theBit.nz
HomeNewsPatent suggests OnePlus may get on the foldable bandwagon
News

Patent suggests OnePlus may get on the foldable bandwagon

Patent suggests OnePlus may get on the foldable bandwagon 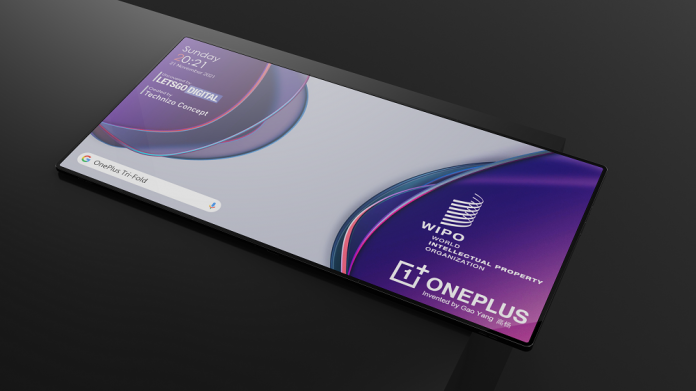 Earlier this year, OnePlus posted a social media teaser on the eve of the Samsung Galaxy Z Fold 3 launch hinting that it would be joining the foldable race too.

It turned out to be a side-splittingly hilarious marketing campaign where the company was instead offering 50% off the OnePlus 9. Ba-dum tsh.

But now it looks like the company does actually have plans to join the foldables race, if a new patent uncovered by Let’s Go Digital ever comes to fruition. The design shows a tri-fold design where the handset folds over twice onto itself, which is distinct from another Samsung idea where the phone folds in a ‘Z’ shape.

The screen can apparently be held in shape via a magnetic slider, which will stop the display from flopping about when you’re trying to use it as a tablet. Other than growing from a regular sized phone into a medium sized tablet, Let’s Go Digital reckons it can be folded into a triangle, which would be a handy way of propping it up if you’re wanting to watch something.

Less usefully, the site reckons it could display different things on each side, letting someone watch YouTube while another person sends messages — a feature that has literally never been demanded by anyone in the history of smartphones.

Perhaps a bigger concern, though, is that this design requires two hinges, which means double the vulnerable break points. Lest we forget, the original Samsung Galaxy Fold had all kinds of problems due to grit and dust getting into the hinge mechanism, and it required a complete redesign before the product went on full sale thanks to reviewers’ models breaking. It feels that including two hinges is just asking for trouble, therefore.

That is, of course, assuming that this ever becomes a commercially available product. Sometimes patents are just ideas grabbed before anybody else plants a flag. Still, for anyone let down by the company’s earlier social media hoax, this does at least offer some hope that next time, it’ll be serious.