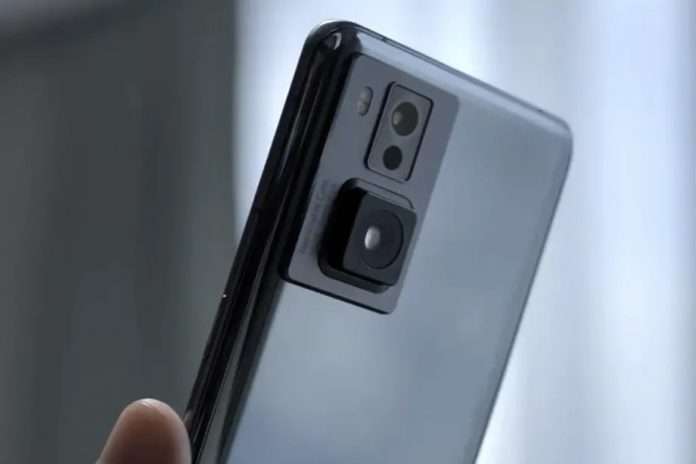 Are you feeling the festive spirit yet? You should be, as we’re in December and that means everyone is counting down the days to that most magical moment of the calendar… Oppo’s Inno Day.

This year, Oppo’s elves have been working on something very special indeed, as this 15-second teaser on Twitter demonstrates. It’s a “self-developed retractable camera” capable of popping out of the phone’s frame, just like a point-and-shoot camera.

The phone pictured is a generic Oppo handset, but it does have some specs written on it: a 1/1.56-inch sensor with a f/2.4 aperture and a 50mm lens. While that definitely doesn’t sound like a telephoto lens, theoretically a moving sensor could definitely be a boon for long-distance shots too.

Moving parts and phones don’t tend to go too well together, but Oppo has at least given some thought towards durability. Not only does one shot show the camera covered in water — which you’d hope means water resistance, rather than signs of overly powerful water pressure in the company offices — but it looks like the camera can detect when the phone is dropped, giving it time to retreat into its shell before the phone hits the floor.

That sounds like witchcraft, but it’s actually something we’ve seen before from sister company OnePlus in the OnePlus 7 Pro, back when pop-up selfie cameras were (very briefly) all the rage.

Oppo Inno Day is, as the name suggests, a day for innovations — though not necessarily innovations which are immediately available. Last year the company showed off a rollable smartphone which is still nowhere to be seen, so it’s possible this will be another thing that’s just demoed and then sent back to the labs for more refinement.

We’ll know more on the 14th and 15th December, when the company also intends to show off its first ever Neural Processing Unit and, by the looks of it, a pair of smart glasses. Happy Inno Day everyone!