theBit.nz
HomeNewsNZ late to the AI party - and it’s costing us
News 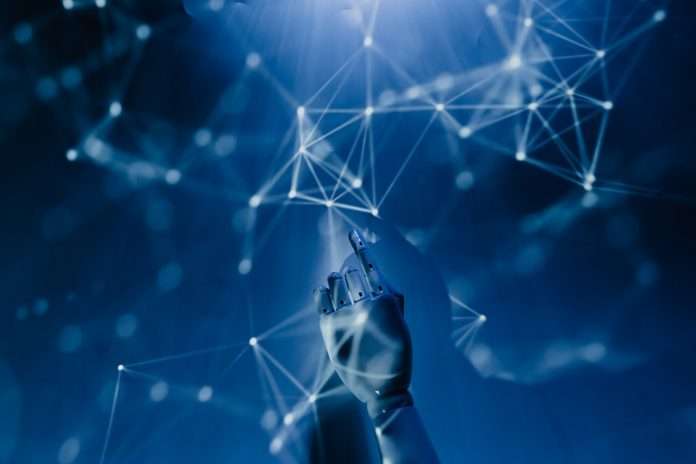 You may not have heard but in April the Artificial Intelligence Researchers Association had its first meeting at Hobbiton, where over 30 senior researchers from around the country presented on a broad range of topics – including Deep Learning – a subfield of Machine Learning that imitates the way humans gain certain types of knowledge – ie. algorithms getting smarter on their own – deep fake detection, ethics and natural language processing.

But, if that sounded like fun a white paper by the association, out this month, highlights how far behind other countries New Zealand is in this space.

A lack of investment in research, talent and government support are just some of the challenges it points out.

AIRA believes that if we fail to invest in AI research and adoption, we will lose the ability to compete effectively in large markets such as the US, China and the European Union.

“This situation risks Aotearoa New Zealand losing the ability to tailor AI to our local needs, priorities and ethical standards, and not being independent in terms of technology or data sovereignty.”

Along with that, in October, a survey by New Zealand’s largest data specialist business Qrious found that just one in five organisations were utilising AI; just 7% were engaging in core practices supporting widespread AI adoption, but 17% were not considering AI at all.

The report found that the majority of businesses are still in trial stages – with just over one third taking their first steps to building AI capability. Most have only run ad hoc pilots or applied AI to a single business process.

Even those making moves in the sector face an uphill battle.

AI operates on data, and one barrier facing industries like agritech here is the expense in collecting enough of that data to write effective programs. In such a small market the lack of targeted government support is holding businesses back.

Getting a robust and rigorous AI strategy up and running is key as AI increasingly governs all aspects of our lives – from the YouTube video Google’s AI has loaded up for you to watch next to whether or not an insurance company will accept your insurance policy.

AI is technology with incredible potential but also one with inherent risks, especially around privacy, inequity and biases, that need to be carefully managed.

This month Auckland, Otago and Massey Universities hit the headlines over their use of ethically questionable AI technology to monitor students during online exams.

The technology required students in certain courses to download a programme onto their computer, which then watched and listened to them through their webcams in a bid to maintain academic integrity.

I’ve written previously about the NZ Police trialing controversial face recognition software (New Zealand, like many other jurisdictions, has a regulatory gap that permits this kind of surveillance which has been shown to exacerbate racial/sexual bias.)

Globally many contend AI was partly responsible for Brexit and the election of Trump in 2016 – when companies harvested available data and then targeted users through Facebook.

But for every horror story there’s another of innovation and AI doing good.

In 2020 the WHO launched Florence, created by NZ based Soul Machines – as a trusted source designed to help the world’s 1.3 billion tobacco users quit. It uses artificial intelligence to dispel myths on both Covid-19 and smoking.

Further, AI proponents reckon that getting AI to do all the boring, repetitive tasks will free people up to focus on higher value, more fulfilling activities.

And, while that sounds great in theory, the long term impacts of that on the labour market haven’t kicked in yet.

Indeed when it comes to a local strategy New Zealand is still in the discussion stage.

We do have an Algorithm Charter, governing government departments but while the Minister for the Digital Economy and Communications, David Clark, is great at inspirational speeches about the potential of AI – progress around the industry centered the Digital Technologies Industry Transformation Plan – the AI strategy is a workstream of this – has been painfully slow, and each month we’re falling further behind our competitors; (Clark is also behind a Digital Strategy for Aotearoa which is a broader look at the digital space, the results of which are expected next year.)

This year Canada invested $NZ489 million over the next decade into AI research and businesses; Australia announced in May that it would invest AU$1.2 billion in their digital future, with AU$124.1 million of that directed towards initiatives in building AI capability, including a National Artificial Intelligence Centre. That plan has been in effect since 2018.

Any strategy must encompass tools to ensure AI serves us and not the other way round – because, with a wealth of data at its disposal, AI is becoming smarter than even those very smart people who write the code for its algorithms – as more data is available for it to learn from and adapt to every second.

Already machines can drive, play chess, build cars and identify faces much better than us and that is only going to accelerate in the coming years.

Mo Gawdat, a former chief business officer of Google, says, in his book Scary Smart, that humanity is in for a wake-up call.

He calculates we’re eight years away from the end of the episode of history that started with humanity, being the smartest being on the planet, and the apes being second.

“In eight years from today, the smartest being on the planet is going to be an artificially intelligent machine. And we’re going to be the apes.”

By 2049 he calculates that AI will be a billion times more intelligent than us and draws a fascinating comparison.

He writes about Superman, the child, who was adopted by loving, caring parents.

As we know they encouraged him to use his superpowers for good and instilled in him a strong sense of morality.

Then Gawdat explores another scenario – what if Superman’s adoptive parents were greedy, aggressive and self-serving? Superman would then be a super-villain – not a super-hero.

Think of young Superman as AI today; that is the challenge he believes we face as a society.

It is up to all of us, he says, to bring this wonder kid up with ethics and morals; otherwise our currently infant AI supermachine might well turn out to be the worst kind of teenager.

“The machines will have the intelligence to design solutions that favour preserving our planet,” Gawdat writes in Scary Smart when considering the issue of climate change, “but will they have the values to preserve us too, when we are perceived as the problem?”

The dangers inherent in AI mean that the question of how New Zealand embraces AI shouldn’t be left to the tech sector alone.

The government and wider society also need to have input or else risk having that power taken away from us.

New Zealand’s small size and belated action in this area make a robust and ethically sound AI strategy vital; otherwise we risk encountering that belligerent teenager sooner than we think.