No recognition, little reward – women in tech speak up

No recognition, little reward – women in tech speak up 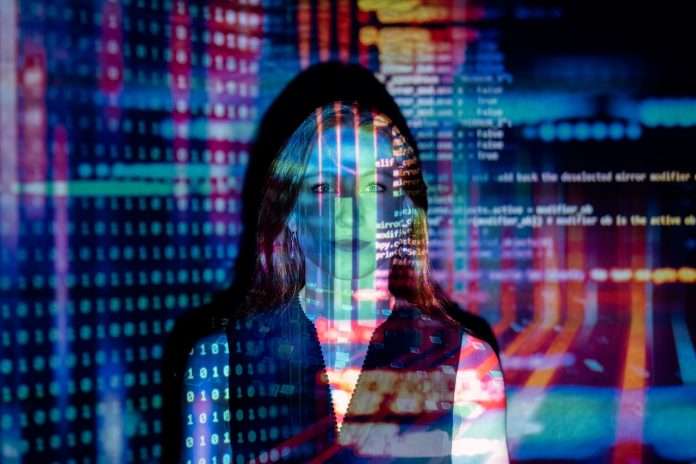 The gender gap, slowly closing in many industries, remains a chasm in tech. Of the 19,456,000 professionals working in tech only 28 per cent of them are women, according to LinkedIn.

A recently released survey ‘Women in Tech: Are we there yet?’ by leading tech recruiter Talent that surveyed over 400 people across Australia, New Zealand, UK & the US, finds that those women are getting a raw deal and points to a mansplaining culture, full of implicit biases and a “mates first” outlook.

While the move to equality in the tech space has gained some high-profile scalps – Uber’s founder Travis Kalanick was forced to step down as CEO in 2017 because of a work culture that discriminated against female employees – women remain underrepresented and underpaid in the sector.

“Men can be in positions where they have the opportunity to hire their mates. That relationship can take precedence to the exclusion of others,” said one woman who attended the Talent event which also captured first-hand experiences of women working in tech roles.

Another commented – “It’s a man’s club. If you speak out as a woman or are not 100 per cent positive about everything a male has put in place, you are labelled as negative.”

Another, who has been in the tech sector for twenty years, says that she had seen very little change in the blokey culture in that time.

The feedback was clear – male colleagues were more recognised, attained opportunities quicker than their female counterparts and, more often than not, promoted their mates from within.

Hard work and talent, if you’re a woman, is rarely recognised or rewarded.

Little wonder then that women are leaving tech roles at a 45 per cent higher rate than men.

When asked “do you see a clear path for your career at your current employer?” 56 per cent of women surveyed said they didn’t.

The findings paint a sorry picture of a male dominated industry that often pays lip service to issues of gender equality, but does little to implement them.

44 per cent of those surveyed felt that they have been overlooked for promotions due to their gender and over half – 57 per cent – believe family responsibilities have either a negative or strongly negative impact on their careers.

“Women are quite often the ones who are working more flexibly, or part-time, and what that means is they often don’t have access to opportunities for development or promotion,” she says. “We need to look more closely at systems and processes to disrupt that.”

Many women felt that their decision to start a family meant their career progression stalled.

One event attendee commented that after returning from maternity leave she had to – “start again learning technology… I was taken off projects, allocated less important projects, and sales teams stopped engaging me completely within six months of me going on leave.”

Others spoke of being doubtful they would “survive” maternity leave.

The situation doesn’t improve as women climb the corporate ladder.

One woman shared that her boss didn’t invite her to a meeting for an entire year; another spoke of an agreement she had with a sympathetic male colleague to repeat anything she says that is ignored – “The room always listens to him. It’s not really funny – but for the greater good of the business this is my workaround.”

This kind of discrimination occurred across all levels – from entry roles to C level – according to the survey.

Over a third of women, from all levels, complained of not having a seat at the table, or feeling that they were excluded from decision-making conversations.

It’s a situation Rebecca Chenery, NZ’s 2020 Top CIO of the Year is familiar with.

“On a daily basis there is a really visible underrepresentation of women particularly in senior roles in tech,” she says.

“Women have to look a long way and it’s really hard to see themselves. That affects the extent that they can see role models and the extent in which they feel comfortable putting themselves forward.”

That speaks to one of the most troubling findings in the survey.

The lack of recognition or reward for women in tech has led to 38 per cent of those surveyed “deselecting” themselves from senior roles, deciding – incorrectly in most cases – that they don’t meet the criteria. That ensures that women’s careers move horizontally while their male peers progress quickly up the corporate ladder.

While the general gender pay gap is 13 per cent in Australasia, that rises to 20 per cent in the tech space.

One survey participant wrote that she has men working for her who get paid $30k more than her.

Jones believes that the key to levelling the playing field is transparent pay.

“Companies need to be very clear about what constitutes a role level. Skill, behaviour, impact. They can document that and tie that to pay ranges and communicate pay ranges when they advertise for new roles.”

One of the strategies to foster change, signalled in the survey, is for women to find and utilise mentors.

Angela Lam, CIO of Shell Australia, spoke at the event of how a sponsor helped her immensely at a challenging point in her career.

“I remember coming off maternity leave and I was asked to run the IT department and join the executive team. That was foundational for me in thinking I can do this… I told my leader that a time didn’t work for me for an executive meeting and she said to me, “that’s fine we can move the meeting”, she opened doors and created an environment where it was made possible for me to actually do this…”

The survey also urges companies to ensure that women are represented on the leadership team – a key criteria in women deciding where they want to work.

The survey paints a sobering picture of women in tech – how can the NZ tech industry lead the change?

They say never waste a good crisis and currently we are in one of the most skill short and competitive markets for talent in many years.

I think we need to ask the opposite question – what is the risk to the NZ tech industry if they/we don’t lead the change?!

The tech industry needs to own the problem.  This isn’t a “diversity thing” – this is about having the skills, resources, capabilities to deliver what the NZ tech industry wants to deliver and quite simply a huge potential talent pool isn’t being attracted, promoted or retained.

Our research revealed the top three things women in tech want organisations to start doing right now to make a positive change. These are;

Therefore, from an industry perspective, organisations can take ownership of these initiatives and start driving real change.

What was the most surprising finding of the survey for you?

We seem to be talking about diversity more than ever but somehow going backwards.  The stats here are staggering.  We need action.

Our key takeaways from our report were;

What’s the first step to getting rid of the abiding blokey culture in tech?

As mentioned above there are a number of things that organisations can start doing to make a positive change right now according to participants.

Extending that past the top three we also have;

I would also add that as leaders we need to own this.  We sign off on every salary, every promotion, every hire.  We know when events are being held.  We know who is invited to decision making meetings and not.  We choose which recruitment companies to partner with.

This is not something that is just happening. These situations exist based on decisions that are made every day, and that is down to every leader to take ownership of.

One of the findings was that women are deselecting themselves from senior roles – what’s your advice to a woman who is unsure of whether or not they “fit the criteria”?

I have deeply personal feelings about this because I have also done this throughout my career and I know how hard it is to shift.

I also think though that we need to be careful of not always “fixing the women”…we need to “fix the room”.

As Emma Jones said in the event, it’s also about women who are in those positions of power, throwing down the ladder to help other women climb up. Fighting for greater equality, opening up opportunities, and advocating for women from the inside is key in making a real difference.

Facebook
Twitter
WhatsApp
Linkedin
Previous articleSamsung to throw everything at the wall with Galaxy Unpacked, but will anything stick?
Next articleCryptocurrency value surges as Amazon job ad spotted