theBit.nz
HomeNewsNews Partner Programme launched by Apple (not for NZ, though)
News

News Partner Programme launched by Apple (not for NZ, though)

News Partner Programme launched by Apple (not for NZ, though) 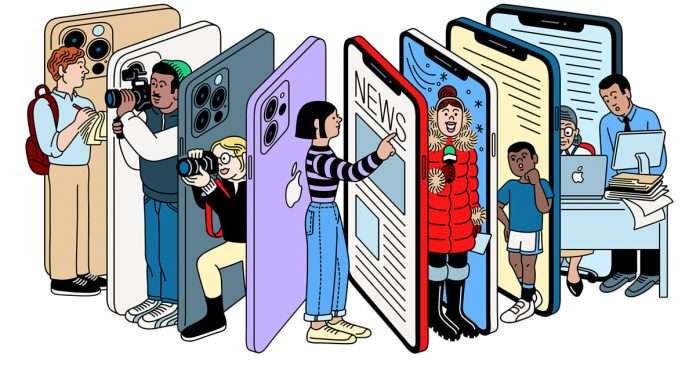 Apple has introduced the News Partner Program, a new set of initiatives to expand Apple’s work with and support for journalism.

The News Partner Program aims to ensure Apple News customers maintain access to trusted news and information from many of the world’s top publishers, while supporting publishers’ financial stability and advancing efforts to further media literacy and diversity in news coverage and newsrooms.

Apple states “Participants must maintain a robust Apple News channel in Australia, Canada, the United States and the United Kingdom, and publish all content to that channel in ANF. For publishers based outside of these regions and who do not publish in ANF, they must share content via an RSS feed as permitted by their rights.”

However, Apple News is officially only available in the U.S., U.K., Canada, and Australia. Meaning NZ publishers and readers won’t be able to benefit from the announcement.

The move follows the Google News Showcase and Google News Initiative by which the giant tech company pledged $1bn towards news partnerships with news makers worldwide – including New Zealand, where several publishers have stepped up to work with Google.

Apple says its News Partner Program is designed for subscription news publications that provide their content to Apple News in Apple News Format (ANF). ANF enables an exceptional reading experience on Apple News and unlocks the full benefit of the platform for publishers, and empowers publishers to create brand-forward stories, immersive issues and audio stories, with designs that scale seamlessly across Apple devices.

ANF also supports advertising, and publishers keep 100 per cent of the revenue from advertising they sell within Apple News. To support publishers who optimise more of their content in ANF, Apple News is offering a commission rate of 15 per cent on qualifying in-app purchase subscriptions from day one.

“Providing Apple News customers with access to trusted information from our publishing partners has been our priority from day one,” said Eddy Cue, Apple’s senior vice president of Services.

“For more than a decade, Apple has offered our customers many ways to access and enjoy news content across our products and services. We have hundreds of news apps from dozens of countries around the world available in the App Store, and created Apple News Format to offer publishers a tool to showcase their content and provide a great experience for millions of Apple News users.”

Publishers may apply for the News Partner Program beginning today.

Publishers can learn more about and apply for the News Partner Program at developer.apple.com/programs/news-partner.

Apple meanwhile says it is recommitting support to three leading nonprofit organisations — Common Sense Media, the News Literacy Project and Osservatorio Permanente Giovani-Editori — that offer nonpartisan, independent media literacy programs. Apple has been supporting the work of these organisations over the past two years as part of ongoing efforts to empower young people with critical thinking skills.

The News Partner Program will also support, fund, and collaborate with additional leading organisations globally that educate news consumers on media literacy and further efforts to diversify news coverage and newsrooms. Specific projects the News Partner Program will support will be announced at a later date, and will represent organisations doing critical and impactful work on these issues.