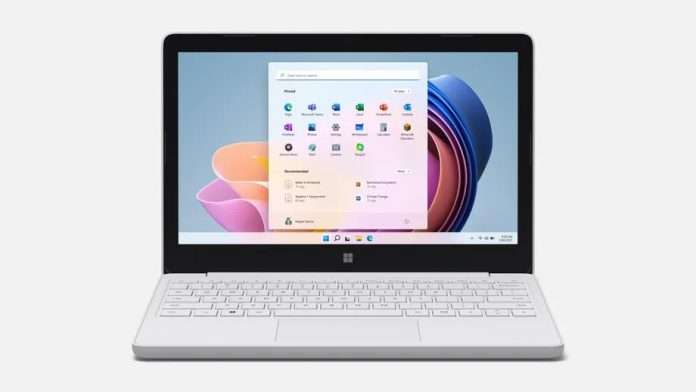 For years now, in the education sector, Google has been slowly but surely eating Microsoft’s packed lunch. Cheap and cheerful Chromebooks have been gnawing away at Microsoft’s market share thanks to Chrome OS’s lightweight footprint that makes even dirt-cheap laptops feel ‘fast enough’.

Well, now Microsoft is fighting back with the Surface Laptop SE — or “Student Edition” if you were wondering what it stood for. While its specs are nothing to write home about — an Intel Celeron N4020 or N4120 backed by 4/8GB RAM and 64/128GB of eMMC storage — the price is certainly appealing at just US$249 (~NZ$351).

To be clear, this is a world away from the regular and expensive Surface Laptop range of Ultrabooks. It’s a considerably more chunky offering, featuring an all-plastic body and a 11.6in display with a low 1,366 x 768 resolution. That means it’s the first Surface device to get the 16:9 aspect ratio treatment, with past laptops championing the unfashionable 3:2 format.

It uses Windows 11 SE, a version of the new OS designed specifically with students in mind. Microsoft software — including Office and Minecraft — are front and centre here as you might imagine, with apps automatically opening in full-screen mode, with the ability to snap two side by side to help with those research-heavy assignments.

The most interesting thing about the Surface Laptop SE, however, is its repairability. Considering the original Surface Laptop achieved a repairability score of 0/10 on iFixIt, that’s somewhat surprising. Indeed, I’ve found this out first hand, and my Surface Laptop 2 required a whole wooden covering after a curry-related accident.

But as this is for use in schools, Microsoft has accounted for children’s general clumsiness, and has made the display, battery, keyboard and motherboard easily repairable by IT departments, rather than forcing students to go without their laptops for weeks on end.

The Surface Laptop SE will go on sale next year via education channels, and apparently won’t be available in stores. For now, it’s set for release in the US, UK, Canada and Japan, though presumably that may be expanded if Microsoft can make a dent in the Chromebook’s dominance.