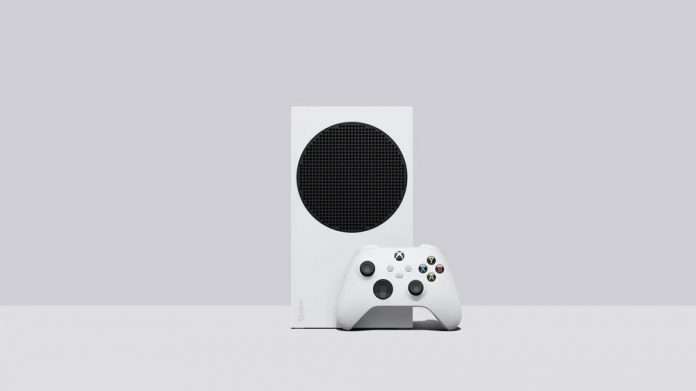 Eighteen months into the Xbox Series S’ life, Microsoft has noticed it forgot to include a disk drive. Or, more accurately, the company has likely noticed the ceiling this drive towards digital games has put on the console’s sales, and come up with a plan to rectify things.

You would think an official Blu-Ray drive accessory would do the trick, but Microsoft may have something more elaborate in mind, perhaps wary of the failure of the HD-DVD drive it manufactured for the Xbox 360. GameRant has spotted a patent for a system that would validate ownership of a physical game, thus giving you a licence to download the digital version.

Microsoft seems to think this would be of special value given its interest in backwards compatibility, given over 700 Xbox and Xbox 360 games are now playable on the Xbox Series S and X. “Many next-generation video game devices being developed are configured without hardware components for playing physical video game media,” the patent explains — as if a company that manufactures games consoles has no say in this matter.

While you might assume such an authentication device would look like an external disk drive, the patent doesn’t explicitly describe it as such, and it’s possible that any Xbox with a disk drive — the Series X or One, for example — could do the honours. The problem there, of course, is that if they already have a disk drive, they don’t really need the feature — nice as it is for the terminally lazy not to have to switch disks every time they want a change.

There’s also the tricky issue of mass piracy if people spot the loophole and start sharing their disks around. Maybe Microsoft has an anti-piracy solution in mind, or perhaps it doesn’t care if this authentication is exclusively for last-gen games it no longer sells in store.

Or maybe the company believes a little minor piracy is worth the price of getting more Xbox Series S consoles in homes, if it drives millions more Game Pass subscriptions.

In any case, for now this is just a patent that may or may not be taken any further. But it’s nice to know that Microsoft hasn’t forgotten those of us without disk drives.