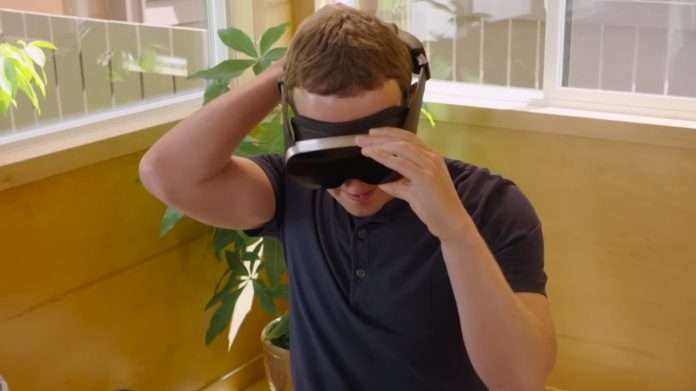 Butterscotch, Half Dome, Starburst and Holocake 2 may sound like extras from the cast of My Little Pony, but they’re actually VR prototypes that Meta (née Facebook) is noodling around with.

Right now, as immersive as virtual reality can be, you’re not going to think you’re in the real world, and each of the four headsets tackle a different problem to try and trick eyes and brains into believing the signals sent to your eyes are genuine.

Regardless, you can meet all four prototypes in the short 90-second clip above, but if that’s too much effort, here’s an executive summary.

First up, there’s Butterscotch, which looks pretty similar to the kind of headsets Oculus has already put out, albeit with a chunkier visor.

“We need retinal resolution and that means getting up towards about 60 pixels per degree,” Zuckerberg explains. Butterscotch already lets you read the smallest letters on a virtual optician’s chart. Nice to know that the dull life admin of real life is coming to VR, but that’s all part of the metaverse, I guess.

“Normal monitors are a set distance away so you just focus on one place. But in VR and AR you need to be able to focus on things that are very close and very far from you.” Half Dome uses varifocal and eye tracking tech, letting you focus on objects at any distance.

Starburst, meanwhile, is designed to offer the kind of brightness, contrast and colour accuracy that our current panels just can’t match. It’s the first HDR VR system that the company is aware of, and there may be good reason for that given the bloody great cooling fans it needs on top to function.

And that explains the final prototype: Holocake 2. Looking like some chunkier skiing goggles, it represents Facebook’s dream VR system, and it’s significantly lighter than headsets on the market.

It’s a working prototype with holographic displays that can already play PC VR experiences — but the trouble is that it doesn’t contain the tech from the other prototypes yet, and that’s the ultimate goal.

“There’s still a long way to go, but I’m excited to bring all this tech to our products in the coming years,” Zuckerberg says in closing.

That’s where the billions that Meta has amassed with Facebook ads come in handy — you can’t imagine any other companies pushing this much money towards mixed reality, except maybe Apple.

Perhaps that doesn’t make up for the whole Cambridge Analytica subverting democracy snafu, but it’s a start.