Is Kanye’s Donda Stem Player more than just a money-grab?

Is Kanye’s Donda Stem Player more than just a money-grab? 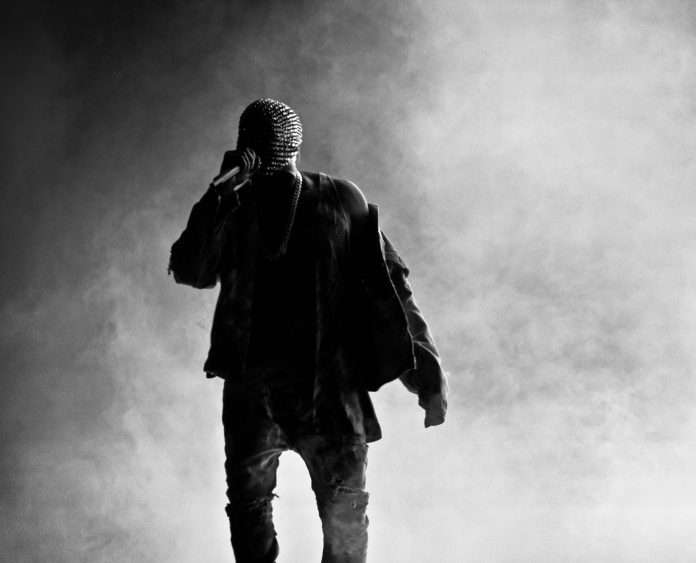 Music writer Charles Holmes nailed it – “being a Kanye fan is akin to being a frog carrying a scorpion across the deepest body of water. If the venom doesn’t get you, the cool black liquid filling your lungs will.”

But whatever you think of Kanye West you’ve got to give it to him – he’s a marketing genius.

Before it was even released the billionaire rapper’s tenth, and much delayed, solo album Donda named after his late mother, had already earned more than $12 million USD.

Then there’s the $7 million USD made from in-person merch sales.

There was also an Apple Music livestream which involved a soundless stream of the artist at work; viewers could watch Kanye work out, sleep, eat a chicken sandwich and record a few vocals in the bowels of the Atlanta Falcons’ football stadium where Kanye and his team had set up shop.

Last Friday I spent much of the afternoon here waiting for his third Apple Music listening party livestream to start.

Kanye shared the porch of the Donda house – (a replica of his Chicago childhood home set up in the middle of the Chicago Bear’s NFL stadium) – with cancelled rock star Marilyn Manson and homophobic rapper DaBaby. He also “remarried” Kim Kardashian at the event’s conclusion, after setting himself on fire. He also sold a lot more merchandise to the estimated 40 000 who attended.

Remix to your taste

If you can get past that the album, which dropped this morning – (not without controversy) – is his best since 2013’s Yeezus, a compelling, if overlong, psychodrama of sin, divorce and redemption.

But from a tech point of view the most interesting thing about the release is Kanye’s  Donda stem player – made by UK based Kano electronics that released a Harry Potter coding wand in 2018.

The stem player appears to skew toward Kano’s toy roots, at least in appearance. It looks like a palm-sized UFO – complete with flashing lights.

Kanye was seen using a stem player in March and had been talking about it as far back as 2019 – but now it’s official.

And the device looks like it’d be fun to use.

It allows users to create their own mixes of any track on the two hour long Donda.

They can isolate parts, add effects and control vocals, drums, bass and samples.

Users can share mixes to the stem player website, but all the Donda tracks and any resulting remixes remain copyrighted to the artist.

That website is also where you get new official content; no, you can’t just connect it to your laptop and extract audio – you have to download it from the site through your web browser.

You also can’t record into the device as it doesn’t have a microphone input.

It’s a little unclear how this would, or could, work with other artist’s music, but the device does open up a potentially lucrative licensing sideline for West.

The cost? $200 USD with the website promising it’ll ship “this summer” in the US – ie. very soon – although it’s Kanye, so I’d take that timeline with a grain of salt.

Many in the hip hop community have been doing this for years on their laptops using Logic or Pro Tools with online stems – but this is the first portable product that enables the practice in an immediate, artist-approved way.

Essentially Kanye’s open sourcing his music – inviting fans to collaborate and put their own spin on his tracks, giving a new generation access to the kind of music making that drove hip hop before the record companies woke up and started enforcing sample copyright.

Like that vocal inflection? Well now you can sample it and add it in wherever you think sounds good – or bring the bass and beat up and mute that annoying DaBaby verse.

While the stem player is not going to supplant any professional studio products it opens up the technology to ordinary fans who can fool around with the stem player like they might a mobile video game. If it wasn’t so pricey I could see it appealing to young kids.

Neil Young’s Pono, a portable digital media player and music download service for high-resolution audio which launched with much hype – and a lot of help from Salesforce CEO Mark Benioff – in 2015 was out of business two years later.

Part of that failure was its unwieldy, Toblerone shape, the fact that it cost an eye-watering $399 USD and the sad truth that not enough people cared about having access to high resolution audio – the stream from their phone plenty good enough for many – (Young has since moved all the high res audio to his website.)

Likewise Kanye’s device could be a short-lived gimmick – but it is the first piece of consumer focused music hardware in recent memory to present a new way to experience an artist’s music.

But it does raise some questions.

In the short term many fans might get a kick out of remixing Kanye tracks on the fly – but how long will that last? Won’t most listeners just be happy with the mixes that drop on their preferred streaming service? I guess we’ll find out.

Disrupting the accepted album release pattern is nothing new to Kanye.

He kept remixing 2016’s Life of Pablo album a month after it was released – a process Twitter’s Jack Dorsey approved of. He tweeted recently – “And…this is unlikely and maybe against the creative process…but it would be incredible if @kanyewest put out #DONDA as it is now and continued to update it until he feels it’s “finished”…so we can all witness the work evolve in real time.”

Which is exactly what Kanye’s done with those listening parties – all the while making bank.

Most of Kanye’s money of late has come from his sneaker and fashion brand and the stem player sees him entering a similarly competitive space – tech hardware.

For someone who regularly refers to himself in the third person that’s not a daunting proposition.

“I think what Kanye West is going to mean is something similar to what Steve Jobs means,” Kanye once said when asked about his place in culture.

“I am undoubtedly, you know, Steve of internet, downtown, fashion, culture. Period.”

Whether he’s also the “Steve of the stem player” we’ll just have to wait and see.