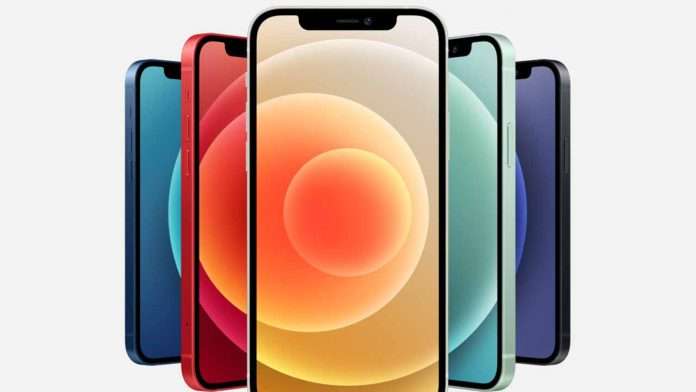 It’s relatively easy to predict when Apple will release its next iPhone. Previous iPhone release dates show a distinct pattern, iPhones are usually released in the second week of September.

Of course, there’s no guarantee that Apple will stick to its tried and true release date pattern, however if previous launches are a guide, the tech giant has a launch date it likes to stick to (so long as all goes well.)

We think the iPhone 14 will be released around mid-september 2022.

Apple likes to announce its products with flair and throughout the years, Apple’s iPhone Events have consistently occurred at the beginning of September.

Based on this we think the iPhone 14 will be announced early September 2022 and then released a few weeks after.

What will the new iPhone be called?

With the iPhone 13’s release there was speculation that Apple would avoid the number 13 as some cultures see that as a bad luck number. This obviously wasn’t the case and we can’t think of anything inherently wrong with the number 14 so we expect the next iPhone to be called iPhone 14.

We expect the iPhone 14 to have 4 versions similar to the iPhone 13 however, well-renowned analyst Ming-Chi Kuo suggests that Apple will discontinue the Mini version of the iPhone, instead replacing it with a new model, the iPhone 14 Max.

This seems feasible as the iPhone 13 Mini didn’t sell well and supply chain orders have recently been cut by Apple potentially due to the poor reception.

If Ming-Chi is to be believed that means we could still see four different iPhone 14 models, albeit without the iPhone mini:

How much will the iPhone 14 cost?

The price of the iPhone 14 hasn’t been officially released yet however we expect the entire range to be similar in price to the iPhone 13 range. See below:

The iPhone 13 didn’t do much to change the look and feel of the iPhone and we expect the same from the iPhone 14.

Apple has a tendency to update the design of its iPhone every 2 generations. The iPhone 12 and iPhone 13 look very similar so we may see some major changes with the iPhone 14. Well-known Apple analyst Jon Prosser released a YouTube video that claimed to show a first look at the iPhone 14. If this is to be believed the iPhone 14 will have minor changes like a redesigned notch, flat edges and a flush camera array. (More on this below)

With that in mind we predict the iPhone 14 is going to look a lot like the iPhone 13 with the “Pro” versions being larger than the other models.

Ross Young, CEO of Display Supply Chain Consultants and trusted Apple analyst, released what he claimed was a leaked image that highlighted what each version of the iPhone 14 would boast as their displays.

Both the iPhone 13 Pro and the Pro Max sported a 120Hz LTPO display. While it would be great to see all four models boasting LTPO displays, Korean website The Elec says that at least one iPhone 14 model will stick with an LTPS display, meaning a maximum of 60Hz.

We can assume the lower model iPhone 14 will be the model that sticks with 60Hz however Ross Young’s leaked image claims that the new iPhone 14 Max will have a 60Hz refresh rate as well.

Ross Young also released an image and a tweet stating that the notch on the iPhone 14 won’t be an invisible notch, instead Apple will utilise a hole and pill design on the Pro models, the iPhone 14 Pro and Pro Max.

Ross Young claims the pill part of the two hole design will be for the front-facing and IR cameras while the hold punch will house the Face ID dot projector.

Whether or not this new two hole design will make its way to the standard iPhone 14 and the iPhone 14 Max is unknown.

Well known Youtuber, Jon Prosser and respected Apple analyst claims that the iPhone 14 will stick with flat edges. He claims that the edges will house a mute button and rounded volume buttons for volume.

He claims the edges will be made out of titanium which is an incredibly strong material making the iPhone 14 models some of the strongest iPhones yet.

In the same video, Prosser offers 3D renders of the iPhone 14. If these are to be believed the iPhone 14 will get rid of the camera bump. He claims the lenses, LED flash and LiDAR scanner will sit flush with the glass on the rear of the phone.

There’s a bit of disagreement in regards to what cameras the iPhone 14 will have. Probably the most popular and one of the most well-respected Apple leakers, Ming-Chi Kuo claims that the iPhone 14 Pro models will boast a 48MP main camera.

This rumour was put into contention when another tipster “It’s Fat,” claimed that the iPhone 14 Pro will use the same IMX703 sensors as the iPhone 13 Pro.

There hasn’t been any rumours in regards to the standard iPhone 14 and its cameras however from “It’s Fat’s” claims we can assume they will house the same 12MP sensor as the iPhone 13 range.

An area where Apple doesn’t lead the market is its telephoto lens. A recent Apple patent shows that Apple is currently working on a periscope-style zoom camera however it looks like this will be coming to the iPhone 15 (or whatever the next iPhone will be called) according to leaks provided by Apple analyst Jeff Pu.

There’s no doubt in our minds that the iPhone 14 will have an A-series chip. We’re unsure whether it will be the new A16 chip or the A15 used in the iPhone 13 range.

According to Ming-Chi Kuo only the pro models will be upgrading to the A16 chip. The iPhone 14 and 14 Max will use the A15.

The A14 chip which powers the iPhone 12 range and the M1 processors in the iPad Pro 2021 and MacBook Air/Pro M1 are manufactured to the 5nm process. The 4nm chipsets will be more efficient meaning they’re better on battery life and more powerful so you can do more with them.

Ming-Chi also states that all four new models will come with 6GB RAM.

This leads us to believe that Apple will be manufacturing its own 5G modem for the iPhone 14 seeing as Apple acquired Intels modem business recently.

This control will mean the 5G modem will provide optimised performance and battery consumption for the new iPhone 14 range.

Rumours, suggest that Apple will finally be dropping the lightning port and replacing it with a USB-C port.

This isn’t clear-cut though. Jon Prosser doubts this will be the case and Apple will stick with the lightning port. However, LeaksApplePro claims the change is likely. LeaksApplePro aren’t the most reliable Apple leakers though.