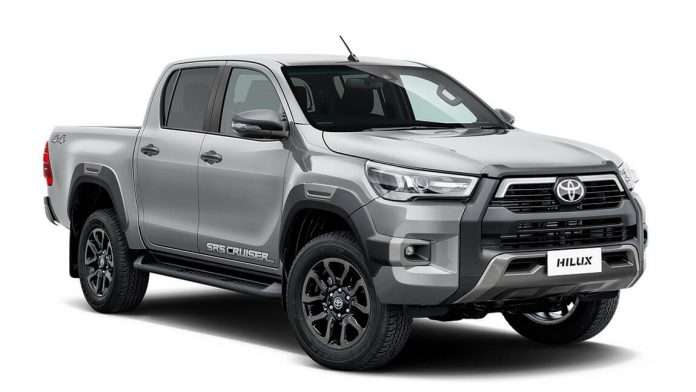 Toyota New Zealand confirmed today that they do not plan to introduce the Toyota HiLux with an electric powertrain until 2023.

Neeraj Lala, CEO, Toyota New Zealand said that 45% of all EVs purchased are luxury vehicles and Toyota aims to ease its transition towards electrifying its complete lineup.

“Hybrid technology is more readily available and is significantly more affordable for everyday kiwis. Battery electric technology is coming but is not quite there yet,m” added Mr. Lala. Toyota also plans to launch the hybrid HiLux in the New Zealand market soon.

This news came in light of the recent ‘feebate’ scheme. A used fully electric car will receive up to NZ$3,450 while a brand new one could fetch up to NZ$8,625 through this rebate.

The available Hiluxs in New Zealand (the petrol and diesel variants) will have to pay an extra NZ$2,900 on purchase.

Toyota plans to enter the EV market with the Lexus UX300e which will be launched in late 2021 followed by the BZ4X, its first electric SUV in 2022.

Facebook
Twitter
WhatsApp
Linkedin
Previous articleBuying a car? Go electric or pay for someone else to
Next articleAndroid’s winter update: Here’s what’s new