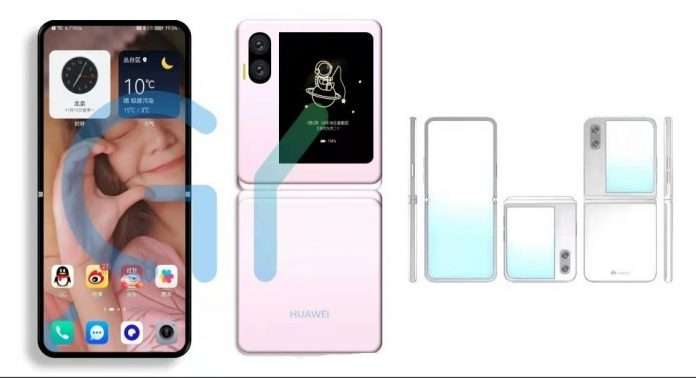 OnePlus isn’t the only Chinese firm looking for a slice of that delicious foldable pie. Huawei, which has already released a couple of Samsung Galaxy Z Fold-alikes in the forms of the Mate Xs and Mate X2, is apparently planning a new foldable that bears a resemblance to the Samsung Galaxy Z Flip.

This clamshell style of foldable is the spiritual successor to the flip phones of the 90s and early 2000s, only now the screen itself physically folds in two. It essentially makes phones that bit more pocketable, as well as letting you prop them open like a laptop for video calls as seen in Samsung’s literature.

Of course, the real appeal is being able to hang up on people with visible anger by snapping the phone shut. Awkwardly tapping the red ‘end call’ button just doesn’t have the same venom.

Word of Huawei’s interest in flip phones comes from Chinese social media platform Weibo, and the evidence comes from the mass production of a new simplified hinge. According to the leaker, Huawei’s phone is “partly stylish and rich in colour,” which presumably is an odd in-browser translation rather than representative of a phone that is, in part, ugly.

While that’s not much evidence to go on, the leaker says that we’ll be able to meet the phone in late December, so we’ll find out if they’re right or not soon enough.

For me, as a foldable sceptic, the clamshell style of flip phone isn’t hugely desirable — though maybe that’s because my pockets are big enough to hold a regular sized phone. At least with the kind that unfolds into a tablet, there’s a practical reason to buy one as it theoretically offers two devices in one. But clamshells should also be cheaper, and price is something that has to come down in order for foldables to go mainstream.

Of course, Huawei has an even bigger bar to mass adoption here, on account of the continuing Trump-era trade embargo that prevents the company using Google’s own apps such as YouTube, Gmail, Chrome and even the Play Store itself.

In other words, while there’s no guarantee that a future Huawei foldable will be sold outside of China, there’s even less guarantee it’ll sell in serious volumes if it is.