theBit.nz
HomeNewsHTC wants you to cosplay as an insect while enjoying VR
News 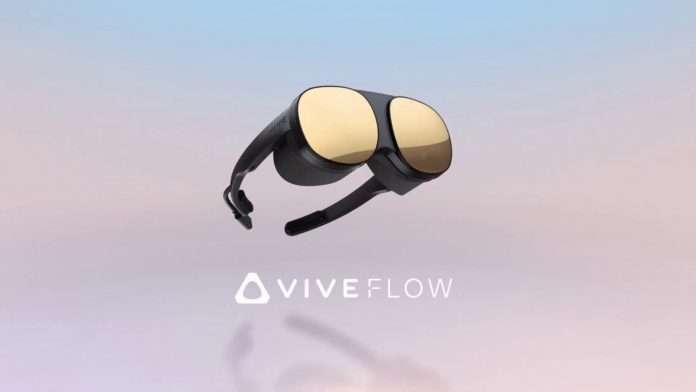 HTC, the Taiwanese company that once made some of the best phones on the planet before all but giving up in a wave of indifference, looks set to unveil a brand new VR headset: the Vive Flow.

And while it’s fair to say that wearing any virtual reality headset is unlikely to make you the most stylish person in the room, this is pretty ugly even by VR standards. Unless, maybe, you’re attending an entomology event where cosplay is encouraged.

Yes, the pictures, tweeted by the prolific leaker Evan Blass, show a headset with two large golden lenses to really push the nerd factor to the limit. If HTC wanted something a bit more playful, they could have included a pair of giant googly eyes, but apparently comic book villain chic was more appealing on this occasion.

But again, those wearing VR headsets probably have long ceased caring what others think of their look, so what does the Vive Flow actually offer? Well, judging from the pictures, it looks like a standalone headset similar to Facebook’s Oculus Quest 2. One slide mentions that the headset has “smarts” built in:

While another mentions internal cooling, which suggests it won’t just be streaming content from elsewhere.

If it is a Quest 2 rival, however, it’s an optimistic one. The final slide shows a price of US$499 — or around NZ$717. To put that into context, the Oculus Quest 2 starts at US$299 for the 128GB model, rising to US$399 for the 256GB version. That’ll really test those who want a VR headset without Facebook’s involvement.

While you may be inclined to take these pictures with a pinch of salt — not just because some of them are clearly poorly Photoshopped stock images — we’re inclined to believe they’re real. Not only does Mr Blass have a truly enviable track record amongst leakers, but it wouldn’t be unheard of for company marketing departments to cut corners, and it’s not even clear if these images were ever intended for public consumption in their current wonky form.

In any case, we shouldn’t have to wait long to find out. HTC has an event tomorrow unsubtly entitled “Go with the Flow” where the Vive Flow is expected to be fully detailed. Watch this space.