theBit.nz
HomeNewsGoogle could have a new-look Nest Hub in the works
News

Google could have a new-look Nest Hub in the works

Google could have a new-look Nest Hub in the works 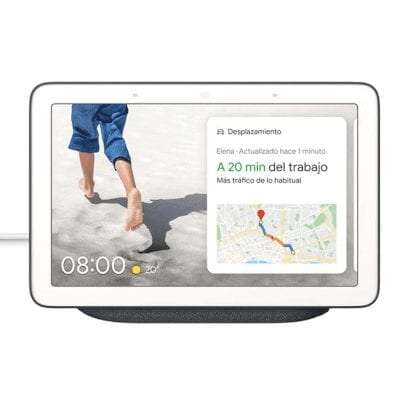 Google could be working on a strange new design for its next generation of Nest Hub, according to 9to5Google.

While the previous Nest Hubs (née Google Home Hub) have looked like a tablet crudely stuck to a speaker, Google reportedly intends to make the new design exactly that. The speaker will be a dock, and the screen will be detachable for use as a tablet on the go, the article claims.

This isn’t a completely new idea. For a while, Amazon did the same with some of its Fire tablets, allowing them to moonlight as an Echo Show with a case and holder that would charge the tablet when docked, keeping it passively listening for the “Alexa” wake word. More recent Fire tablets have a dedicated Show Mode which does the same thing without extra hardware, and Lenovo’s M10 tablet can also attach to a speaker bar.

Both of those solutions use Amazon’s Alexa virtual assistant, but this being a Google Nest device, you’d imagine it would instead opt for Google Assistant. The big question is what OS it would run: Android would seem like the obvious choice, but notably the current Nest Hubs instead use either Google Cast or Fuchsia OS, depending on the version.

Adopting familiar old Android would also open the door to apps, which isn’t something Google offers on the Nest Hub — although the company has recently been adding more tablet-like functionality to the immovable smart display, allowing users to swipe up for apps, and even use something like Google Keyboard.

The report is light on details, with neither size nor pricing mentioned. The current models come in 7- and 10-inch sizes, and while the latter is more familiar to tablet users, I suppose we could see more of a rival to the iPad mini — especially if Google is keen to drive adoption with a low cost of entry.

If 9to5Google’s report is correct, we should know for sure later this year, when the device launches.