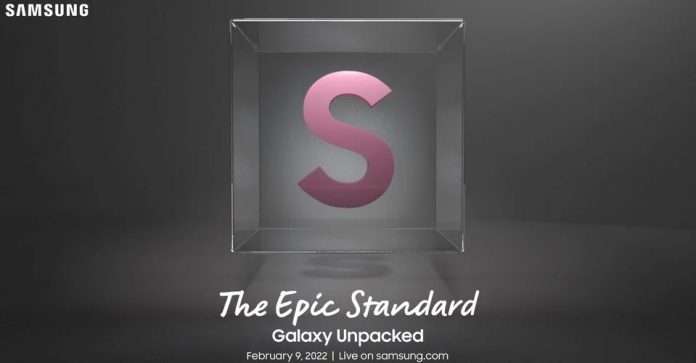 Samsung has unveiled the date of its first Unpacked event of the year, and while the company is attempting to do that cute cryptic thing that all tech brands do with their invites, the Galaxy S22 is such a poorly kept secret that it doesn’t really work.

There’s a big “S”, the promise of setting “The Epic Standard” — whatever that means — and the announcement that it’s all kicking off on February 9 2022. Well, actually it’s the 10th New Zealanders, as it’s all set for 10AM Eastern Time, which is 4AM in Auckland.

If you don’t fancy staying up for that — and who could blame you — the good news is that we already have a pretty good idea of what to expect now with three new Samsung Galaxy S22 handsets coming our way.

The Galaxy S22 and S22 Plus (or maybe ‘Pro’ according to some) won’t look hugely different from the S21 and S21 Plus, although they are expected to be slightly smaller. Of course, on the inside we’ll be getting the usual year-on-year improvements with either the Qualcomm Snapdragon 8 Gen 1 SoC or the Exynos 2200 depending on where you are in the world.

Still, nobody will be able to tell you’ve upgraded at a glance. Unless you go all out and buy the rumoured Samsung Galaxy S22 Ultra, which is said to essentially be a Galaxy Note in all but name with a big, angular design, a larger 6.8in screen and a dock for the S Pen, which is actually bundled this time, rather than an optional accessory.

In an official blog post building hype for the next Galaxy Unpacked, Samsung Mobile president TM Roh discussed how much people missed the Galaxy Note last year, before calling the next Galaxy S device “noteworthy” in a bit of copy which should really have been accompanied by a stage wink. Both these things would be a bit insensitive to Note fans if the company somehow wasn’t planning a Galaxy Note-like device at the upcoming event, after all.

Samsung is so sure that you’re going to like the new handsets, that it’s even allowing eager buyers to reserve the new phones before officially confirmed — a bold move considering how expensive they’ll inevitably be.

This isn’t an option for New Zealanders, however. Maybe the company just thinks Kiwis are too smart to buy something without getting a look at it first?