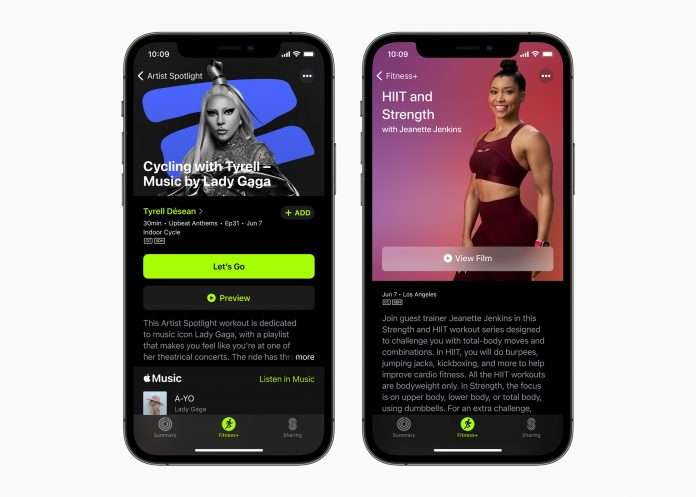 Apple announced an update to its Fitness+ feature for the Apple Watch, with new episodes of Time to walk, a new Artist Spotlight weekly series, and workouts from fitness expert Jeanette Jenkins. This update is expected to go live on Monday, 28 June.

Time to walk is a popular feature that was launched earlier this year for the Apple Watch. The idea is simple: a guest star walks and talks while you walk along with them and listen. A bit like a podcast but yet different. The Apple Watch shows pictures and illustrations of what the current conversation is about. The guest also plays you up to three of their favorite songs.

This new update expands the list of celebrity guests with Apple planning to add more in the future. The currently confirmed guests for this update are as follows.

The Time to Walk feature now covers over 20 walks.

Fitness+ will introduce the Artist spotlight series for workouts on 28 June. These are workouts where the music soundtrack, such an inspiring part of each workout, will be devoted to the music of one artist only.

The first four artists will be Lady Gaga, Alicia Keys, Keith Urban, and Jennifer Lopez. Each week, for the next four Mondays, there will be new workouts across multiple types including cycling, dance, HIIT, yoga, and much more.

A guest trainer is a new direction for Apple Fitness+ and the celebrated fitness expert Jeanette Jenkins has created seven workouts focusing on HIIT and strength.

Jenkins has celebrity clients including Pink and Alicia Keys, whom she has been training for more than a decade and you will be able to recognize some of their songs in the background during these workout sessions.

Facebook
Twitter
WhatsApp
Linkedin
Previous articleHow to get ready for Windows 11
Next articleThe ₿ Word: An initiative to “destigmatize” Bitcoin