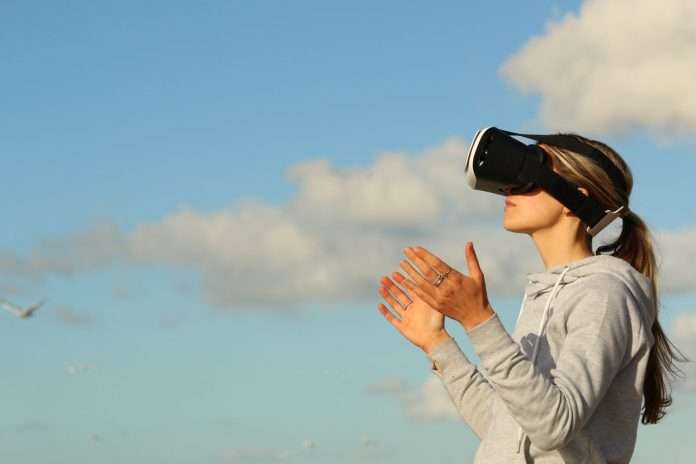 If you thought a two dimensional Facebook was bad enough – steel yourself.

In an interview with The Verge Zuckerberg says Facebook is working hard on a three dimensional iteration which will be part of the metaverse.

His aim is to “create a persistent, synchronous environment where we can be together, which I think is probably going to resemble some kind of a hybrid between the social platforms that we see today, but an environment where you’re embodied in it.”

Sounds exciting right? Well – kind of – but the problem is the tech isn’t there yet – and for much of the interview Zuckerberg seemed most excited by virtual low hanging fruit – how the metaverse could enliven office meetings for example.

He says he’s been thinking about this since he was a kid in high school – “one of the things that I really wanted to build was… the sense of an embodied internet where you could be in the environment and teleport to different places and be with friends.”

The first indication that Facebook was hot on this space was its $2 billion USD acquisition of Oculus in 2014.

You see, to log into the metaverse users will have to use a VR headset, and being first and best in this space opens up a whole range of opportunities for Facebook.

“Mobile is the platform of today,” Zuckerberg said then, “and now we’re also getting ready for the platforms of tomorrow, Oculus has the chance to create the most social platform ever, and change the way we work, play and communicate.”

Essentially a version of what he tells Casey Newton in The Verge interview.

Creating an alternative to smartphone operating systems would be great for Facebook as it would limit its reliance on the Google and Apple app stores and devices.

If the interview is a vision statement it’s also an indication that Zuckerberg is aware that Facebook needs to diversify to continue to enjoy the billion dollar bounties recently seen in its annual earnings report.

The metaverse, which was given fresh impetus as a result of home-bound users in the pandemic, is something a fifth of his company is now working on, chief among them the tricky task of getting a supercomputer to fit into a pair of five millimetre thick glasses.

Remember when Google Glasses were going to revolutionise our computing experience?

The trouble was they looked ugly and presented no real upside to the camera and processing power in our smartphones in our pockets.

Yes, VR headsets have come a long way since Google Cardboard in 2014 but there’s a way to go yet – one user on Twitter captured it best – “The Oculus Quest is a great device but I want to use it about as much as I use roller coasters…”

Despite seven years of development even Zuckerberg admits the experience isn’t up to par, and the shift from a tech savvy gaming audience to a broader one who’d put on a headset as readily as they’d take part in a FaceTime call – is a long way away.

But it’s not just Zuckerberg putting his company’s billions into fulfilling his childhood sci-fi fantasies.

Fortnite creator Epic Games, chip maker Nvidia, Microsoft, Apple, Google and others are all in on the metaverse.

But, so far at least, the results have fallen short of the hype.

Last weekend’s Arianna Grande concert on Fortnite was great for fans – who could join the singer on the virtual stage using their Fortnite avatar – but it seemed as much a marketing ploy for Epic Games (among other merchandise available fans could buy parts of Grande’s digital outfit using the game’s currency.)

Apple’s recent redesign of its Apple store website gives it a metaverse-friendly experience providing a multi-device and multi-platform portal and its roll out of spatial audio, SharePlay and increased on-device processing also readies it for this space.

Indeed there are reports that Apple has a secret team working in this space and that an Apple AR/VR headset could launch as soon as next year.

In China the world’s largest retailer Alibaba has built a VR shopping mall – consumers can shop in a virtual environment with 360-degree views via a VR headset and two handset controls and purchase products with a few nods of their head.

But why – beyond shopping, gaming and boogieing with Arianna – will we strap on an expensive headset (the Quest 2 retails for $570 NZD) and delve into a virtual world?

Says Zuckerberg – “If you want to talk to someone… instead of just calling them on the phone, they can teleport in, and then they can see all the context that you have. They can see your five monitors, or whatever it is, and the documents or all the windows of code that you have, or a 3D model that you’re working on. And they can stand next to you and interact, and then in a blink they can teleport back to where they were…”

He also talks up the entertainment opportunities.

You might, for example, invite friends to go to a virtual movie theatre and see a movie (potentially, once the licensing issues are worked out), or box at a virtual gym, hang your NFT art on your virtual home’s wall, go for a virtual spin in a new virtual car and roll down a highway lined with advertising billboards; each experience and the entire real estate monetised – (which has led some commentators to  ask – hell, isn’t this just Second Life all over again?)

Zuckerberg seems to posit a single metaverse, much like the internet, rather than a Facebook, Apple or Google metaverse; but would Apple – the ecosystem king – ever let that come to pass?

I think Zuckerberg’s alone on his holographic couch in that scenario.

Decentralised technologies like blockchain and cryptocurrency seem the perfect currency for such a world which, if it is to be truly interoperable, requires that assets purchased in the metaverse need to be portable and move between platforms owned by different corporations.

Of course that brings up issues around privacy, safety and potential government regulation (as if Big Tech didn’t have enough of those to worry about in the real world!).

But we’re getting ahead of ourselves; until the headsets or glasses get a whole lot better the metaverse question is academic.

Facebook’s next piece of hardware is reported to be its Ray-Ban smart glasses which Zuckerberg says is part of Facebook’s “journey towards full augmented reality glasses in the future.”

But they won’t have an integrated display and are not an augmented reality device.

The metaverse will just have to wait.