Facebook’s Live Audio Rooms officially launch in the US

Facebook’s Live Audio Rooms officially launch in the US 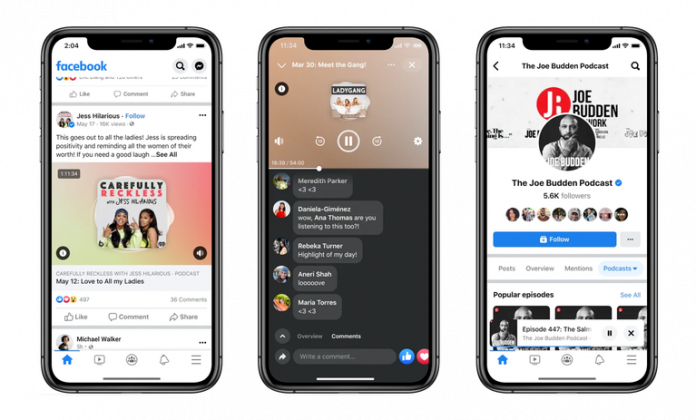 Facebook has launched live audio rooms and podcasts in the US with a global launch expected in the coming months.

Live audio rooms will be available to public figures, creators, and Groups with good reputations, in America exclusively on iOS (for now). Individual users in the US will be able to listen to Live Audio Rooms and Podcasts as of today.

Similar to other audio apps, Facebook’s Live Audio Rooms have the host highlighted with a ring around their profile and a tick beside it. It also has the ‘raise hand’ feature (as seen in MS Teams) and a sharing tool to share the room with friends or groups.

Additional features like adding people to the speaker list, the addition of ‘stars’, a purchasable commodity which can be sent to the host to bump them to the ‘Front Row’. This is a special section where the host can recognize their supporters. Information on the cost of stars, whether it will be decided by the host, or if it is decided by Facebook is still unknown.

Facebook groups with access to Live Audio Rooms can have their admins create and moderate rooms which can be accessed by members or visitors, depending on the settings chosen by the admins. Notifications can be set to attend when these rooms go live, which will send a notification to your feed.

As covered in its initial announcement, Podcasters will have to link their RSS feed with their Facebook page so that their new episodes show up on the feed. They will still retain the metrics provided by the podcaster.

Facebook plans to add additional features like the ability to create short clips and captions, work with creators to develop soundbites, and short films. These updates are expected to roll out in late 2021.