theBit.nz
HomeNewsFacebook rebrands as Meta and shows off a God-awful look into the...
News 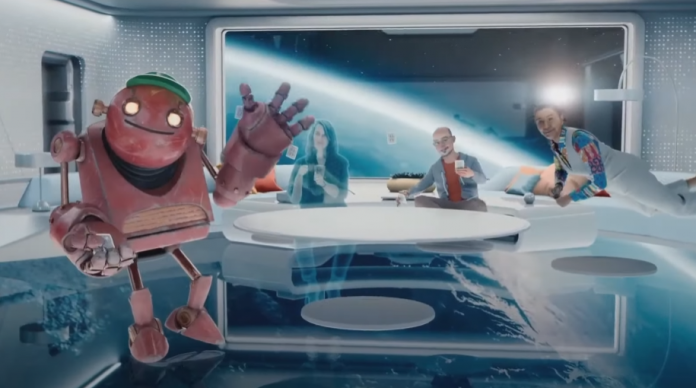 Facebook is no longer Facebook. Or more accurately, Facebook is now just a platform owned by a rebranded corporate entity called “Meta”. No doubt that’ll really throw off the whistleblowers currently making the social network’s life a living Hell.

This sounds like a big, all-encompassing change, but really it’s just what Google did a few years ago when it created a parent company called Alphabet to sit on top of the cash cow, and several other more spindly looking cash calves. That was treated as a big deal at the time too, but most people still refer to Alphabet as Google, because your average person doesn’t know what Alphabet is.

Anyway, while it’s the rebranding that’s getting all the attention, there is actually something far more chilling afoot, which is Facebook’s vision for the metaverse, where we’re all linked by our VR headsets and virtual environments for work and play. Yes, it’s even more creepy than the VR meetings the company showcased earlier this year which somehow managed to make Zoom feel like the less awkward way of holding online video calls.

When you’ve uncoiled from the cringe-induced fetal position, it’s worth reflecting on the fact that — thankfully — this is a wishlist of products that Meta may one day aspire to recreate, rather than something that’s available right now. It’s pure ambition, in the sense that I one day aspire to go to the moon and become the Premier League’s all-time top goalscorer (not necessarily in the same year.)

All the same, it’s a bit chilling, right? Like, how could anybody watch Wall-E and conclude that the way the space humans live on their recreation ship is something to aspire to, rather than a dystopian horrorscape to be avoided at all costs?

Facebook — for all it’s echochamber building, disinformation spreading, democracy breaking, data harvesting, privacy invading flaws — never claimed that it was a replacement for real-life friendships. This fantasy sci-fi video suggests that that’s the ambition, no matter how misguided. What could possibly go wrong?

Thankfully, as some people noted, this isn’t the first time we’ve heard such lavish promises which ultimately end up being underwhelming…