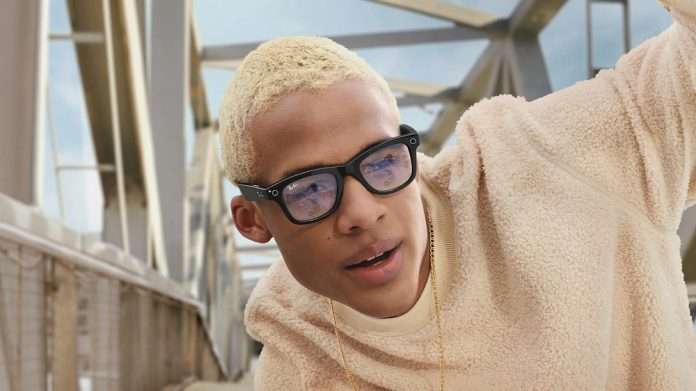 A few months ago, Mark Zuckerberg told investors that he was looking forward to an upcoming collaboration with Ray-Ban. If you were on that earnings call, and assumed that that part was some kind of boredom-induced fever dream, then you were mistaken: the company has officially revealed the smart glasses and what they can do.

Called Ray-Ban Stories, the TL;DR of it is that they’re basically Facebook’s version of Snapchat’s Spectacles. They can take short 30-second video clips and photos via a voice command or a small button, and they can play sound from your phone, too, if you want to be that guy who doesn’t believe in headphones or other people’s right to a quiet commute.

All of that may sound a little underwhelming, but their key selling point is how little they look like tech. Indeed, at a glance you’d think these were just a regular pair of Ray-Ban Wayfarers, Round or Meteor frames — only with two small 5MP cameras embedded next to each lens. For privacy reasons, a small white light will illuminate when you’re recording so that people around you will know not to say anything with the potential to go viral for all the wrong reasons.

The glasses can store around 500 photos or 35 videos, offer a six-hour battery, and only weigh above 5g more than the regular frames. Any footage or snaps you capture while wearing them can be instantly transferred to a companion app where they can be edited and then shared with other apps on your phone — and not just ones with the Zuckerberg seal of approval either.

As well as the three styles available, you can mix up the colour, style and lens type for a total of 20 different combinations. There’s no word of a New Zealand release just yet, but you can try and import them from across the Tasman Sea from Australia or, if you’re a sucker for exorbitant shipping fees, from the UK, USA, Canada, Italy, or Ireland.

Starting at NZ$465 for the iconic Wayfarer frames – they are also available with Polarized lenses NZ$507 and Transitions lenses NZ$559, and prescription (varied pricing).