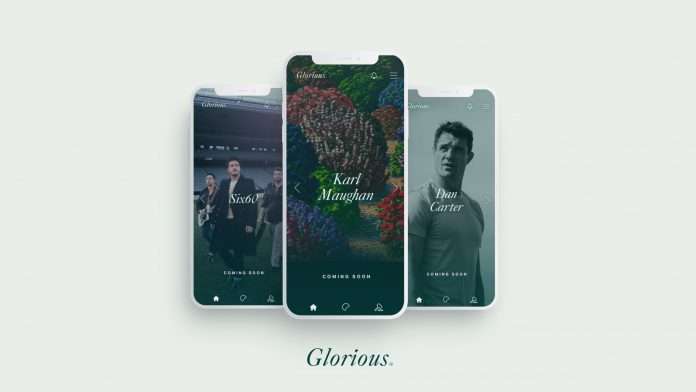 The online marketplace Glorious.digital, launched by a team of founders including three-time World Rugby Player of the year Dan Carter, is carbon neutral, thanks to CENNZnet’s Proof of Stake protocol which makes the blockchain 99 per cent more efficient than Bitcoin.

The Auckland-based app was announced in late August and turned heads by promising to auction assets from famous New Zealanders such as Six60, Dick Frizzell and Neil Finn, coded with the blockchain trading system of non-fungible tokens (NFTs).

Carter is a co-founder, and though anyone can create an NFT and list it on a marketplace like OpenSea, Glorious aims to be more exclusive with higher criteria for listings – plus endorsements from household names such as Six60, Dick Frizzell or Neil Finn.

While Dan Carter may not be associated with art dealing, he is likely to join a long line of celebrity athletes auctioning sports memorabilia and private one-on-one kickarounds.

“We use blockchain technology to empower artists and creators, facilitating royalty payments in perpetuity every time their work changes hands, so they get both the recognition and reward we believe all creators deserve,” Glorious’s website says.

So far, so normal.

However, the (potentially) industry-changing feature that Glorious’s NFT marketplace offers is its green credentials: Glorious promises to be carbon neutral. The primary factor making this possible is CENNZnet’s Proof of Stake protocol. Proof of Stake doesn’t require the same extreme levels of energy as traditional Proof of Work blockchains (like Bitcoin) to prove trustworthiness when a blockchain transaction verification is taking place.

“Glorious uses a ‘Proof of Stake’ to ensure that the energy footprint of our ecosystem operates at a bare minimum.”

Glorious says on its website: “Glorious uses a ‘Proof of Stake’ […] to ensure that the energy footprint of our ecosystem operates at a bare minimum.

“NFTs on ‘Proof of Stake’ blockchains have a very low energy impact. Lower, in fact, than creating a single Facebook post or sending an email,” Glorious says.

Glorious’s office is in the same downtown Auckland building as several of its related tech business partners. The businesses are all closely related to the ‘ecosystem’ of technology designed by Centrality.

Centrality CEO Aaron Mcdonald is one of the directors of DN Limited, the largest shareholder in Glorious, and McDonald is also CEO of CENNZnet and director of Sylo.

Sylo – also housed at 48 Emily Place alongside Glorious, Centrality and CENNZnet – is a core part of Glorious. Sylo is assisting in the development of the Glorious App and NFT marketplace.

“By utilising the Sylo Network, the Glorious app can enable fans to connect directly with artists,” Sylo says. “To keep sustainability at the core of Glorious, we chose to build the platform on CENNZnet.”

CENNZnet is a Proof Of Stake blockchain, that Sylo says, is “99% more energy-efficient than Bitcoin.”