AWS comes to NZ – is it really good news?

AWS comes to NZ – is it really good news? 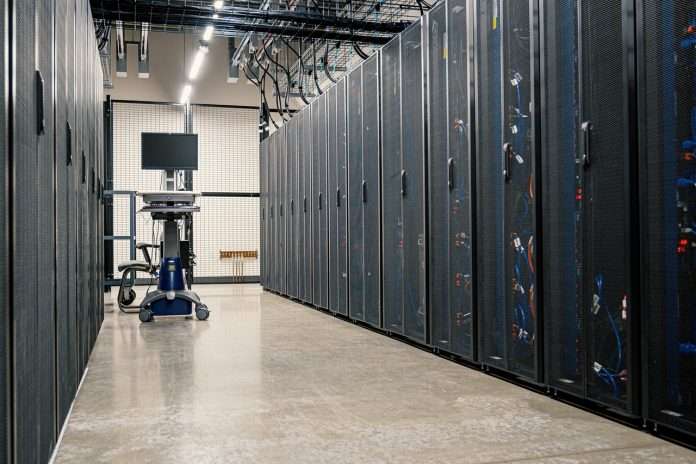 Maybe it was Covid-fatigue or that strange emotion Kiwis seem to get when Big Tech deigns to notice us – but the announcement last week that Amazon Web Services was going to drop $7.5 billion NZD to build three data-centres in Auckland had everyone in the sector high-fiving.

The pandemic has meant a boom for cloud providers as companies shift their teams to a remote working model and New Zealand is now seen as a profitable and desirable location by the big offshore players.

While Auckland does have that pesky problem of being in a volcanically active region it does offer cloud providers plenty of upsides.

We have cheap electricity (and AWS will be in a good position to negotiate a good rate for itself), a stable political environment, a forward-thinking tech sector and a government that seems ready to accomodate Big Tech in any way it can – (anyone remember the breathless excitement of Economic Development Minister Stuart Nash when he said – referring to ex-Amazon CEO Jeff Bezos –  that “Jeff is always welcome” – when the LOTR deal was announced – and we know how that turned out!)

AWS’s data-centre announcement caps a growing interest in New Zealand by one of the world’s biggest companies – (I wrote here of the risks of the government’s LOTR deal and here of Amazon opening up its Australian website to New Zealand shoppers and businesses.)

There was also talk of Amazon sponsoring the All Blacks – and while that never eventuated clearly Amazon sees NZ as a territory of interest.

It recently opened a new headquarters here in Commercial Bay’s PWC tower and now employs more than 100 workers across offices in Wellington and Auckland.

At the moment however AWS has just 23% of the cloud market, according to IDC, just a tad ahead of Microsoft’s Azure offering (19%) who earlier this year broke ground on its own data centre which is expected to be up and running in 2022 and has the BNZ and Fonterra as anchor clients.

Local providers Datacom and Spark have a 43% share of the market.

Google, the other major cloud provider, continues to service its NZ clients from Australia but has been expanding here recently beyond a simple sales-shop presence and many expect it to also set up data centres at some stage.

Datacom and Spark are both AWS Partners, and leaders in both companies give glowing reports on their involvement with AWS in the press release announcing AWS’s plans.

“AWS’s continuous focus on innovation and investment in critical infrastructure is an important enabler of the support we provide to New Zealand businesses as they modernize and innovate using advanced cloud capabilities like machine learning and the Internet of Things,” Spark CEO Jolie Hodson is quoted as saying.

The government is crowing too.

“This will create job opportunities for industries like our construction sector,” went a statement from Minister for the Digital Economy and Communications Dr David Clark, “and bring long term benefits as we see the ICT sector and local innovators significantly grow into the future. We may be a small, island nation a long way from traditional markets, but the borderless digital world continues to present us with new innovative economic opportunities.”

Amazon’s own figures suggest that the centres will bring 1000 jobs to the Auckland region and add $10.8 billion NZD to our GDP over the next 15 years.

But there’s little transparency to that $7.5 billion figure beyond Amazon’s promise that the money will be spent on the “construction of data centers, operational expenses such as ongoing utilities and facility costs, and purchases of goods and services from regional businesses.”

On the face of it, that hardly seems to warrant a multi billion dollar spend.

It’s the same vague sort of accounting that was trumpeted when Amazon Studios secured New Zealand to film its Lord of the Rings TV series.

Amazon promises the world until a better opportunity comes around or until it has established its presence in the local digital ecosystem.

Clearly data-centres and TV shows have vital differences but the business strategy of Amazon doesn’t seem to differentiate between its various branches.

With Amazon opacity is a much-used business model.

Tech commentator Bill Bennett has pointed out that the cloud market in NZ is worth around $730 m and that “even 100 percent share of a $730 million market doesn’t justify spending $7.5 billion even with heroic growth rates. A more likely story is that AWS has bigger plans for New Zealand than serving local markets. It has hinted at this without explicitly saying anything. New Zealand gives, say, Australian AWS users a viable alternative location with, if not always similar, at least readily understood local conditions.”

Similarly Amazon’s promise of 1000 NZ jobs seems excessive with many data centres able to run with just a handful of employees once built and, if this estimate also includes construction workers, it’s unclear where this workforce will come from.

Unlike Amazon Studios’ Lord of the Rings TV project – which ended dramatically in August when, with scant notice, the production decamped its billion dollar project to the UK – AWS received no government funding for its proposed data centres but – as that LOTR exit proves – Amazon’s presence comes with a veiled expectation that it will have the government of this small, island nation at its beck and call – (one reason posited for the LOTR exit is that the government wouldn’t relax its MIQ restrictions for cast and crew.)

Possibly Amazon is looking at leveraging off its AWS presence to build its own distribution centres here – which will strike fear into many of our currently booming online retail players.

Soon after it established distribution centres in Australia Amazon encountered pushback from unions and workers over its employment practices.

Not to forget Amazon’s Darwinian habit of crushing or acquiring its competitors – which in this case include local cloud providers like Spark and Datacom and other data centres currently underway by CDC/Infratil and Southland’s Datagrid.

Some may well work with AWS in some capacity but odds are it will turn out better for AWS than anyone else.

It’s also been pointed out that companies becoming too reliant on one cloud provider – even one as robust as AWS – is dangerous.

Pavan Vyas, the man behind our Covid app – which utilises AWS – posited a frightening possibility when I talked to him recently.

“…what if a security threat brought down AWS? That’s 80% of the internet gone. And I think we will see an event like this in our lifetime.”

It’s a brave business, or even government, that can stand up to the might of Amazon.

The Biden administration and anti-monopoly FTC head Lina Kahn are giving it a good shot but, so far, to little real effect. Similar efforts are ongoing in Europe.

Amazon’s growing presence here is a double-edged sword. The tech sector has many reasons to celebrate – undoubtedly we’ll benefit from the increased data sovereignty that data centres here provide and, if we take Amazon at its word, the economic benefits; but it remains to be seen what Amazon will demand of us in return.