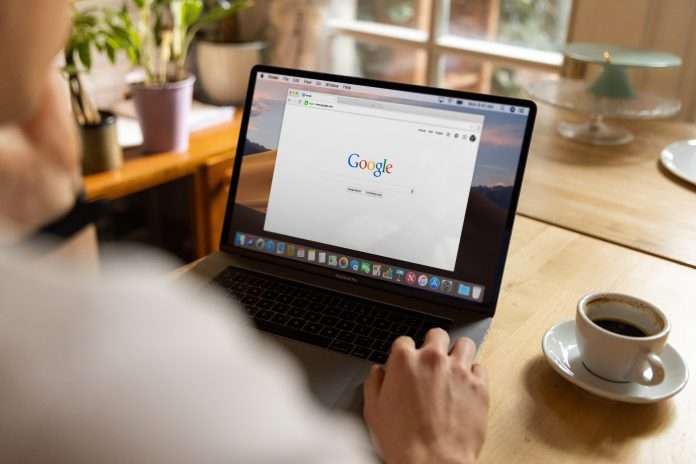 We use it everyday, depending on it for quick, accurate information – around 38 million queries a minute – but what do we really know about the inner workings of Google’s search algorithm?

Not much at all really. Like the recipe for Coca-Cola or KFC it’s a closely guarded secret.

Ask Google – I mean real people at Google – and they’ll tell you that the algorithms are objective and autonomous, that searches are not subject to human biases or business considerations.

So, why the secrecy?

Their answer is that secrecy is necessary because if it were to be transparent about how it formulates search results Google would open itself up to unscrupulous businesses or individuals exploiting loopholes to artificially increase their own relevance and rankings.

In short it’s another case of “Trust Uncle Google” – its motto is, after all, “Don’t be evil”.

Despite their protestations it’s clear that Google has personalised search results for some time – and hiding behind the “it’s just an algorithm that we tweak” is a pretty pallid argument; fiddling with an algorithm is a form of human intervention.

Every time you use a Google product on your computer Google watches what you search for and click on and that data and your entire browsing history is fed by, and feeds, the algorithm.

If, for example, you often search and click on links from TradeMe that appear in your Google search results Google will learn that and serve up more TradeMe results.

But exactly how it does so is a mystery.

However there’s now a study that’s attempting to understand the process behind what are, in many ways, the most important lines of code ever written.

Coordinated by researchers from Queensland’s University of Technology the study will coincide with the next Australian federal election (the study concludes in June 2022) and “address longstanding questions about the influence of search algorithms over the way people vote.”

It hopes to shed light on some commonly-asked questions that surround Google’s search engine.

Why does the same Google search query sometimes serve up different results for different people? Are search results personalised especially for individual users? If so, what are the criteria? Which topics do search engines suggest to you and other users?

Concern over the secrecy of the search algorithms isn’t new.

In 2016 German Chancellor Angela Merkel identified the dangers saying “algorithms, when they are not transparent, can lead to a distortion of our perception; they can shrink our expanse of information.”

A Wall Street Journal investigation in 2019 found that Google – “used blacklists, algorithm tweaks and an army of contractors to shape what users see.”

It found that executives and engineers were serving two, often contradictory impulses – “delivering relevant search results, while also pleasing a wide variety of powerful interests and driving its parent company’s more than $30 billion in annual profit.”

Any Australian 18 and over can join the study by installing a plugin, available on the study’s website, to their Chrome or Firefox browser.

The plugin runs in the background and queries a number of leading search engines up to six times a day with a predefined series of politically-focused queries.

The first – very early – results suggest that most Australians are getting roughly the same information when they Google a topic, regardless of age, gender, and other demographic factors.

But it also discovered the surprising amount of curation Google overlays on the results.

Researchers found that a search of the term “COVID”, for example, delivered a whole page of embedded content – information on case numbers and symptoms as well as links to official health information – before getting to the results themselves.

The project’s chief investigator, Queensland University of Technology’s Professor Axel Bruns says that curation on this scale would require “some level of human intervention” from Google.

While, in this case, the curation is done in a worthy cause – ensuring trusted, scientific information is readily available at the top of the page to searchers in a pandemic – the results have troubling implications.

“There’s very little transparency about what topics they’ve done this for and how such topics are chosen, and by whom, or how they choose which content to highlight via manual curation,” Professor Bruns told the ABC.

“They’re not revealing how they make the choices for curation and [they’re not indicating] when you’re encountering a curated search page.”

While examples of Google’s manual curation for the most part are good interventions – it manually removes certain words from autocomplete suggestions because of abuse and other concerns, and alters some contentious search results so that when someone searches for ways to kill themselves they are shown a suicide helpline – the lack of transparency around the issue is troubling.

If Google’s search algorithm shares KFC and Coca-Cola’s secrecy – it differs in a fundamental way; it is continually changing. Google estimates it is updated thousands of times per year in an effort to improve the experience and the quality of results.

Most users don’t ever notice.

These can range from “Core updates” that Google notifies in advance – these often include substantive changes that can impact where businesses rank in search listings – right through to less significant ones that improve user experience. In June Google tweaked the algorithm so it delivered better product reviews for users.

But an update can have devastating impacts on businesses.

A 2018 Core update saw many health and wellness websites plummet in search results, with some businesses losing more than 50 percent of their traffic overnight.

Another update prioritised larger firms over smaller ones, despite there being no evidence that smaller sites were less authoritative than larger ones.

Google tips the search scales in other ways too.

According to the Wall Street Journal big advertisers receive advice from Google on how to improve their organic search results after big updates – even sending engineers to their offices.

In May Google unveiled MUM – short for multitask unified model – which Google says could revolutionise search. It’s also a rather apt acronym for Google’s position on the workings of its search algorithms.

MUM will see Google acting more like a virtual research assistant by incorporating natural language processing and AI and better assist when users type complex questions into the search box.

Google has high hopes for the technology, stating that, in future it will also work with images and videos.

“Eventually, you might be able to take a photo of your hiking boots and ask, “can I use these to hike Mt. Fuji?”” Google vice president of Search, Pandu Nayak, wrote in a blog post.

“MUM would understand the image and connect it with your question to let you know your boots would work just fine. It could then point you to a blog with a list of recommended gear.”

That’s all well and good, but we’re still no wiser in regards to the more fundamental question of what combination of man and machine is parsing our search results.