theBit.nz
HomeNewsJeff Bezos accepts critics have a point (as he prepares to blast...
News 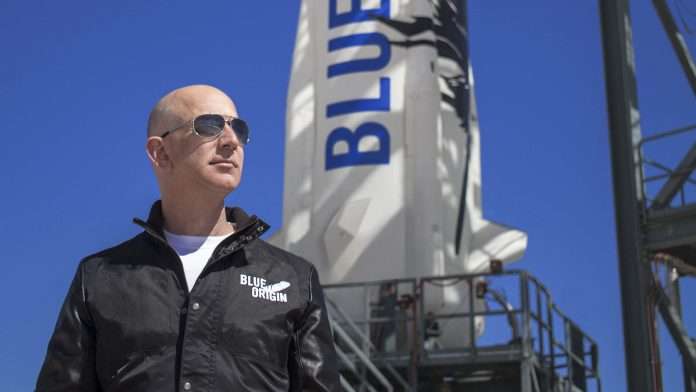 You wait years for billionaires to literally up sticks and leave the planet, and then two do it at once – albeit, temporarily. Fresh off the back of Richard Branson going into low orbit with Virgin Galactic, Amazon founder Jeff Bezos is set to take off on the New Shephard rocket – a vehicle built by his Blue Origin company that he funnels money towards every year via the sale of Amazon stock.

Bezos, the richest person on the planet thanks to his fellow humans’ unnerving dependence on Amazon deliveries, will take off from Texas at 8am local time (1am NZST) along with his brother Mark, and both the youngest and oldest person ever to go to space: 82-year-old former Mercury 13 aviator Wally Funk and 18-year-old Oliver Daemen.

The latter took a seat when the original buyer had to pull out of his $28 million commitment due to a “scheduling conflict” proving, once and for all, that it definitely is possible to have too much money. The whole flight will only take 11 minutes, after all: it hardly requires a month’s leave.

If you’re thinking it’s a little unseemly for billionaires to hop onto a spacecraft for less time than it takes to hard boil an egg at great expense when there are plenty of problems here on Earth they could be putting their vast wealth towards, then you’re not alone. Indeed, Bezos himself faced such a question from the media as he prepared to briefly leave Earth.

On CNN’s New Day, Bezos was asked about what he made of critics who argue that he, Branson and Elon Musk should spend less time “joy riding” and more time facing the problems on Earth. Bezos’s response: well, they have a point.

“Well, I say they’re largely right. We have to do both,” Bezos responded (3:18 in the video above.) “We have lots of problems here and now on Earth and we need to work on those, and we always need to look to the future. We’ve always done that as a species, as a civilization. We have to do both.”

So something to look forward to when Bezos returns to Earth, then. No longer CEO of Amazon, he certainly has more time to ponder such things, which is probably healthier than asking his Twitter followers what he should do with his Scrooge McDuck-style piles of cash.