Apple’s March event is official — here’s what to expect

Apple’s March event is official — here’s what to expect 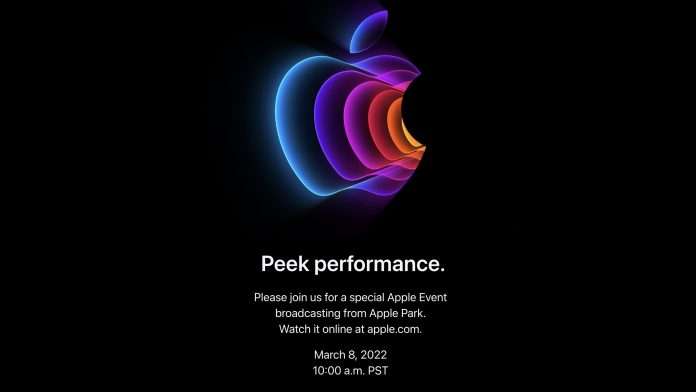 It’s finally official: Apple will be holding its first event of the year on Tuesday March 8, though due to timezone differences that’ll actually be at the anti-social hour of 7am in Auckland.

It comes with the tagline of “peek performance”, which, as the squiggly underlines in Google Docs reminds me, is either a typo or a slightly weak pun on ‘peak’. Because we’ll be peeking peak performance at the event, y’see?

Side splitting, but if you can possibly hold back your raucous laughter for a moment, you’re probably curious as to what Apple will be launching. While nobody knows with absolute certainty (well, you’d imagine Tim Cook and friends have some idea), a number of leakers have given us a clue of what to expect…

This is the most likely unveiling, and if you find a bookie that for some reason takes bets on tech launches, this is the one to place your money on.

Not only was the current iPhone SE 2 unveiled at an event in March 2020, but the rumor mill has been promising a refresh of Apple’s entry-level phone for some time and the current model is no longer for sale at various Australian retailers. Hmmm.

We’re expecting something that looks quite a lot like the current model, only with the latest A15 chipset and added 5G. Confusingly, this may be called the iPhone SE Plus apparently, which is weird when it’s set to be the same size, but that’s apparently to reflect its added 5G.

We shall see if Apple decides this confusing name is a good idea, given it’s rumoured to have a larger SE in the works for 2024. But hey, this is a company that embraced “Pro Max” as a good name for a phone rather than cold and flu medicine, so who knows?

A new MacBook or a Mac mini

According to Bloomberg’s Mark Gurman, we’re due a massive seven Mac upgrades this year, and we should expect the first one or two at the March event.

While Gurman isn’t specific on which, his guess is likely to be the 13in MacBook Pro and/or the refreshed Mac mini. That could mean our first look at the M2 chipset, but Gurman also suggested the mini could get the M1 Pro and Max upgrade, so it depends what’s on the table.

There’s also a chance that we get a new-look 27in iMac to match the colourful 24in models that launched last year, but Gurman suggested that this could be for June. We shall see.

There’s also the possibility that Apple will bring out the latest version of its popular iPad Air tablets. If correct, it’ll apparently look like a larger version of the recently refreshed iPad mini, with an added A15 processor, double the speakers and optional 5G capabilities.

Plenty to look out for then, and if you don’t fancy getting up early to watch, I’ll be on hand with a full summary of everything demoed shortly after the event ends. See you then!