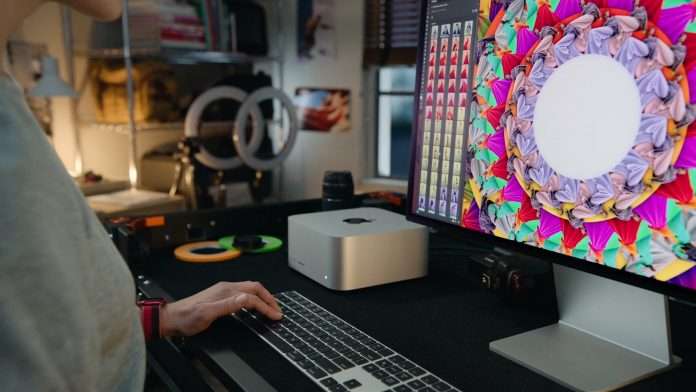 As New Zealand wakes up, Apple has just finished its Peek Performance event, unveiling the iPhone SE 3 and iPad Air as expected, and introducing a whole new desktop computer called the Mac Studio.

Let’s get the refreshes out the way early because they’re largely the same as the previous generations only with faster chips.

Indeed, you’d be hard pushed to tell the iPhone SE 3 apart from the previous gen, which in turn looks a lot like the five-year-old iPhone 8. It is, of course, significantly faster, with the same A15 Bionic chip that powers the iPhone 13 Pro. And with a price that starts at just NZ$799, it’s a serious contender if you want iOS but don’t want to spend the Earth.

Then there’s the iPad Air 5 which gets an even bigger shot in the arm. Rather than giving it the A15 chip for parity with the top-end iPhones, Apple has stuck a M1 processor in it, making it a match for the latest iPad Pro and MacBooks. In real terms, Apple says that means you can expect 60% more performance than the previous generation with twice the graphical grunt.

USB-C transfer speeds are also doubled, and 5G is introduced if you want to stay connected when away from WiFi. The 12MP front-facing ultrawide camera also adds Centre Stage, the fancy tech that will keep you centred on FaceTime calls. It starts at NZ$1,049 — or NZ$1,299 if you want 5G included.

Then there was the star of the show: the Mac Studio.

Looking like a Mac mini that had let itself go a bit, the Studio offers serious power at a serious price. In fact, let’s get that pricing out of the way first. You may want to sit down.

But Apple does go some way to justifying these sky-high prices. The M1 Ultra version is 3.8 times faster than the fastest iMac, Apple says, but it also leaves the super-expensive 28-core Intel Xeon Mac Pro in the dust, with performance that’s 60% nippier.

It’s aimed at creators looking to juggle 8K video streams (up to 18 according to Apple) or mix dozens of musical streams together, in other words. And as connectivity is important to such types, Apple hasn’t scrimped on ports. They are:

With all those ports and power, Apple says you can connect four Pro Displays and a 4K monitor at the same time, should you really want.

Alternative, you could buy the Studio Display (from NZ$2,999) to go along with it. It’s a 5K panel with a bunch of handy built-in extras, like a 12MP ultra-wide camera with Centre Stage and six speakers with Spatial Audio.

Some pre-orders are available now, while others will open on Friday. Which is weird, as all four products will go on sale on March 18…

Alan Martin - 07/10/2022
Most manufacturers would have us pretending to act surprised when, for example, it’s announced that — shock horror — the iPhone 14 will follow...