theBit.nz
HomeNewsApple relent - soon you’ll be able to repair your own iPhone...
News 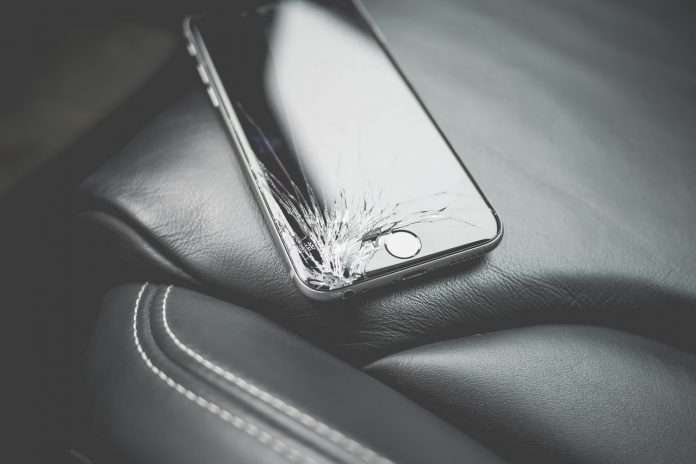 This year has seen some of the big tech players backtrack on some key policy positions.

There was the Apple CSAM about-face – after outcry from users who didn’t want Apple going through their iCloud photo library looking for objectionable material. Then Meta finally saw sense and nixed plans to roll out Instagram for kids; similarly Apple have just put SD and HDMI ports back on the new MacBooks and now Cupertino is changing its stance on the right for owners to repair its products, something that it – along with other players like Samsung, Google, Huawei and Microsoft – had previously vigorously resisted, citing safety, cybersecurity and intellectual property concerns.

In the States Apple has spent years aggressively lobbying against the right to repair, at both state and federal level.

It was only last year, in New Zealand, that Apple allowed independent technicians access to genuine parts and equipment to repair Apple products as long as they had completed the company’s certification course – ( NZFix.co.nz, in May, became New Zealand’s first Apple Independent Repair Provider) – prior to that if you wanted your Apple device repaired you had to take it to a certified Apple repair outlet (which usually came with a hefty price tag if the product was out of warranty; a screen repair for an iPhone 12 out of warranty currently costs around $600 in NZ if undertaken through the Apple store.)

Even if you were pretty handy with the insides of computers and smartphones getting under the hood voided warranties and getting genuine parts and tools from Apple was a definite no-go.

In the announcement released today Apple says its repair chronology starts with the iPhone 12 and 13 next year, followed by Macs with M1 chips early next year in the US and will expand to additional countries throughout 2022.

Users will be able to replace the iPhone’s display, battery, and camera using parts from Apple at first, with other options coming later. Apple will open an Apple Self Service Repair Online Store which will offer more than 200 individual parts and tools, enabling customers to complete the most common repairs on iPhone 12 and iPhone 13.

Following the repair, customers who return their used parts for recycling will receive an Apple credit toward their purchase.

It also appears that the store will also offer access to service manuals and some version of Apple’s repair-enabling software – which includes a suite of diagnostic tools only authorised technicians have been able to access up until now.

The initial phase of the program will focus on the most commonly serviced modules, such as the iPhone display, battery, and camera. The ability for additional repairs will be available later next year, so that 2013 iPad sitting around in the drawer that doesn’t charge anymore will just have to wait.

So, what’s behind Apple’s sudden change of mind?

Let’s give it the benefit of the doubt for a second; perhaps Apple finally saw the sense in the right-to-repair movement’s battle cry – the right-to-repair means less e-waste like lead, mercury, cadmium, and other harmful chemicals potentially leaching from landfills into surrounding land and waterways.

Did anyone really believe Apple’s assertion that changing a phone screen or battery was dangerous to users?

In many ways it’s an easy win for Apple, whose environmental team has long been pushing for the company to move forward on reuse and repair.

Further, being seen as resistant to users who simply want to do the right thing environmentally and repair their device rather than throw it away doesn’t play well in 2021 as environmental concerns now poll high in consumer’s decision-making.

Even Apple’s own shareholders were putting pressure on the company – “Investors are extremely concerned about Apple’s disingenuous combination of promoting environmental sustainability while inhibiting product repair. The company risks losing its reputation as a climate leader if it does not cease its anti-repair practices,” said Leslie Samuelrich who led a investor revolt in September.

In other ways Apple is leading the industry with many green initiatives – the latest iPhones don’t come with a charger to reduce e-waste and it has stated that it wants to be 100% carbon neutral by 2030. So being the first Big Tech company out of the gate on this is smart, if belated, marketing.

As PR moves go it’s a masterstroke – reinforcing Apple’s pro-green status while getting the jump on competitors. Few casual observers will cotton on to the fact that until recently Apple lobbyists were arguing against this to anyone who’d listen.

Or perhaps Apple simply saw the writing on the wall as more governments started to get serious about e-waste and the support for the right-to-repair movement gained ground politically and with consumers.

Earlier this year President Biden issued an executive order to promote economic competition, calling on the Federal Trade Commission to force tech companies to allow consumers to fix their own electronic devices. At least 27 states have considered right-to-repair legislation and the EU has announced a directive along Right to Repair principles and requires that makers ensure spare parts and manuals are available to independent repair shops for up to a decade, and ensure parts must not require specific equipment to fix.

Here the Consumer Guarantees Act 1993 provides some protection by ensuring repairs, replacements or refunds when goods are faulty; and while some users have had success using this with Apple products, even if they are out of warranty, it is a fraught, time consuming process that will likely require you to attend a disputes tribunal hearing.

In July environment minister David Parker signalled that he was keen to move the right-to-repair discussion here forward, telling Newshub – “I met with Consumer NZ this week, and it is something that they’re very keen on doing, and I’m interested in [right to repair]. We will be considering that as part of our review of waste management legislation.”

While it’s great that Apple are finally allowing this – and having one of the most visible companies in the world pivot on the issue will force other consumer electronics manufacturers into rethinking their own stance – one wonders just how many Apple users will actually take the time to read the repair manual, order the parts and tools and undertake repairs themselves instead of taking their broken device to a technician or simply recycle it using one of the many ISP’s e-recycling initiatives.

The truth is if you’ve bought into the Apple ecosystem you’re unlikely to be a tinkerer, but congratulations if you are; at least you now have the environmentally responsible option to undertake simple repairs yourself.