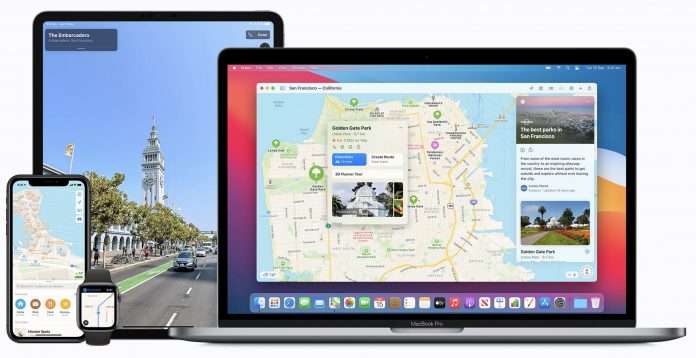 Apple is improving Apple Maps. Again. Starting on October 15, Apple will begin conducting ground surveys in New Zealand to collect image data in what appears to be a complete overhaul of its existing mapping data.

As well as improving on the existing Apple Maps app, by delivering more comprehensive road network coverage, better pedestrian data and more accurate addresses, New Zealand will also gain Apple’s new Look Around feature. This, as you can probably guess by its name, is a feature similar to Google Maps’ Street View mode, where users can use the app to “look around” from a specific point.

While this is perhaps not the most innovative feature from Apple; Google Street View has been around for 13 years already. It does represent an important moment for Apple, as its mapping app has long been considered as second best to Google Maps – by some margin. This closes that gap. A bit.

Apple first introduced its Maps app in 2012 with the launch of iOS 6, and it was plagued with mishaps from the get-go. Landmarks weren’t where Apple Maps said they were (Auckland, not Sydney, was home to Bondi Beach for a while) and its then-flagship new “Flyover” feature was often a pixelated mess.

Technical issues were compounded by Apple’s decision to remove (the then standard) Google Maps from iOS 6, forcing iPhone users to use its substandard mapping app against their will.

A workaround – allowing users to open Google Maps via the web browser – was widely used shortly after the launch, until Apple backtracked further by allowing users to make Google Maps the default mapping app once again. But for a week or two, the chaos created by Apple Maps was the biggest story in tech.

Apple’s persistence with Apple Maps is something we should all be enthusiastic about, though. Especially the more privacy-conscious amongst us. As you probably know, Apple is big on privacy, and giving users more control over if, and how, their data is processed is clearly important to Tim Cook and Co.

Maps, and specifically Google Maps, has been Apple’s virtual Achilles Heel on the privacy front. Lots of users have (rightly) chosen to continue to use Google Maps over Apple Maps for the simple reason that it is a better service.

This causes obvious problems from a privacy standpoint as Google is a company that literally makes its money from collecting and selling your data. Which, in turn, causes problems for the narrative that Apple is trying to create: that Apple devices will keep your private data, exactly that, private.

If the latest rollout of Apple Maps is a success and users don’t feel the need to turn to Google for navigation, then Apple can aggressively accelerate the narrative around the importance of data privacy.

And, importantly, why Apple devices are the best devices to protect your data.

Additional features in Maps include: