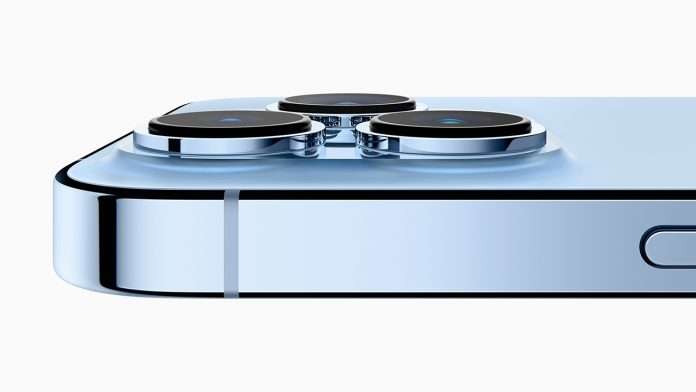 As expected, the new iPhone 13 devices featured upgrades to all the areas that people care most about. Improved camera performance, faster all-round performance and bigger batteries deliver 1.5 hours more life than the iPhone 12 range.

There were also minor aesthetic changes for the new iPhones, with smaller in-screen notches and the iPhone 13 and 13 mini having diagonally-arranged rear-facing cameras.

Elsewhere, Apple bumped the specs of its iPad and iPad mini. The theme here was better screens, better front-facing cameras and support for the second-gen Apple Pencil.

The most significant upgrades happened on the Apple Watch. The new Series 7 boasts 20% more screen, with its bezel now measuring 1.7mm thick. Its design has been tweaked too, with softer, more rounded corners.

The bigger Apple Watch Series 7 brings obvious benefits with it, such as room for bigger buttons and now a full on-screen keyboard for more accurate text input.

Below, we break down what’s new on the iPhones, iPads and Apple Watch in more detail.

This is due to the A13 Bionic Chip that makes the iPad’s CPU, GPU and Neural Engine 20% faster than the last generation. Meaning it’s more responsive and has better capabilities for machine learning.

The improvements in the Neural Engine are highlighted by the Live Text app coming with iPadOS 15 which uses on-device intelligence to recognise text in a photo and lets users to perform actions – like on-screen translation – with that text and more.

Apple has also improved the iPad’s cameras. The front camera is a 12MP ultra-wide camera with a 122° FOV. iPad now supports Centre Stage, a feature that automatically pans the camera during video calls to keep the subject in view and “centred”.

The iPads display has been upgraded with an ambient light sensor and now supports True Tone. This adjusts the display to match the colour temperature of the room.

The iPad’s starting storage capacity is 64GB which is double the previous iPad and there’s also a 256GB option.

The new iPad comes with iPadOS 15 bringing a number of new features that utilise the new iPad increased performance. Multitasking is more powerful via Split View and Slide Over, the Home Screen can now incorporate icons and widgets, the much-hyped Translate app will also debut.

The iPad comes in two models, the Wi-Fi model which has a starting price of $569 and the Wi-Fi + Cellular model that starts at $789.

It comes in two colours, silver and space grey and it supports the 1st generation Apple pencil.

The iPad mini has gone through a “complete redesign”. This generation of iPad mini has an all-screen design with rounded edges with the Touch ID button moving to the top of the device.

It has a larger 8.3inch Liquid Retina display while maintaining the same small size of the previous iPad mini.

The display boasts a maximum 500 nits of brightness, an anti-reflective screen coating and a P3 wide colour gamut. The mini will also support True Tone and full lamination.

The iPad mini comes in four colours, pink, starlight, purple, and space grey and it supports the 2nd Generation Apple Pencil which can be magnetically connected to the side of the tablet which will hold it in place and charge it at the same time.

5G will now be available on the iPad mini.

The iPad mini also comes in two models. The Wi-Fi model has a starting price of $848 and the and Wi-Fi + Cellular model starts at NZ$1,099. It comes in 64GB and 256GB configurations.

The Apple Watch Series 7 has a larger display that comes with a more user-friendly UI, and increases to its durability.

It boasts an always-on display that’s up to 70% brighter than the Series 6 and a new user interface designed for its larger display. This UI offers larger font sizes, a QWERTY keyboard that can be used with QuickPath for tapping or swiping, and machine learning for next-word anticipation when texting.

The Series 7 will come with watchOS 8 which brings larger titles and buttons for easier use in apps like Stopwatch and Activity. There will be watch faces specifically designed for the Series 7 and there will be improvements to apps like Messages and Photos.

It will also bring new apps like the Mindfulness app and sleep respiratory rate tracking. watchOS 8 will also bring advanced tracking features for bike riders. GPS, heart rate, accelerometer and gyroscope data will all be measured when riding a bike. Fall detection has also been improved and will include bike riding as well.

The Series 7’s front crystal, is 50% thicker than the series 6, it’s crack resistant and the watch now has an IP6X dust resistant rating. It also remains water-resistant with its WR50 resistance rating.

The Series 7 has an 18-hour battery life on a single charge and it charges 33% faster than the Series 6 due to its Magnetic Fast Charger USB-C cable.

The Series 7 is backwards compatible with bands and accessories and will be released later this year. At this time, the price is to be announced in NZ.

Both iPhone 13s have IP68 water resistance rating and now have a diagonally aligned dual-camera system on the back of the phone.

Coming in five colours, pink, blue, midnight, starlight, and red the iPhone 13 has a 6.1-inch display and the mini available in the same colours has a 5.4-inch display.

Both displays are Super Retina XDR OLED displays that have a max outdoor brightness of 800 nits which is a 28% increase on the iPhone 12 and 12 mini. The peak brightness levels are 1200 nits for HDR content.

The iPhone 13 and 13 min dual-camera system can gather 47% more light than the previous devices. The Wide camera now includes Sensor-shift OIS technology previously found in the iPhone 12 Pro Max. This stabilises the Wide sensor so shots are more steady. There’s also an Ultra-Wide sensor which is able to capture more detail in dark areas.

Brand new to the iPhone 13 range is Cinematic Mode which enables the user to record video with a depth effect that automatically changes focus on the focal point. This is called rack focus and it can be performed before and after capturing footage. It also allows users to adjust the level of bokeh (the effect of a soft out-of-focus background that you get when shooting a subject) in editing software after footage has been captured. Cinematic records in Dolby Vision HDR and 4K 60fps video recording is now supported on all cameras.

The performance increase that the A15 Bionic Chip brings also allows users to bring personal preferences to their photos using multi-frame image processing. Photographic Styles allows users to customise image preferences and intelligently apply the right adjustment to parts of the photo. The dual-camera system supports Smart HDR 4 and all the new camera features support TrueDepth.

The iPhone 13 and iPhone 13 mini will support 5G connectivity. Apple is also looking to double its support for 5G with 200 carriers worldwide in 60 different countries.

The iPhone 13 will come with iOS 15 which brings improvements to FaceTime which will now be compatible with a portrait mode, Focus, redesigned notification and Live Text. There will also be improvements to Apple Maps with a 3D augmented reality option, the Weather app will be redesigned with full-screen maps and new privacy controls in Siri and Mail will be introduced as well.

The iPhone 13 Pro and Pro Max both have Super Retina XDR with ProMotion displays that support an adaptive refresh rate from 10Hz to 120Hz.

The display has a 25% higher max outdoor brightness, than the iPhone 12 Pro and 12 Pro Max, at 1000 nits and the intelligent display leverages a more efficient OLED panel.

Both the iPhone 13 Pro and Pro Max have the same three-camera array. The Wide camera has a larger sensor with 1.9 µm pixels for more detailed photos. It also has a larger ƒ/1.5 aperture and provides up to 2.2x improvements in low-light photography over the iPhone 12 Pro and 1.5x when compared to the iPhone 12 Pro Max. Sensor-shift optical image stabilisation has remained as well.

The Ultra-Wide camera has a ƒ/1.8 aperture and a new autofocus system that improves low-light environment photography by 92%.

The Ultra-Wide is compatible with auto-focus for the first time and it also brings a new type of photography to iPhones, macro photography. This is used for taking clear images on targets that have a minimum focus distance of 2cm. This macro technology also can be used in video such as Slo-mo or Time-lapse videos.

The iPhone 13 Pro and Pro Max also have a 77mm Telephoto camera. this offers 3x optical zoom for a total 6x optical zoom range on the camera system.

Both of these devices will also support Photographic Styles and for the first time, each camera will be able to utilise Night mode including the Telephoto. They also support features like Deep fusion, Apple ProRaw and Portrait Mode.

The iPhone 13 Pro and Pro Max will introduce ProRes an advanced video codec that offers high colour fidelity and less compression. The A15 Bionic chip includes new video encoders and decoders and a flash storage pipeline that will allow for an end-to-end workflow that will allow you to capture, edit and share in Dolby Vision or ProRes. The Pro models will also support Cinematic mode and rack focus (see the iPhone 13 and iPhone 13 mini section).

Both of these devices will be available in graphite, gold, silver, and sierra blue and the storage options range from 128GB, 256GB, 512GB and an all-new 1TB option.