theBit.nz
HomeNewsApple has released macOS Monterey beta: Here's how you can get it
News

Apple has released macOS Monterey beta: Here’s how you can get it

Apple has released macOS Monterey beta: Here’s how you can get it 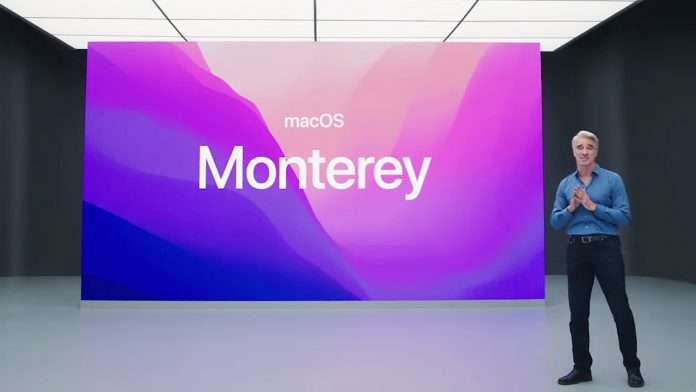 The first public beta of the latest Mac operating system, macOS Monterey, has just been released by Apple. And several changes are coming with the new OS.

Apple continues to keep its operating systems, macOS, iPadOS, iOS, different. However, it’s clear the tech company is looking to combine what’s good about each of them.

macOS Monterey will provide improvements to FaceTime on Macs that have been on iPhones for a while now. Spatial audio, SharePlay (where you can watch the same content as someone else at the same time), and noise isolation are just some of the enhancements coming to FaceTime with the new OS.

Safari is getting a complete redesign and will look significantly different. Tab Groups will allow you to navigate through tabs more easily, and you’ll now be able to sync tabs across iPhone, iPad and Mac.

There are some brand new features that we haven’t seen on any OS coming with Monterey. Focus is a notifications update that allows you to select what notifications will pop up. For example, while gaming, you can turn notifications off entirely or while at work, you can make sure personal notifications aren’t shown. You can also let people know you’re in Focus mode, so they understand you aren’t ignoring their messages.

There’s also Universal Control which allows you to move windows from your Mac to your iPad by dragging it across. To use this, your iPad needs to be running iPadOS 15.

Maps has been updated with a new and improved look, and Live Text has been added, which lets you interact with text in images or photos. You can tap a phone number in a photo to call it, copy it or message it, similar to if you copied and pasted it from a document.

These are just some of the changes coming with macOS Monterey and there are more to be announced as this is just the beginning of macOS Monterey.

If you have a compatible device, you need to go to the Apple Beta Software Program and sign up or sign in. Choose the macOS tab and select “Get Started.” This will allow you to opt-in for the beta. Once you’ve done this, you need to install the profile that determines you want macOS Monterey instead of the previous OS, macOS Big Sur. And that’s it.

Apple has warned that macOS Monterey is still a ways off its final build, and it will contain bugs, faults, and fails. The tech company recommends you don’t install the beta on a critical device as it may not function as you expect at this time.

If you do decide to opt-in for macOS Monterey, Apple has asked, if you do come across any issues, report them through the feedback assistant app.