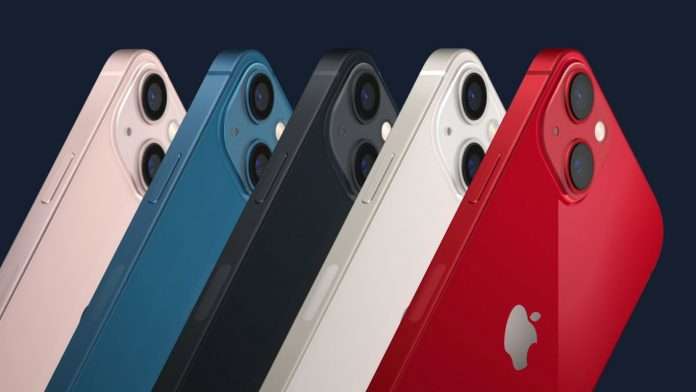 Apple has officially revealed the iPhone 13 family of handsets, putting to bed 335 days of speculation which began as soon as the iPhone 12 was unveiled. And it’s a case of evolution rather than revolution, with the company announcing a faster set of handsets with improved camera performance, a (slightly) smaller notch, an upgraded camera and (for the Pro models) a 120Hz screen upgrade. No sign of that rumoured satellite communication, mind.

Anybody who buys a new handset for the cachet of having the latest kit may want to sit this year out, as the iPhone 13 looks virtually identical to the now completely redundant unit sat in your pocket. Indeed, it still comes in the same four sizes, with the 5.4in iPhone 13 mini and 6.1in iPhone 13 joined by 6.1in and 6.7in iPhone 13 Pro models.

But it’s what’s on the inside that counts, and you can expect quite a speed boost from Apple’s A15 Bionic chip, which is said to be 50% faster than “the competition” (hi Android!), all while being more efficient.

While Apple didn’t specify the exact battery sizes during the show, they will be larger, providing 90 minutes more stamina on the 13 mini and 13 Pro, and 2.5 hours more on the regular model and 13 Pro Max. Previous leaks have pointed to between 179mAh and 665mAh more battery capacity per model, which sounds about right given the numbers quoted here.

Then there are camera improvements. The non Pro models are getting an improved dual-camera array, with the 12-megapixel sensor capable of capturing 47% more light, which should lead to less noisy snaps. The secondary ultra-wide lens inherits the sensor-shift image optical stablisation from the iPhone 12 Pro Max, which is nice too.

The Pro model’s main advantage has traditionally been its improved camera setup, and that’s repeated here with a new 77mm telephoto lens with 3x optical zoom, plus an improved ultrawide lens with autofocus and a bigger f/1.8 aperture. The latter should make for low-light photos that are 92% better, according to Apple, though God knows how such things are measured. Apple ProRes full-resolution editing will also be supported on Pro models for the first time.

Speaking of the Pro models, an additional lens staring back at you when you flip the phone over isn’t the only extra you get. The iPhone 13 Pro and Pro Max handsets also get their OLED panels upgraded to 120Hz affairs. That means they’re capable of refreshing 120Hz a second instead of 60, which in turn makes everything feel a bit smoother. It also opens up the door to 120fps games, because the screens will now be capable of displaying more than 60 frames every second. In most instances that’ll be hypothetical — at least to begin with — as apps have to actively support that, but the technical barrier is out of the way, at least.

All of those are starting prices — no iPhone has ever had expandable storage, and this is no exception, so if you want more space, be prepared to pay more upfront. That said, they all start at 128GB of internal storage this time around, with a massive 1TB version available for the Pro model if you take a lot of 4K video.

Now that’s out of the way, you may be wondering what the iPhone 14 will look like. Leakers are way ahead of you…