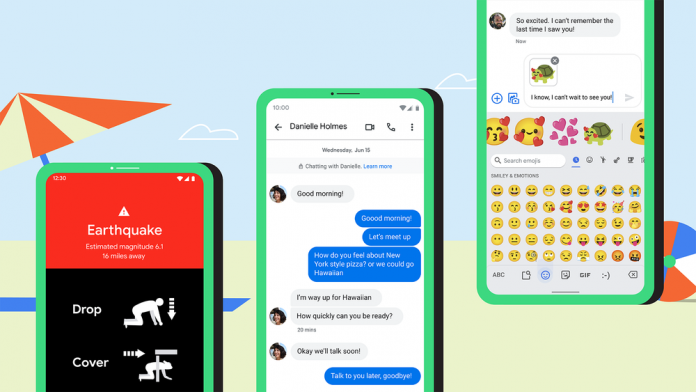 Android is set to roll out a global update this winter for its 3 billion worldwide devices.

From expanding its Earthquake Alert System to more earthquake-prone countries to an update to Android Auto, here are some of the noteworthy features android users can expect when the update rolls out.

Android has been working on expanding its Earthquake Alert System to countries that are prone to earthquakes. Initially released in just the US, it was released in New Zealand and Greece on 28 April this year.

This update will see Turkey, the Philippines, Kazakhstan, the Kyrgyz Republic, Tajikistan, Turkmenistan, and Uzbekistan getting this feature.

Android users finally get access to end-to-end encryption in Messages. This is something that was introduced in iOS in 2011 with their messages app.

Android Auto gets a plethora of features like dark mode, an A to Z scroll bar, and faster starting times in the car. You can also directly send messages through Whatsapp and Messages.

In a beta launch, Android is introducing Gaze detection which will notify the voice access to work only when you are looking at the screen.

Android has not shared any information on which versions will have access to these new features.