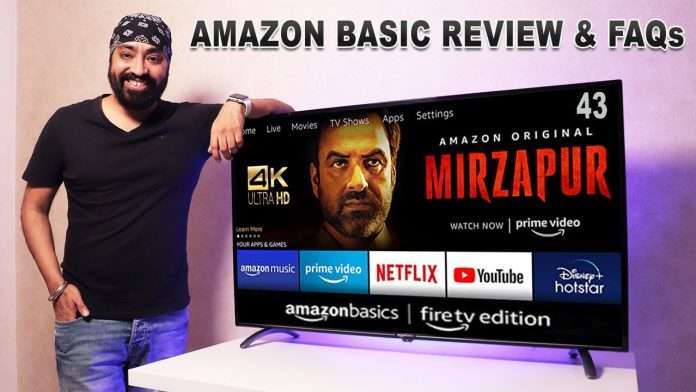 Rumours suggest Amazon is planning to launch Amazon-branded ‘Basics’ television sets in the United States as soon as October.

The sets can be thought of as a cross between Amazon hardware, such as its phones, Oasis and Kindle Fire devices, with integration with Amazon Prime and other devices and services – especially Alexa.

Amazon Devices and Amazon’s R&D wing ‘Lab126’ are behind the launch. Reuters said the TV announcement has been two years in the making. Amazon’s TVs, which are to be powered by virtual assistant Alexa, will be designed and manufactured by third parties.

Launched in 2009, AmazonBasics has grown to offer more than 5,000 products. Amazon says its mission is to identify everyday items Amazon can create at a similar or higher quality and lower price point when compared to existing name brands, which is a strategy also employed by companies such as Costco and Target.

It follows the launch of AmazonBasics 4K smart TVs in India in 2020. Tech commentators have said Amazon will enter direct competition with electronics giants Samsung, LG and Sony, and sell hardware including TVs through Amazon’s website. Tech commentators have compared the announcement to Amazon creating an Apple-like ecosystem of devices and services to link Alexa, Amazon Prime Video and its retail website.