Amazon in a world of trouble

Amazon in a world of trouble 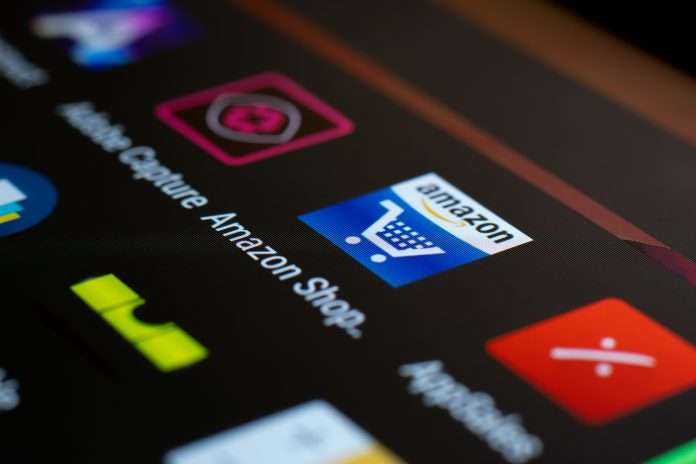 This week Amazon opened up its Australian site to Kiwi shoppers.

It’s a small but significant step into the New Zealand retail space (though Amazon Prime, which delivers expedited delivery and other subscriptions, is not available here.)

Growth in Australia was not as fast as the company expected when it entered the country in 2017, nevertheless last year the Australian site pulled in more than a billion dollars.

But, as new CEO Andy Jassy (who used to head Amazon’s hugely profitable AWS) gets his feet under the desk, the 1.7 trillion USD company is facing a world of trouble.

Amazon on their European blog characterise their presence as a job bonanza, supporting local small businesses and driving innovation. The European Commission has a different view suspecting it has breached antitrust rules by distorting competition in the online marketplace.

The issue is the non-public business data of independent sellers that Amazon has access to on its marketplace. Regulators allege Amazon uses this data to its benefit while simultaneously competing with the same third party sellers. Although the investigation is likely to stretch on for years, Amazon faces a possible fine of up to 10% of its annual worldwide revenue (around $28 billion USD).

Another challenge European regulators are considering revolves around what sellers’ products are selected to appear in Amazon’s “buy box” — the highly desirable slot on the right-hand side of listing pages and not far from Amazon’s European headquarters in Luxembourg, data protection regulators are preparing a possible $425 million GDPR fine in response to the way Amazon uses people’s personal data.

The recent G7 tax deal means that Big Tech will have to pay more tax wherever they sell products or services. That agreement is scheduled to be approved by 130 countries – including New Zealand, US and France, which was particularly vocal that Amazon would not be able to wriggle out of its obligations – later this month.

In the UK regulators have honed in on the dubious integrity of Amazon’s customer reviews.

CMA Chief Executive Andrea Coscelli stated that – “Our worry is that millions of online shoppers could be misled by reading fake reviews and then spending their money based on those recommendations.”

It is now undertaking an investigation to determine whether Amazon has broken any UK laws intended to protect consumers from unfair trading.

Last month an ITV investigation discovered that Amazon was destroying millions of items of unsold stock. Why? Companies who sell goods via Amazon use its warehouse to store products but Amazon charges them, if it remains unsold it becomes cheaper to destroy them.

Jeff Bezos always had good timing, or luck, and that’s seen in his handing the reigns to Jassy at a time when the company is under the lens of Federal regulators.

That announcement would have had Bezos and co hurriedly calling their teams of lawyers and lobbyists.

In 2017 Khan, then an academic, penned a paper  – Amazon’s Antitrust Paradox – in the Yale Law Journal. The paper singled out issues that are destructive to the wider economy.

One doubts Kahn buys her groceries through Amazon.

Her argument was that even if Amazon’s services were cheaper the company should be seen in a wider context; attention should be paid to how it trounces competitors, treats its workers, even suggesting its monopolistic practices can present a “threat to democracy”.

Kahn wields real power and this is shaping up to be a fascinating tussle.

No wonder Bezos is jetting off into space.

The attempted unionisation of Amazon warehouse workers in Alabama failed in April – but the tactics of Amazon around the process gives an insight into its labour strategy. CNN reported that during the union campaign Amazon management launched an anti-union website, had one-on-one talks with workers and required workers to attend group meetings where the company pressed its anti-union views. Similar bullying tactics have been experienced wherever Amazon employs a large local labour force.

Jassy’s AWS has also come under fire with the antitrust subcommittee of the House Judiciary Committee. It was alarmed by the market dominance of Amazon’s cloud computing arm, suggesting that it gave Amazon an undue commercial advantage. Part of the complaint involved AWS providing Amazon with insights into “the trajectory of startups using its services, information that it can use to guide acquisitions and to replicate promising technology.”

After an unsuccessful foray into China, India is Amazon’s next big battleground. Amazon launched there in 2013 but it hasn’t been an easy road and the company has so far invested more than 5 billion USD in the country. Local player Flipkart – ironically started by two ex-Amazon employees – the main problem. It was bought by Walmart in 2018 and continues to battle with Amazon for market dominance.

Both Amazon and Flipkart are now facing accusations from offline retailers that their complex business structures allow them to circumvent foreign investment e-commerce rules and use unsustainable discounts to stifle competition. India’s Enforcement Directorate is investigating.

Amazon’s practice of hiring casual labourers to staff its huge distribution centres has seen it clash with unionists.

By employing casuals Amazon has no legal obligation in regards to unfair dismissal or job security.

National Union of Workers national secretary Tim Kennedy told ABC news that the level of casualisation in Amazon’s warehouse is “unheard of” in Australia.

“In a lot of the facilities where we represent workers, up to 40 per cent of the workers will be casual or labour hire, but nowhere have we ever found in Australia that a major company running its logistics supply chain uses 100 per cent labour hire casuals not employed by them directly.”

In comparison New Zealand has welcomed Amazon with open arms.

The government gave them a $160 million tax rebate in return for the company filming its TV series Lord of the Rings here, despite concerns over how long New Zealand can continue to connect itself with the series if Amazon decides to take future series offshore.

It appears Amazon won the negotiation, getting the extra subsidy without a long commitment, the government securing only some rather opaque promises of Amazon building a “wider relationship between New Zealand and the Amazon Group”.

In light of its woeful employment practices elsewhere that shouldn’t be a reason to celebrate.

Earlier this month Amazon Studios denied allegations of “unsafe” conditions for stunt workers on the LOTR set following a report that two serious injuries were not reported to WorkSafe.

Still, the Government did negotiate for a member of the NZ Film Commission to be escorted down the red carpet at the series premiere.