theBit.nz
HomeNewsAmazon has made a smart soap dispenser for some reason
News

Amazon has made a smart soap dispenser for some reason

Amazon has made a smart soap dispenser for some reason 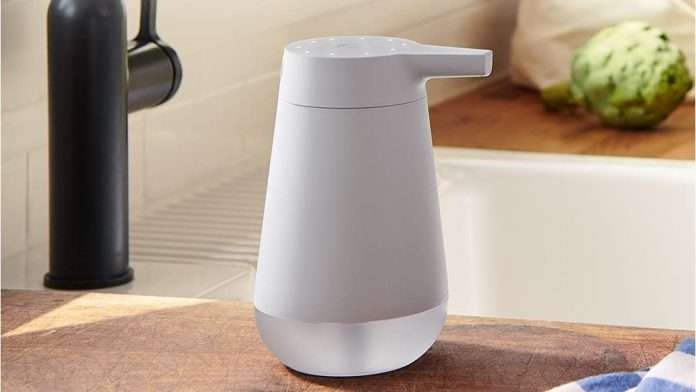 It seems that Amazon will put wireless connectivity into just about anything and call it smart. The company’s latest ‘smart’ device is an Alexa-enabled soap dispenser, for those who find counting to 20 a bit too much like hard work.

The Amazon Smart Soap Dispenser contains up to 12oz of liquid soap, and will automatically squirt a set amount into your grubby paws, depending on how close you hold them to the nozzle. A ring of LEDs will then illuminate as an internal timer counts to 20, ensuring that you wash your hands for long enough to actually clean them in any meaningful way.

Thankfully, somebody at Amazon’s design team has understood that putting a microphone in a device destined for the bathroom might be a somewhat unwelcome invasion of privacy, and there’s no built-in speaker either. But it does work with Alexa devices in a 30-foot radius, allowing connected Echo speakers to play music or crack jokes for the 20-second hand washing period so you have something to focus on other than the LEDs completing their hygiene celebration ceremony.

Given the shortage of plug sockets in bathrooms and toilets, Amazon has sensibly made the device battery operated, and the internal cell can run for up to three months before needing a charge via a standard microUSB cable.

The timing isn’t a coincidence, of course. As the rest of the world continues to fight Covid-19 epidemics with lockdowns and social distancing, frequent hand washing has been frequently cited as one of the best ways of combating the spread of the virus. Even though most people now seem to agree that it’s a poor second to proper ventilation, given the virus is airborne.

If it indeed a Covid cash in, then Amazon isn’t the first company to adapt its tech for battling coronavirus. The Apple’s Watch’s most recent OS update includes a feature that will start a 20-second timer when hand washing is detected, while Alexa’s arch rival Google Assistant will sing you a twee 40-second song about the merits of good hygiene if you ask it to.

The Amazon Smart Soap Dispenser goes on sale in America tomorrow priced at $54.99 – which is around NZ$78.