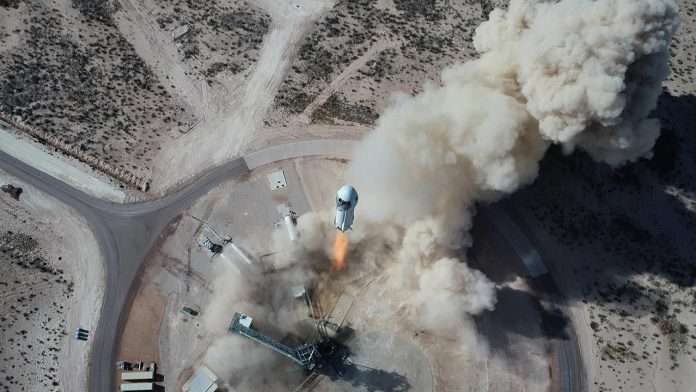 The third seat was won in an auction by a yet-to-be-named bidder. The seat went for $28 million with the proceeds going to Blue Origin’s foundation, Club for the Future, which strives to inspire future generations to pursue careers in science, technology and mathematics.

The fourth crew member is yet to be announced, and will be revealed in a few weeks.

Named after Alan Shepard the first American to go to space, New Shephard is designed to take payloads and astronauts past the Karman Line, the recognized boundary of space. The flight will last 11 minutes and the rocket is capable of coming back and landing.

The New Shephard rocket from the outside