A future Samsung smartwatch could expand on your wrist

A future Samsung smartwatch could expand on your wrist 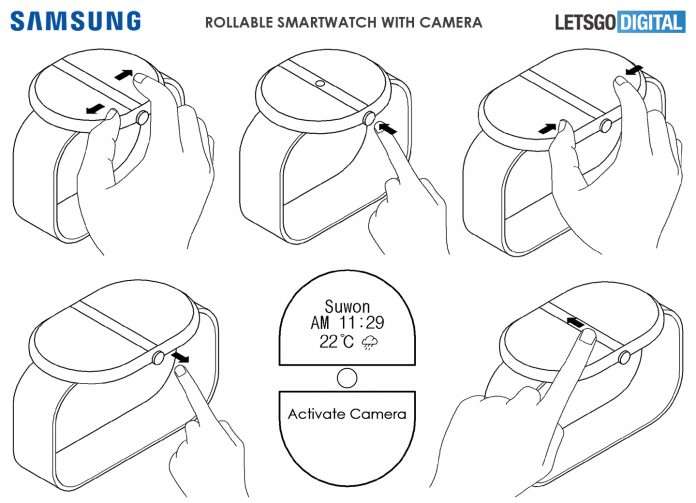 With the possible exception of the Apple Watch, smartwatches have failed to really capture the imagination of those who put their trust in Rolex, TAG Heuer, or even Casio.

Yes, smartwatches can display notifications and location via GPS. But other than that, many see traditional watches as having the edge, thanks to a battery life that can be measured in years rather than hours, and not looking anything like an electronic tag for prisoners on day release.

But can your Rolex actually grow on your wrist to let you get a better look at the time? No. You’re left moving your wrist closer to your eyes like a pauper.

And that’s the kind of innovation that Samsung could be looking at in the next few years if a recently discovered patent is acted upon. Spotted by Let’s Go Digital, the patent shows how watch wearers could gain a whole extra 40% of screen space via a rollable display, which expands and retracts upon the push of a crown.

Why would you want that extra space? Well, if you’ve ever tried typing a message out on your smartwatch, you’ll know why additional screen real estate would be handy in theory, but it’s hardly large enough to make long-form copy appealing from the wrist. The patent even suggests that you might want to watch video on the larger screen with this picture, which seems to show a bit of Thor, though that feels like a stretch.

If this isn’t technologically interesting enough, the frame between the two screen halves can also house a small camera: ideal for espionage or — more likely — the ability to take part in another humdrum Zoom meeting, no matter where you are.

Given the price Samsung puts on its wearables (quite high) and the MSRP it puts on its foldable phones (extremely high), it’s hard to imagine a smartwatch with such a neat party trick being anything other than ludicrously expensive, at least to begin with. But it is at least encouraging to see a company considering how a smartwatch could actually improve on the classic wristwatch formula, without falling back on an answer that involves more esoteric sensors or more unnecessary apps.