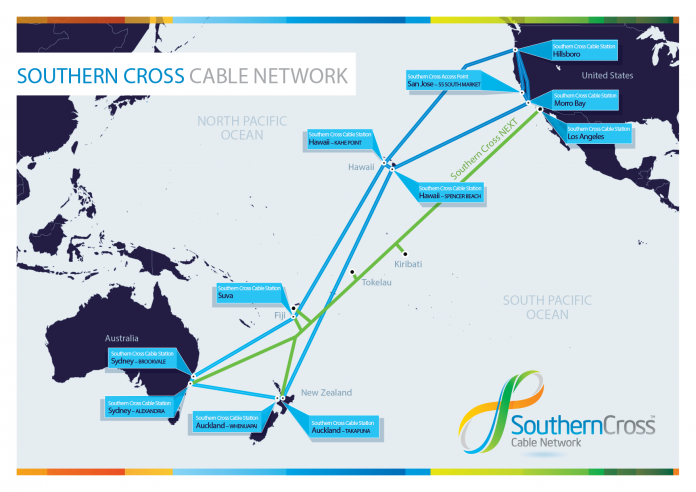 Called the SX NEXT project, this connection will increase New Zealand’s international connectivity and data transfer by 72 terabits per second i.e. an increase of 100% of the country’s current total market capability and is the equivalent to streaming more than 4.5 million Ultra HD 4k videos simultaneously.

David Clark, Minister for Digital Economy and Communications for New Zealand, says, “Being geographically isolated like we are in New Zealand means there’s never been a greater need to invest in our technology infrastructure and grow our global digital connectedness.”

The company currently provides the lowest latency links between Auckland and Los Angeles, and Sydney.

Southern Cross CEO, Mr. Laurie Miller says the SX NEXT project will be completed early next year improving the connections with key markets including Australia, Fiji, and the United States.

“The completion of NEXT will interconnect New Zealand to the world via an eco-system of 12 cable stations and 8 key data-center hubs in Australia and the USA, spanning 6 countries and 8 time zones all inter-connected by over 45,000km of cable. That’s more cable mileage than the circumference of the earth, and enough to traverse the length of New Zealand over 28 times,” added Mr. Miller.

Jolie Hodson, CEO of Spark, a founding shareholder of Southern Cross, says digital technologies will be an important enabler of how we build back better as we recover from the impacts of COVID-19 and respond to climate change.

“The SX NEXT cable is a critical piece of infrastructure that will support the growth of technologies like 5G and IoT (Internet of Things), which have the potential to transform sectors such as utilities, manufacturing, and cities – boosting productivity.”