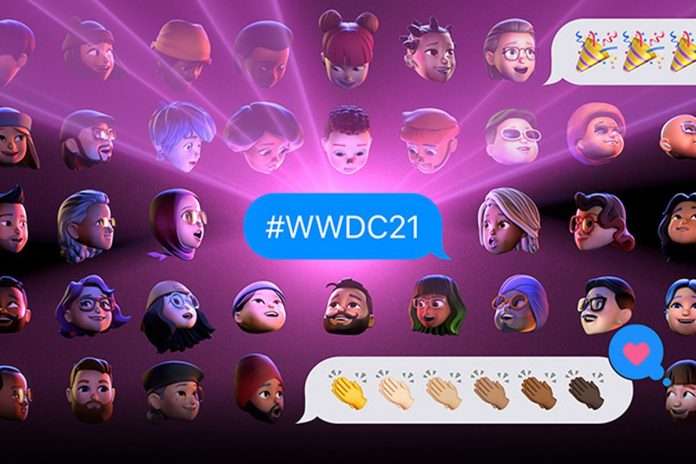 This year’s WWDC showcased software updates to macOS, iOS, watchOS, iPadOS, and developer toolkits for the Mac and iPhone.

It was Apple’s second major event, after Spring Loaded, that took place towards the end of April. As you’d expect, WWDC 2021 was an online-only event and stream (because Covid) that began at 5 am NZ time.

Here are the 7 biggest announcements from WWDC 2021.

Apple’s Senior Vice President of Software Engineering, Craig Federighi, kicked off this year’s WWDC by introducing us to iOS 15 and then dropping the huge announcement that FaceTime was coming to Android and Windows devices. Sort of. Facetime is actually coming to secure web browsers that Android and Windows devices can (and do) run. Apple users can host FaceTime calls with a URL, a la Zoom, and any user can join from a secure browser. Information about which browsers, and security protocols are used, are still a bit thin, however Apple employees have confirmed that major modern browsers will be able to support this new FaceTime feature.

This along with the addition of features such as Spatial Audio (now pinpointing the position of the speaker during Facetime), background blur (previously only available in Portrait Mode), and access to media sent through messenger while FaceTiming, was the highlight of this update.

iOS 15 will be available this “Fall” (Autumn for NZ) for iPhone 6 and later.

iOS 15 introduces Focus, a new mode for notifications that lets you filter notifications from specific Apps/people during a particular activity, eg. Work or Home.

Focus Modes sync across all your Apple devices and let you clump certain notifications and receive them in the form of a collage format.

Apple introduced Live Text, which uses “deep neural networks” and “on-device intelligence” to read the texts on your photos. This new feature can be used for a number of functions like copying actual handwritten notes into emails and copying texts from your camera roll.

Apple introduced Monterey as its latest Mac operating system. The update has a strong focus on design and simplicity.

Monterey also features updates to Safari, introduction of shortcuts (replacing Automator). Universal controls allow the user to seamlessly work with a single mouse and keyboard across multiple Apple devices, with no setup required.

watchOS 8 will let users take advantage of depth-rich Portrait images (taken on iPhone) when setting them as their watchface (see picture). The new watchOS also introduces the Mindfulness app, which replaces the Breath App. Mindfulness will still remind you to take a minute to focus on your breathing, but it builds on that too – adding features like monitoring your respiratory patterns while you sleep, and reminding you to perform mindful exercises such as taking a minute to remind yourself about the last good thing you did for yourself.

As part of the new iCloud+ service, Apple will be offering its users an interesting privacy feature called Private Relay. Apple has been keen to stress that this feature is not a VPN, though it does share a lot of similar features.

Private Relay is an end-to-end encryption service that routes your encrypted data through two different servers before “relaying” it to its target destination (before repeating the process as your requested data returns to you).

Unlike a traditional VPN, Private Relay will not allow users to geo-hop their location, instead they will be assigned a temporary IP address – that is unique to them – that is close to their original location.

(Note: iCloud+ is another new service that is “free” to Apple users that already pay for premium iCloud features.)

Apple showcased its latest OS for the iPad just weeks after launching its latest iPad. The new OS gives some much-needed flexibility in widget placement on the homescreen and also introduces the much loved App Library from the iPhone to the iPad.

Multitasking seems to be improved by introducing simpler icons when jumping into split-view and a ‘shelf’ feature that helps organize multiple tabs.

The updates made to FaceTime, introduction of Focus, Live Text, and updates to Photos are all available to the iPadOS 15 as well.