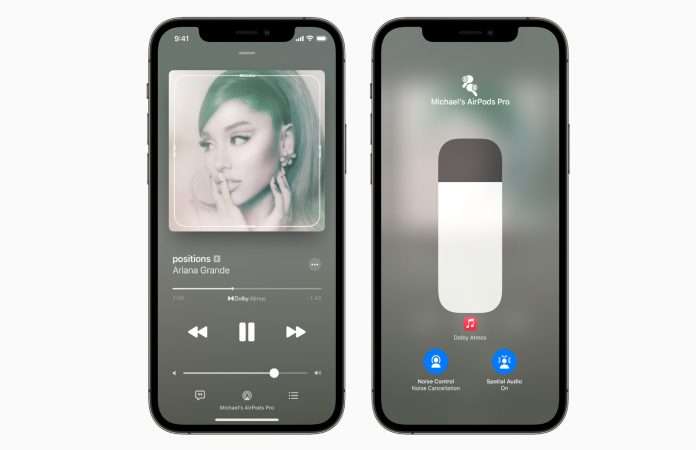 FaceTime got plenty of attention at Apple’s WWDC and one of the improvements coming in iOS15 ensures you’ll hear every word on your call no matter what’s going on in the background – pity Apple didn’t think to upgrade the webcam in the latest MacBooks, though that’s another story.

The audio improvements are down to new microphone software giving the user two options. Engage Voice Isolation when there’s unwanted noise – it may be a coffee machine in the cafe you’re in, passing traffic or construction; the mic will then block out the unwanted noise and hone in on your voice. The second option is Wide Spectrum which uses advances in spatial audio to better give you a sense of where the person speaking is on screen when on a FaceTime call with multiple people.

Spatial is essentially Apple’s 3D surround sound format, using Dolby Atmos, for headphones and it’s hitting Apple Music now with Olivia Rodrigo, The Weeknd and others streaming in spatial, there’s even an introductory spiel by our own Zane Lowe.

In other audio news, Apple also gave some love to the AirPods in iOS15 introducing a Conversation Boost feature to aid those with mild hearing loss, the AirPods acting as a kind of hearing aid (surely there’s more to come from Apple in this space).

Similar to the above-mentioned voice isolation feature in FaceTime, AirPods users will hear their conversation partner better in busy environments and be able to manually control how much ambient noise to let in via controls on their AirPods app.

And if you leave your AirPods behind somewhere, a new “separation alert” feature will be activated with ping on your iPhone. iOS15 brings more “Find My” abilities for AirPods too, with AirPods sending out a Bluetooth signal that can be detected by other Apple devices.

But perhaps the best audio news at WWDC was that Apple has finally pressed go on lossless audio on Apple Music. Now, if you have the latest iOS, iPadOS and Mac updates installed you’re now able to stream tracks in lossless/CD-quality and high-res lossless where available – though you will need an external DAC for that and, be aware, you can’t listen to lossless over Bluetooth, as Apple uses its AAC Bluetooth Codec which doesn’t support lossless. Best bet is to buy a USB DAC like an AudioQuest Dragonfly – plug it into your dongle and plug in some good quality wired headphones.

Not exactly an elegant solution but it’ll work.