theBit.nz
HomeDeep diveWhat is Matter? And why it makes your smart home smarter
Deep dive

What is Matter? And why it makes your smart home smarter

What is Matter? And why it makes your smart home smarter 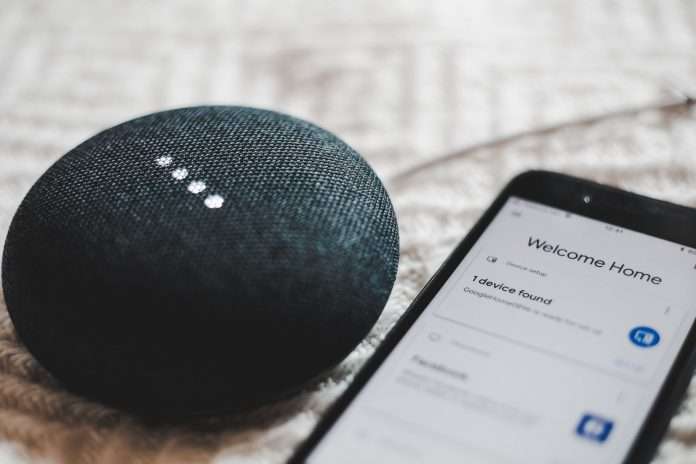 There’s a perception that the Big Tech companies are in constant competition with one another – and most of the time that’s true – Apple taking a shot at Facebook in its recent anti-tracking update for example – but Matter, which was launched under the moniker Project CHIP in December 2019 – is one initiative where Apple, Microsoft, Amazon, Google, Huawei, Philips and around 200 other leading tech companies are quite happy to collaborate.

What is Matter? Essentially it’s an industry unifying standard that creates more connections between more objects, simplifying development for manufacturers and increasing compatibility for users.

All you need to know is that your home will run a lot smoother once the tech titans sort the standard out.

There are now nine smart devices in the average smart home, five years ago there were only three and that’s only going to grow.

We all know that connected smart home devices are cool, but give them the chance to integrate across multiple platforms and they can really perform to their potential.

You may have an Amazon Echo, a Samsung Smart TV, a Philips Hue lighting system, a Google Nest doorbell, two iPhone users and two Android users in your home – that’s a pretty brand agnostic home but bear with me; at the moment those devices will work to switch on the lights, play music, unlock the door and stream tv, just not very well, and you’ll be switching between apps to do so – Matter is out to change that.

Matter will not only enable hassle-free communication across those smart home devices, mobile app and cloud services, but it will also define a specific set of IP-based networking technologies – specifically Bluetooth, Thread and Wi-Fi.

It looks like Matter may even achieve the impossible and connect products made by Google Nest with Apple’s HomeKit ecosystem.

That surety means that product developers will be able to build new products to those standards and ensure they work seamlessly – irrespective of brand or ecosystem – straight out of the box.

It may also mean that your app-cluttered phone or tablet screen will get a break.

With Matter app reliance will be greatly curtailed.

Matter doesn’t prevent manufacturers from creating their own apps to provide users with branded experiences, but in a Matter ecosystem it will no longer be a requirement, or needed.

To get new connected devices onto your home network you can simply use HomeKit (recently Apple confirmed that Matter-certified devices will work with HomeKit) Alexa or Google to build routines that all Matter compliant devices on the network will follow.

Matter should also lower prices for consumers as the need for companies to spend money on developing apps and integrating with other brands disappears.

“Historically, there comes a point in time when you realise that a market can be bigger if you work with others to build it instead of trying to own 100 percent of that market yourself,” says Tobin Richardson President & CEO, of the Connectivity Standard Alliance the industry group that helms the Matter initiative.

“There’s still competition (vigorous!), but often there’s a realisation by both technical and business leaders that what’s needed to drive the market forward is collaboration.”

That’s a sentiment the various antitrust suits governments are currently waging against the Big Tech firms will identify with; the difference here is that coming up with a standard will open up the “internet of things” and smart home innovation to a much broader market.

It will also make purchasing decisions easier for the average consumer and incentivise them to introduce new devices into their home hubs as well as maximising investment in smart products they have already committed to.

The standard gained added traction last month with Amazon’s announcement that it will support Matter on most of its Echo product line, including the Echo Shows, Echo Dots, Echo Studios and Echo Flexes.

That’s key because a digital assistant is how most consumers want to run their home and Amazon has over 200 million devices in user’s homes across the world claiming over 65% of the market.

It was also announced that Amazon will allow local control of Matter devices in the home using Alexa which will ensure devices function faster as data doesn’t have to interact with the cloud.

Amazon is also going to use Matter to standardise communications for smart TVs so the technology works with different casting technologies.

Meanwhile Google has announced that devices like Nest Wifi, Nest Hub Max and the second-generation Nest Hub will all become connection points for Matter devices.

Further all Nest displays and speakers, like the Nest Hub and Nest Mini, will be automatically updated to control Matter devices.

But there has been a slight delay in Matter being rolled out – due to the Delta variant engineers from the different companies haven’t been able to get together in person; developers also needed more time to get Matter’s software development kit right.

The end result is that new smart home devices that support the Matter protocol won’t hit the market until the latter half of 2022.

How will this affect my existing smart home devices?

That’s a question a growing number of users are asking.

Most likely existing smart home devices will be able to be updated and compatible with Matter, but not all of them.

You’ll likely be a lot more future-proof if you have smart home devices from big brands like Amazon, Google or Apple.

Amazon for example plans to support older non-Matter compliant devices via a Matter-compliant bridge. So if you do own a device that doesn’t get Matter support next year you can attach it to that bridge, control them via Alexa and it’ll work.

What you can be more certain of is that Matter compliant devices will be secure thanks to Matter demanding AES128-bit encryption of data between devices, and between devices and the cloud and use blockchain technology to certify the device’s provenance.

Matter will also require devices to have over-the-air updates for software and firmware, so if a security concern does emerge manufacturers will have a way to address them.