We’re witnessing the beginning of the end of Facebook

We’re witnessing the beginning of the end of Facebook 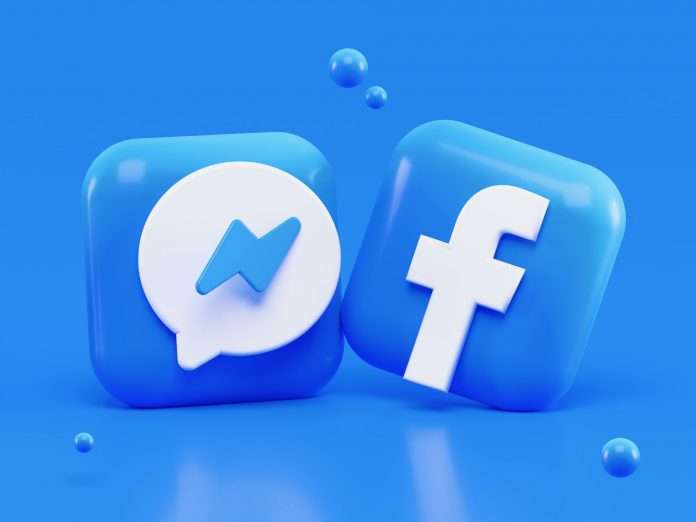 Yes, you read that right – it may take a decade or so – but I’m calling it.

Facebook – the social media platform du jour for many, the one that helped bring us Trump, drove Brexit, live streamed Christchurch’s Mosque killings, the one that helped fuelled an attempted insurrection in Washington and brought traditional media to its knees while feeding us countless cat videos and so much more – is on the downward slope.

You’ve got to give it to Zuckerberg – a mixture of chutzpah, greed and an almost primal knack for catering to the lowest impulses of the populace has made him and his company a tech powerhouse but, while I expect its ad earnings bonanza to continue fora fair while yet, one gets a sense that Zuckerberg and co understand their time in the sun is coming to an end.

If you want some sense of how the tide has changed look at the cover of the Time Magazine from earlier this month. It has a photo of Zuckerberg with the app deletion icon “Delete Facebook”? muzzle-like, across his mouth.

I’m not so sure people will delete Facebook – who’s got the time, it’s quite a process – instead many will keep an account but rarely use it.

Here’s the key metric that seals the deal; most young people don’t use Facebook – who wants to be on a platform where old people are shouting at each other all day?

Indeed, even a good proportion of its core 40 plus demo is logging off.

Facebook has become the one thing a social media platform should never become – boring.

If its drug-like algorithm worked for many years, the world is moving on, we’re tired, overstimulated and cranky.

Yes, teens use Instagram, another Facebook product, but even there engagement rates are falling and TikTok and Snapchat are eating Facebook’s lunch – (Zuckerberg must still be kicking himself he didn’t buy TikTok predecessor musical.ly in 2016 when he had the chance.)

As The Verge’s story Facebook’s Lost Generation makes plain – citing Facebook’s own research – teenage users in the US declined by 13 percent since 2019 and are projected to drop 45 percent over the next two years, and that’s despite ongoing efforts to create new products to appeal to the valuable demographic – “the aging up of the app’s audience — now nearly 2 billion daily users — has the potential to further alienate young people, cutting off future generations and putting a ceiling on future growth.”

Further the implications of its management failures, which put profits ahead of people, are evident today in everything from teenagers’ mental health, the vaccination divide to the fraught political landscape.

But I always return to the Myanmar massacre in 2016 – where members of the Myanmar military used Facebook as a tool in the government’s campaign of ethnic cleansing against Myanmar’s Rohingya Muslim minority – as the single event that highlighted the brutal culpability of the platform.

The moderation team at Facebook knew the killings were happening – and had multiple warnings from people on the ground – as detailed in Sheera Frankel and Cecilia Kang’s book An Ugly Truth. Despite that Facebook failed to take down inciting posts, mainly because it didn’t have anyone who could speak the dialect, although, at the time, it claimed it did (according to Time Facebook spends almost all of its budget for keeping the platform safe only on English-language content.)

And, for a leading tech company, with a cadre of top PR professionals, Facebook doesn’t learn from its mistakes.

One of whistleblower Haugen’s most disturbing revelations was that after the 2020 US elections Facebook disbanded the civic-integrity team.

Haugen cites that as key in her decision to act – “It really felt like a betrayal of the promises Facebook had made to people who had sacrificed a great deal to keep the election safe, by basically dissolving our community.”

The game is up

I think Zuckerberg knows, deep down, that this particular game is up.

Just look at what he faces when he gets out of bed every morning – his company faces falling engagement rates, mounting battles with regulators, dissent from within and a growing public relations disaster.

Yes, it still makes a ton of money, but how long will that last?

And, as more people learn what those who’ve followed the growth of Facebook have known for years, expect the drop-off to hasten.

When Zuckerberg starts bloviating about the metaverse and the upcoming Facebook name change, it’s those issues driving it.

One thing Zuckerberg can afford to do is vicariously live out his fave sci-fi novel courtesy of his almost trillion dollar behemoth.

Further, making the pivot to the metaverse is both a corporate face-saving tactic and a long-shot bet on where the company will go next.

Well, if what Facebook’s done with Oculus since it acquired it in 2014 is anything to go by, probably not.

At present Oculus remains a niche gaming product – and Zuckerberg’s vision of the metaverse seems to be little more than – “hell we can hold meetings virtually using cyphers and you can include a whiteboard!”

Is that something your Mum and Dad are going to buy into? (Oculus headsets retail here for around $800).

Zuckerberg’s also rather good at assuming the role of the corporate penitent when needed, saying exactly what people want to hear – (see last year’s Senate hearings or the time he taught himself Mandarin when he was trying to woo the Chinese government; no, it didn’t work.)

He’s also great at promising changes, implementing them half heartedly and then folding them up after the spotlight’s passed.

Haugen’s haul will redouble the efforts of FTC chair, and vocal anti-monopoly crusader, Lina Khan and Zuckerberg should be scared.

Haugen’s documents prove, if there was ever any doubt, that Facebook engaged in deceptive marketing practices by knowingly causing harm to its customers by amplifying hate speech, encouraging eating disorders in teens and inciting violence.

Those documents may have just provided the missing piece Khan has been looking for; 2019’s $5 billion dollar fine for data breaches, will seem like a slap on the wrist.

Ironically this comes just a month after Purdue Pharma, the developer of the highly addictive painkiller OxyContin, and once one of the biggest pharmaceutical companies in North America, was dissolved in a bankruptcy settlement, as the company faced multiple lawsuits.

That controversial settlement requires the company’s owners forfeit billions of dollars to address the opioid epidemic, but will allow them to keep their wealth.

The downfall of Purdue and the Sackler family offers a hint of what Zuckerberg and his company could face in the years ahead.

No wonder he wants to escape into virtual reality.

Of course Amazon (and one senses Jeff Bezos lights up every time Wapo runs a how-evil-is-Facebook piece these days), Google, TikTok and others are guilty of many of the same practices as Facebook; but it’s now clear that Facebook, fairly or not – I’d argue it’s well justified, will be the first Big Tech company on the chopping block.