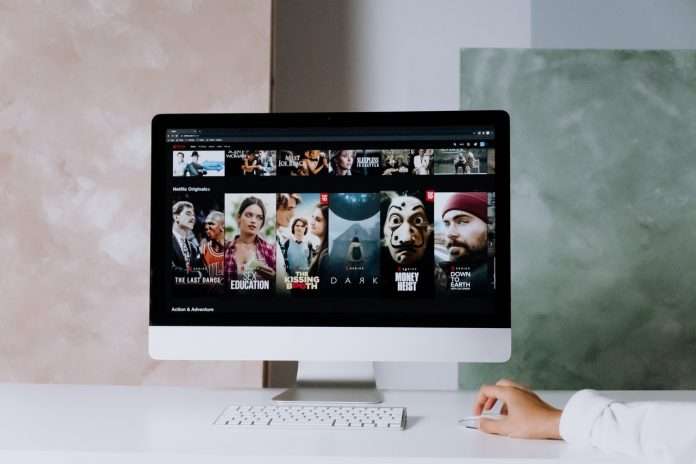 This month Netflix gave us an insight into how dominant it has become in the streaming-video-on-demand (SVOD) space, releasing a weekly report that details the time people spent watching its top 10 TV shows and movies.

While Netflix doesn’t drill down into each country figure-wise – NZ loves Red Notice too – it’s sitting at number one on our charts – as it is in pretty much the entire world.

Much like Spotify is doing with the music industry, Netflix in a few short years – it entered the NZ market in 2015 – has disrupted the broadcast industry.

Linear TV is now a niche of older demographics and the chase is on by local media organisations to lure viewers away from Netflix and secure content and subscribers for its own SVOD platforms (although there’s still plenty of competition with free-to-air which Discovery, at least, seems to see opportunity in.)

One thing’s certain. NZ players are in a state of flux as they prepare for a battle that will play out on our screens, however we choose to access them, in 2022.

All want your attention, your subscription and advertisers’ dollars.

Sky, Three and TVNZ may not be making the next blockbuster streaming hit – a la Red Notice – but they certainly want to have something like it in their content library – (apart from reliable rating reality shows the ship seems to have sailed on new NZ scripted content, the highly lauded Head High was recently cancelled by Three.)

Here’s how local players are getting their house in order and readying for battle.

Mediaworks ditched its radio arm and its TV assets were bought by Discovery in late 2020, to much celebration by the news arm of the company.

Discovery NZ – who now own Three, Newshub, ThreeNow, HGTV, Bravo and other media assets – are hiring for a newsroom – there’s likely to be over six hours of news a day on the channel – and has announced that current free-to-air channel Choice will become Gusto – where viewers can see old-school faves like Changing Rooms UK and Kiwi production Great Southern Truckers – in March – along with a new channel Rush (focused on survival and adventure genres.)

This will give Three five free-to-air-channels all aimed at the 45 plus demo who still watch linear TV. It also appears to be a move to enable it to attract NZ on-air funding, which stipulates that the content can’t exist behind a paywall.

New DiscoveryNZ CEO Glen Kyne told Spinoff that he is keen on taking “the best of Discovery, localising it and making it relevant through a New Zealand audience.”

Discovery also plans to transform ThreeNow into a standalone video entertainment platform on which it will run season exclusives like NZ-developed reality show Heartbreak Island and other NZ versions of franchise hits like Masterchef, The Masked Singer and Dancing with the Stars.

All this is happening as Discovery is merging with WarnerMedia in the US – a powerhouse coupling that’s expected to be completed mid-2022. The merger gives the newly minted Warner Bros. Discovery entity a much better chance in the direct-to-consumer streaming space as it takes on Netflix and Disney Plus in the American market.

That could work out well for NZ viewers too – as it potentially gives DiscoveryNZ a massive jolt in quality content.

Last year Sky expanded a long term relationship with Warner Media ensuring that it will continue to be the exclusive home of HBO in NZ for a while yet (ie Succession, the upcoming Game of Thrones prequel House of the Dragon) and gives Sky customers access to premium content from Warner Bros. TV & Movies, CNN and Cartoon Network as well as signing a new HBO Max programming deal for Sky, Neon and Prime in New Zealand – meaning that there will be no extra costs for Sky or Neon customers for HBO Max content.

Indeed there’s long been a cosy relationship between Discovery and Sky first with news and recently partnering up to deliver Wimbledon free-to-air on Three as well as on its Sky Sport channel.

Sky has also been talking to Disney+ and is offering a Disney+ subscription if customers sign up to Sky’s recently released broadband plan.

It’s also seen subscriptions increase on its Neon channel (where viewers can see one of the year’s best under-the-radar shows Dexter – New Blood) as well as Sky Sports Now and Rugby Pass where subscriptions were up a cumulative 57 per cent this year.

Great content is only half the story – ensuring seamless streaming is key too; a large part of Netflix’s success.

Sky’s new hybrid set-top box is expected to be in homes by the middle of 2022.

The tech upgrade is part of Sky’s strategy to be “the primary entertainment provider in New Zealand homes” and will combine both satellite and internet technology to bring the best in high-quality video and audio – and offers integrated Wi-Fi 6 technology for 4K video streams. It is also thought to include third-party apps like Netflix, Amazon’s Prime Video and Discovery+.

While the arrival of Spark Sport has seen Sky lose some key sporting rights it has broadened its content offerings and that is resonating with viewers.

Meanwhile state-owned broadcaster TVNZ still has our best free SVOD platform TVNZ On Demand which has transitioned over the years from being a glitchy, little-watched dumping ground for second-rate shows to a stable, fully resourced platform offering better content than is available on its free-to-air cousins – (recent shows which aired exclusively on the platform included wry, romantic dramedy Love Life and British submarine/detective thriller Vigil.)

ThreeNow rates a distant second – both in content and the usability of its app – a recent movie viewed through the ThreeNow via ChromeCast was a frustrating, buffer-rich nightmare.

While TVNZ’s platform is funded by advertisers – and lots of them, the constant ad breaks annoying many viewers – TVNZ has plans to also launch a paid and ad-free streaming service soon, a move that would need government approval.

TVNZ also signed a deal with NBC Universal to distribute its content here and a decision on the long-discussed merger of TVNZ and RNZ is likely early next year, but one that many feel RNZ needs more than TVNZ.

Indeed TVNZ has been doing pretty well by itself – recording a 27 per cent increase in revenue from its digital stream and recording a net profit after tax of $59.2 million for this financial year, an improvement of $85 million on 2020, and it gave $2000 to all its permanent staff.

The growth in digital is now outpacing the decline in TV, both at an audience and revenue level.

Both TVNZ and Sky’s financial results (the company reported an above-forecast net profit of $47.5 million for the year to the end of June) and the arrival of Discovery – who’s betting both on linear and digital – suggest that the local industry can withstand the Netflix effect.

The question remains however – just how many SVOD subscriptions are viewers willing to pay for?