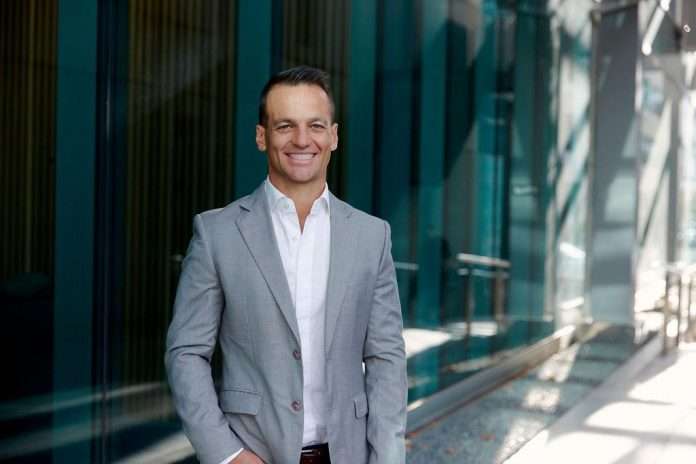 Most international tech companies exist in the abstract; big, sleek organizations removed from the New Zealand community. Yet Oliver Hill, the Country Manager of HP New Zealand, has a vision for the company that seeks to change that.

Hill is Kiwi through and through. Born and raised in Te Atatu, West Auckland, Hill’s upbringing “instilled in [him] a love of New Zealand to the point where [he’s] been based here [his] entire life”.

Loyalty is one of Hill’s essential values; he’s worked at HP New Zealand for nearly 20 years: “I joined in 2004 on the help desk doing a technical support role…that was very different to where I am now”. Since starting at the help desk, Hill has worked in a range of managerial roles, including Partner Management and Account Management. Hill was given his current role of Country Manager at the end of 2019. His broad experience within HP gives him an edge; he has direct expertise in many of the teams he’s now looking after.

Spending 20 years at one company is no easy feat. Yet HP’s growth over those years has kept him continually engaged: “HP has changed so much, it’s not anything like the company I joined. People do say, ‘Wow, how do you stay there for that long?’, but for me, my role and what we do has evolved so quickly, I never do the same job for that long”. That’s part of the nature of a big tech company. The job necessitates rapid evolution.

Those 20 years have also allowed Hill to form deep roots within the company. “You have these deep relationships with people that you trust so much because you’ve known each other for so long. We have amazing people here who have been here for 36 years in really dynamic roles”.

HP has turned its exceptional human capital into consistent growth, despite the challenges of the Covid era. Hill took on his current role just before the pandemic hit. Covid saw HP’s US stocks nearly halve in value. Since then, the company has made a remarkable recovery as the increasing need to work from home pushed the sales of computers, printers, and other hardware and software. Soon HP saw “higher demand than ever before”.

For Hill, channelling this success into helping the wider community became HP’s new goal. In his words, they needed to do “the right work, to make sure that we were supporting smaller businesses as best we can. Our channel partners are really important to us, so we put in all sorts of measures: extended credit, guaranteed rebate, ways that, as a big organization with a strong balance sheet, we could help small organizations weather that initial storm”.

Covid has transformed every inch of the technology sector. Discussions around issues like endpoint-user cybersecurity are no longer only relevant to industry experts; they’ve become initiatives with a profound impact on the fast-growing crowd of (not always tech-savvy) remote workers. Hill believes that “the relationship with technology has fundamentally changed for both home users and business users…having the ‘right’ technology becomes really important”. This increased need to communicate from afar has seen technology rise in significance.

Beyond increased PC sales, HP has been investing in digital manufacturing and 3D print technology. This technology has the potential to “bring high-value production jobs back into New Zealand. It’s also going to help shore up some of our supply chain, a very issue topical at the moment”. In more tangible metrics, think of increased job openings, ultra-personalized goods, and producers that can oversee every inch of their manufacturing in-country.

Hill points again to the Covid pandemic as a critical instance of this technology’s promise. During the pandemic, the increased need for PPE caused HP to pivot their in-country printers to produce face shields for healthcare workers. “There were a whole lot of families in New Zealand worried about their loved ones, and we were able to provide them with a little bit of comfort around having the right PPE”.

Hill’s commitment to New Zealand is perhaps even more impressive than his 20-year stay in one company. Across the board, big thinkers and big companies in tech are relocating overseas in search of better funding and support networks. Yet Hill believes that the New Zealand industry has untapped potential, “our time zone is more of an advantage than people think in terms of alignment to Silicon Valley. There’s a big part of the day where we’re both working, and we should be able to make better use of that. There needs to be more support between New Zealand venture capital and the government to take products from start to finish. That’s how we create industries here where people can leverage off each other…and create that ecosystem of companies that synergize well and lift the sector”.

As a proud Kiwi himself, Hill is dedicated to ensuring that the global power of HP benefits New Zealand. Moreover, it’s about adapting global technologies for the attitudes of a New Zealand market. One of Hill’s interests is ensuring that a global producer like HP remains sustainable within the New Zealand environment, protecting the land and people valuable in tikanga Maori.

Policies and programs to this effect include HP’s 2030 pledge to slash carbon emissions in half and their involvement in Tech Collect New Zealand, running e-waste recycling (recently launched in 16 Noel Leeming stores and various schools nationwide). Each New Zealander creates on average 20 kilos of e-waste each year, of which only 2% is recycled. Hill hopes these initiatives, coming from a global company, will set new industry standards.

These future standards are focused on building sustainability and diversity. HP’s Rainbow Tick, Women Impact Network, and partnership with TupuToa to work on their Te Tiriti o Waitangi obligations speak to their commitment. Inclusion is another of Hill’s passion projects: “I’ve got two young daughters, which makes gender diversity very close to home for me. Fundamentally, I believe you need diversity of thought to get the right outcomes…it’s not just about being welcoming to all types of people, but actively going out there and seeking those who aren’t within your organization.”

It’s an approach that seems to be working, with HP New Zealand staff having a gender balance of 40% women (50% within their leadership team), a figure nearly double the rest of the industry. Hill is proud to say that “the HP way has been world-leading since Bill and Dave founded HP in 1939, and it’s our history that enables us to do what we do”.

Hill himself remains dedicated to his mission of inclusion and sustainability, or “doing things the right way”. Having an industry leader like Hill in New Zealand is undoubtedly the first step in mentoring the next generation of tech entrepreneurs. His advice for anyone starting out is that “you can do more than you think you can do. People will support you when… you’re vocal about where you want to go and willing to work hard”.

As for the future, he notes that “HP will be investing where they see opportunity. We need to show that New Zealand is that place, that we’re early adopters, a mature market, and that there are lots of reasons to invest here because there’s lots of innovation. For anyone who sees something in the article and thinks there’s an opportunity for them, they should reach out”.