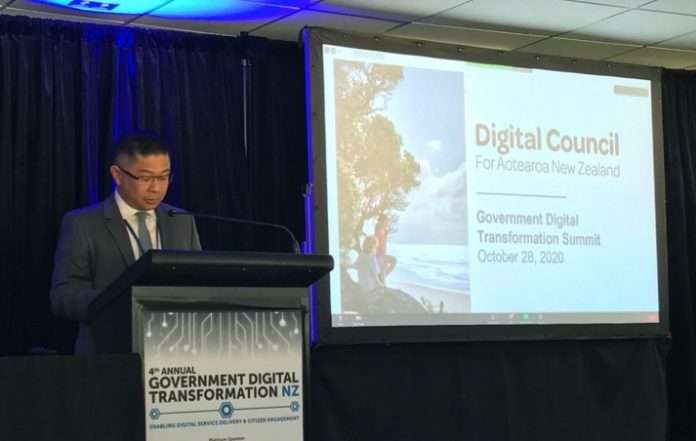 Mitchell Pham is chair of the Orwellian-sounding Digital Council for Aotearoa.

And Pham is a digital believer. He believes in the power of technology to make a difference for people. Long and very governmental wording describes the scope of the council’s remit, but Pham’s elevator pitch is concise.

“We’re here to ensure no one is left behind.”

They have their work cut out. The council considers a full fifth of New Zealanders to be digitally excluded. It’s a view backed by frontline findings from Citizen’s Advice Bureaux (CAB).

Over a three month period CAB recorded 4,379 people – 10 per cent of its clients – unable to participate in society because services and information were online. Published in February last year, the CAB data shows exclusion affects all age groups more evenly than you might expect, but Maori and Pasifika are over represented.

Pham says there is no single culprit and no silver bullet fix. Combined issues of access, affordability, skills, trust and a simple lack of motivation all build the barrier to digital entry. But the public aren’t the only ones vulnerable to exclusion.

“What we’re seeing is most senior leaders in government agencies, as well as the layer above, are actually part of the digitally excluded,” says Pham. “Just because of where they come from, where they are now is not at the frontier of digital transformation.”

While Pham’s adamant people in government mean well, knowledge deficits leave them without a full understanding of what digital means and how it impacts the economy, society and community.

“If the captain of the ship doesn’t understand digital then it’s much more difficult for the rest of the crew to implement digital activity,” said Pham. “But more importantly, the organisation will have less confidence in doing things digital, less trust in digital and less trust in working with industry and the community on digital.”

When Pham speaks about how the council can help close the gap between government, industry and the community, he sounds like a connector. He wants to wield his entrepreneurial skills to make things happen. He acknowledges it’s been a steep learning curve for him and the council team, all of whom come from outside government.

His consultative approach is in sharp contrast to the temperamental relationship between big tech and big government sometimes seen in public. Last year’s tit for tat skirmish between then Government Digital Services Minister Kris Faafoi and Trade Me founder Sam Morgan, over COVID-19 contract tracing, looked bad for everyone.

Pham aims to build bridges, rather than burn them. Ask him who he thinks the most interesting person in NZ’s tech sector today is and he names David Clark, the minister for Digital Economy and Communications. Pham says it’s great to see how Clark is grasping the digital domain, reaching out to learn from industry and to hear from the community.

Having dropped a report on Clark’s desk in April – Towards trustworthy and trusted automated decision-making in Aotearoa – the Digital Council has given the minister seven clear, but big picture, recommendations to action. Among them is increasing the digital skills and knowledge of public sector leaders.

Formal advice is the crux of the Digital Council’s role. It is advice aimed at helping government understand what’s happening in the digital landscape and how it is affecting people. Pham believes starting with trust is paramount.

“When you look at these processes in government, currently, most of them do not include – at all – the people who they impact.”

Having delivered recommendations for trust, this year’s research focuses on inclusion. Pham sees both trust and inclusion as essential foundations.

“You can accelerate innovation,” says Pham. “You can do all kinds of things with blinkers on, and you could end up excluding a whole lot of the population. So, inclusion is the next most important layer of the foundation of a digital nation.”

Once that foundation is in place the council will turn to innovation in 2022. Its recommendations here will be the most anticipated.

“[Once] we know how to get trust right and how to get inclusion right, then we can be as innovative as we like and we won’t end up excluding anyone,” says Pham.