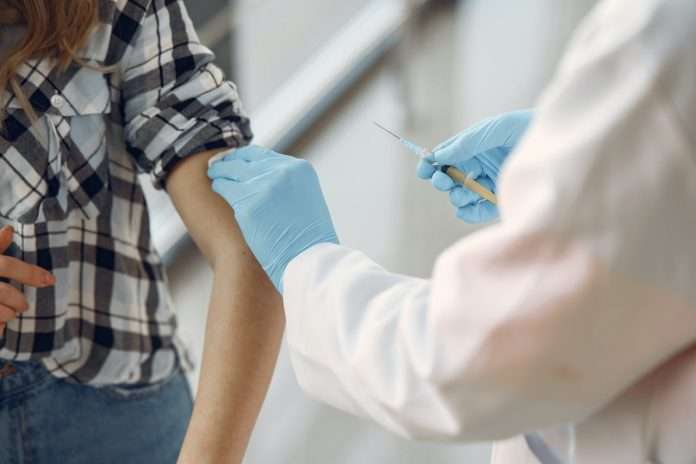 That was President Biden speaking to a NBC reporter on the weekend.

It seemed a spontaneous comment – not part of the general press briefing – but it continues a pattern of the Biden administration in challenging the power of Big Tech.

Biden’s troubled at the growing numbers of unvaccinated Americans who are becoming infected with the Delta variant – especially in the South.

He sees the platform’s lack of action around the anti-vax posts it hosts as the smoking gun.

Like Biden, many see Facebook’s News Feed, as a place of popular misinformation, believing its algorithm helps promote and spread dangerous, anti-scientific content and pressure on Facebook and others is growing.

They accused the social media platforms of targeting people of colour and Black Americans specifically, communities who have suffered the worst health impacts of the virus and whose vaccination rates are lagging.

Facebook cited in its defence that it has removed over 18 million instances of COVID-19 misinformation. It says that it also labeled and reduced visibility of over 167 million pieces of inaccurate Covid-19 content and no longer accepts ads about vaccine hoaxes or ads that discourage vaccines for any reason.

It also points to the 30,000 people it has employed in safety and security teams in the past few years.

What Facebook doesn’t say is that ads that advocate against legislation or government policies around vaccines are still allowed on the platform, as are unpaid personal posts that advocate an anti-vax message or that social media influencers had a full year to sow doubt about Covid vaccines before it took significant action.

Zuckerberg’s few personal comments on the issue don’t inspire a lot of confidence.

“If someone is pointing out a case where a vaccine caused harm or that they’re worried about it—you know, that’s a difficult thing to say from my perspective that you shouldn’t be allowed to express at all,” he told news site Axios last year.

Zuckerberg himself has felt the fury of the anti-vax brigade when he posted a photo of his daughter getting a routine vaccination in 2016, although there’s no doubt that he’s in the pro-vax camp endorsing the book On Immunity in 2015 – “The science is completely clear: vaccinations work and are important for the health of everyone in our community,” he wrote.

“I understand where they are coming from and that they want to promote civil engagement but at the same time, if their intention is to reduce the amount of anti-vaccine misinformation, they are not addressing the largest source of that misinformation.”

According to the Centre for Countering Digital Hate – a UK/US non-profit NGO – those offenders number just twelve and it has dubbed them the “disinformation dozen”.

Among them are pseudoscience physicians Jospeh Mercola and Christine Northrup, various wellness coaches and bodybuilders, and Robert F Kennedy Jr, the nephew of President John F Kennedy, who has more than 300, 000 followers on Facebook.

CCDH chief executive Imran Ahmed believes that Facebook, Google and Twitter have been ineffective in removing the dangerous misinformation and recommends that all twelve should be de-platformed immediately before the problem gets any worse.

We all have that strange “friend” on Facebook who, out of the blue, starts sharing false theories like vaccinations cause autism, instil a microchip or alters your DNA (or maybe you just used to follow M.I.A or Pete Evans on Instagram.)

For those of us firmly in the pro-science camp, seeing the number of likes and shares on such posts before we hit the unfollow button, is a timely reminder that the NZ anti-vax movement has found a powerful echo-chamber on Facebook.

In Fiji Covid infections continue to soar, partly because of the strong anti-vax message communicated through its religious communities and their social media channels – (recently Fiji’s rugby team abandoned a plan to wear jerseys supporting Covid vaccinations at the Dunedin test against the All Blacks because of opposition from its players.)

Expect the NZ anti-vax movement to grow as the vaccines are rolled out here on a wider scale in the coming months.

According to the Ministry of Health approximately 25% of New Zealanders say they are either unsure whether they’ll get vaccinated, or they won’t get vaccinated at all; and, as of the end of June, 1,600 border workers are still unvaccinated, with many citing disproven anti-vax theories as a reason.

Stuff reported that general practitioners are questioned every day by patients who have clearly been influenced by misinformation they’ve read onout social media.

Despite our Prime Minister leading the charge to pressure social media platforms to eliminate terrorist and violent extremist content in the wake of the mosque attacks in 2019 – we are still largely dependent on those platforms regulating themselves.

But there are signs that the message is slowly getting through.

In April, Facebook removed the Advance Party’s pages because of its anti-vax stance.

The government is also shoring up its power.

The Internal affairs Minister Jan Tinetti announced last month that it was designing a “modern, flexible and coherent regulatory framework” to ensure New Zealanders were protected from harmful content.

The intent of the review is to create a legal framework that would guide companies like Facebook and tie it to New Zealand law.

But will that be enough?

In his 2020 book Anti-vaxxers – How to Challenge a Misinformed Movement, which follows the anti-vax movement from the 19th century, Jonathan M. Berman says that anti-vaxxers rarely change their minds because someone has given them a list of facts.

He argues that anti-vax activism is closely tied to how people see themselves as parents and community members and that any effective measures to change their minds will emphasise these cultural aspects; while battling social media posts, is a worthy cause and one governments should pursue, it’s unlikely that it alone will change people’s minds.