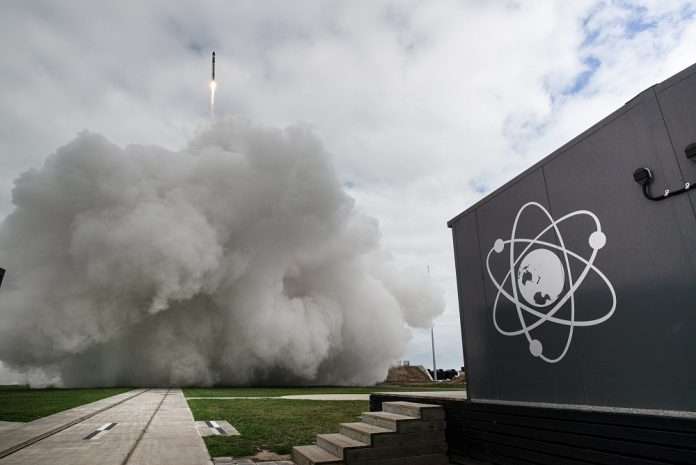 In a world where data is rapidly becoming the most powerful weapon, Rocket Lab’s cooperation with foreign militaries – where they fulfil private contracts launching military-funded satellites from New Zealand soil – is a sensitive issue.

In an interview with theBit, the Green Party’s Security and Intelligence spokesperson, Tuiono, highlighted the need “to stop other countries’ armies [from] sending military payloads into space from New Zealand that will help them wage war. New Zealand’s space industry appears to be using [launches] for that exact purpose”.

The proposed amendment would prohibit military-based hardware launches within New Zealand, such as Rocket Lab’s recent ‘They Go Up So Fast’ launch of the US military-affiliated Gunsmoke-J. Though the current version of the Act allows the minister to veto launches, the legislation does not explicitly prohibit military hardware. At least 13 launches for the US military and intelligence have been carried out to date. Gunsmoke-J is only the most recent iteration, an experimental 3U CubeSat designed to improve US Army capabilities.

But precisely how much danger do these launches pose? Under the current Act, the Ministry of Business, Innovation, and Employment must thoroughly investigate each launch proposal and give them the green light. This process ensures that each launch preserves New Zealand’s “national interests”.

A Rocket Lab spokesperson stressed the high standards of existing legislation, which “will not approve payloads that…contribute to nuclear weapons programmes or capabilities…support or enable defence, security or intelligence operations that are contrary to government policy…[or] are likely to cause serious or irreversible harm to the environment”.

Yet there is a lack of clarity around the purpose of many launches funded by the US army. US research and development funds satellites that fine-tune geotargeting capabilities, a technology used for both army missions and innocuous rescue ops.

Projects funded by the US military even include ordinary and necessary programs. As said by a Rocket Lab spokesperson, “New Zealanders rely on defence satellite technology every day…things like Google Maps are enabled by GPS, a satellite system owned and operated by the US Air Force”. This range of purpose is part of how satellites like Gunsmoke-J are allowed to launch, despite worries that targeting data could advance US missile accuracy.

The technology within Gunsmoke-J aims to expand on a previous Army demonstration that used satellite images and artificial intelligence to quickly detect and respond to potential threats, enabling ground troops to react efficiently. Current satellite capabilities are often too slow to make any tangible difference to ground troops. The exact specifics of this is unclear.

Rocket Lab’s press statement explains that the rocket will “test technologies that support development of new capabilities for the US Army”. Meanwhile, US Army spokeswoman Lira Frye has stated that its potential includes assisting “the ground force commander in long-range precision fires and other activities”, a much more adversarial purpose.

The issue with data is how easy it is to weaponise, even if seemingly non-threatening at first. Many military contractors aren’t just selling traditional weapons, they’re also selling weaponized data. This was the case with the 87 million personal records Cambridge Analytica collected from Facebook and repurposed into highly personalized pro-Trump advertising campaigns in order to influence the 2016 US election.

Look at the Pegasus spyware developed by private Israeli company NSO, which is capable of collecting sensitive user data 24-7 and currently contracted to governments worldwide. Though the technical details are different, the software operates from a similar base principle as Gunsmoke-J: that widespread and fast-acting data collection and response will enable governments to pick up on new kinds of threats.

The issue with Rocket Lab facilitating more data collection for the US military is then the potential scale of the foreign governmental power they enable. Moreover, it is a type of power historically enacted against specifically targeted groups of people. Is this type of influence something we want militaries to have?

Rocket Lab itself maintains that its launches will not aid weapons development. Speaking to The Bit, a Rocket Lab spokesperson gave the following comment: “Rocket Lab does not and will not launch weapons…[or] satellites that contribute to nuclear capabilities. We are steadfast in this commitment. We agree that New Zealand’s space activity should be safe, sustainable and for the benefit of humanity….New Zealand law governs all satellites launched from New Zealand. This law is very strict about what can and cannot be launched. It is not permissible to launch weapons, nuclear or conventional, under this legislation”.

Speaking specifically on the capabilities of Gunsmoke-J, the spokesperson commented only that the recent “Gunsmoke-J payload is a test technology demonstrator, not an operational payload. Copies of the approval certification to confirm this are available from the NZ Space Agency”.

Regardless of weapons potential, the launches also degrade the whenua and moana of the launch site, Mahia; launch byproducts often end up polluting the environment. Mahia’s remote location and clear skies may make it ideal for launches, but these same conditions also occur in areas where the local wildlife and environment are not at as much risk.

Tuiono’s stance remains firm, “initially we were told by Rocket Lab that their launches were to be used just for science and innovation,…that has extended into launching military payloads. The line with Rocket Lab keeps shifting and it’s time the government reined them in…I don’t think we can leave it to corporations to do a better job. What will provide certainty for them and for everyone is clear regulation around environmental impacts, engagement with tangata whenua, and of course the launching of military payloads”.

Yet it remains tricky for New Zealand to tighten legislation against one of its fastest-growing profitable industries. Rocket Lab’s activities provide an estimated 12,000 jobs, contributing $1.69 billion to the New Zealand economy in the 2018-2019 financial year alone. As the global space economy sits at around $647 billion, this number is only set to rise. Mahia remains a low-cost location for private launches and lucrative addition to New Zealand’s economy.

We must ultimately ask if we are willing to accept the potential harms to secure the considerable funding and investment provided by the US army. According to Tuiono, “it cannot just be about money. When money is the main motivation, it causes problems, and that is what we are seeing with Rocket Lab”.

“Being too attached to US military interests is a big mistake [New Zealand] repeat[s] over and over again. It runs counter to our independence and means that other countries…invariably see us in that frame”.

In particular, “New Zealand’s interests are not served by the American-led Five Eyes, and we won’t have a truly independent foreign policy while we remain a member. We have been rightly criticised by other countries about our membership in Five Eyes and for me, there’s no upside to New Zealand remaining subordinate to America”.

Approximately one month after the announcement of Teanau Tuiono’s proposed amendment, the Bill currently has ten supporting MPs listed. The ten are all Green Party MPs. When it comes to continuing momentum on the Bill, Tuiono sees it as a process of asking the right questions about an industry hesitant to give answers. We can start by continuing to demand a response about “what happened to the National Reconnaissance Office (NRO) satellites that were launched?…When will the Gunsmoke-J payload…be used in live combat? I don’t accept Rocket Lab’s word that they can separate out military from peaceful uses [when] the satellites…are integrated into the whole US military system”.

The US NRO’s existence remained unacknowledged until 31 years after its establishment, and yet it operates one-third of publicly-known US satellites and data collection. Tuiono’s Bill hopes to ensure that we do not remain in the dark about the impacts of Gunsmoke-J for another 30 years.