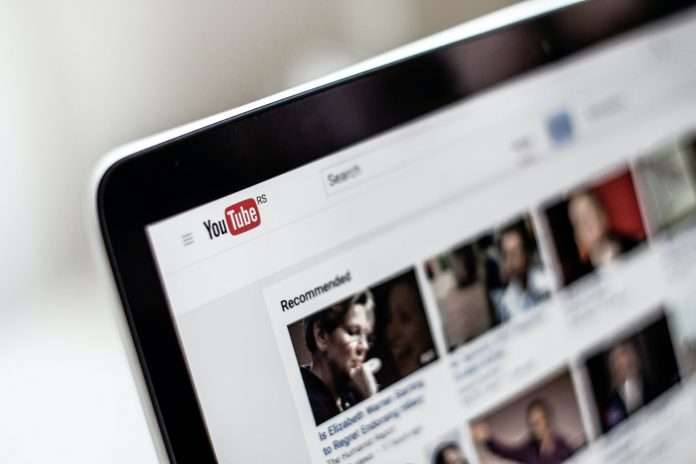 YouTube has announced that it has more than two million creators in its YouTube Partner Program and has paid more than $30 billion USD to creators, artists and media companies.

“YPP continues to be one of the largest drivers of the creator economy in the world,” said Neal Mohan, YouTube’s chief product officer in a blog post.

“Creators who are part of YPP can make money and earn a living from their content on YouTube with ten different monetisation features (and we keep adding more), from advertiser revenue to selling merchandise,” Mohan elaborated.

Moran went on to say that in the second quarter of 2021, YouTube ad revenue hit a record $7 billion and the company paid more to YouTube creators and partners than in any quarter in their history.

However, creators wanting to share in the largesse do have to tick a few boxes.

You must have a YouTube channel with at least 1,000 subscribers and 4,000 hours of overall watch time in the past 12 months and you’ve got to keep on churning out quality content because YouTube may disable monetisation on channels that haven’t uploaded a video for six months.

Still, it’s proven a lucrative income for a growing number of Kiwi YouTubers – among them Mt Roskill based Viva La Dirt League who describe themselves as – “A bunch of nerds who play games and make comedy sketches about games.”

The trio film their own live-action episodes and their decade-old YouTube channel now has 3.42 million subscribers along with a merchandising store that sells t-shirts, coffee mugs and branded hoodies. Its net worth is estimated to be $1.03 million a year, 18.1K NZD in the last 30 days.

The YouTube Partner Program kicked off in the halcyon days of 2007 when there were limited ways for creators to monetise videos on the platform.

Back then YouTube content was of poor quality and produced chiefly by enthusiasts who had no plans for making money on the site.

Indeed, when ads were introduced in 2006 then YouTube CEO Chad Hurley thought that there were better ways for people to engage with brands than forcing them to watch a pre-roll commercial before seeing the content.

It hasn’t all been smooth sailing; advertisers boycotted the platform in 2018 over inappropriate videos and YouTube cut the number of paid channels, and instituted new thresholds and guidelines.

Still – fast forward to 2021 and the content creator industry is valued at over $100 billion, consisting of more than 50 million independent content creators, social media influencers, bloggers, and videographers.

Today a leading YouTube star like (controversial) Swedish YouTuber PewDiePie, who has 110 million subscribers, is pulling in an estimated $15.5 million USD a year.

TikTok at its heels

Mohan’s statement comes at a time of intense competition in the video sector.

The rise of video in the last five years has surprised many.

Instagram Reels, IGTV (recently the head of Instagram announced that it was no longer just a photo sharing app but one with video and entertainment at its core), Twitch, SnapChat’s Spotlight, FaceBook Watch and especially TikTok – has seen YouTube become more active in retaining and paying creators.

In turn, those creators are becoming a lot more savvy around their market value.

At this point, YouTube is the grand old dame of online video.

The $1.65 billion USD Google spent acquiring it in 2006 was the best money it ever spent. It’s just that YouTube no longer has the sector – and its all-important advertisers – all to itself.

Few expected TikTok to become as popular and powerful as it has become.

A key difference between TikTok and YouTube is the ease of use TikTok gives creators; users can film up to 60 seconds of footage, edit and upload it all in the app.

YouTube creators tend to shoot then edit using Final Cut Pro or other software and YouTube doesn’t have an in-app editor.

“I think that we have the makings of a really fun and powerful product [YouTube Shorts]…” said Mohan when queried on this by The Verge.

“But we’re by no means done. So the answer, in short, is yes, we should be doing a lot more.”

TikTok also presents differently for users, never presenting a list of recommendations to the user as YouTube does, and never asking the user to explicitly express intent — which leads to new content discovery.

No one’s knocking YouTube off its digital video pedestal just yet – over a billion hours of video is watched on the platform every day – but YouTube’s clearly aware of the growing competition.

When the pandemic hit, TikTok became the most downloaded app in the world; kids aged four to fifteen now spend almost as much time watching TikTok as they do YouTube videos.

In May YouTube, no doubt wary of TikTok’s growing popularity, ponied up a $100 million USD fund for creators on its TikTok-like YouTube Shorts platform which launched last year.

That initiative followed TikTok’s own creator fund which will distribute $1 billion to top creators in the US in the next three years.

That was key to the platform as, unlike YouTube, TikTok doesn’t share ad dollars with influencers. Its creators made money through brand partnerships and merchandising.

TikTok is also expanding its demographic and recently saw Uber driver and 42-year-old mother, Tabitha Brown, become the face of the vegan community after less than a year on the platform.

She has since signed with CAA, has a job presenting on Ellen online, and is featured on the cover of Vanity Fair.

In many ways, the power balance has shifted in the last few years in favour of the creators who are not so brand or platform reliant and are acting more like direct-to-consumer businesses.

An increasing number of influencers work with talent agencies like NeoReach to help them maximise the best deals for them and their audiences.

There’s even a Glassdoor like a review platform – F**k You Pay Me – where influencers can anonymously share their experiences collaborating with different brands and search crowdsourced compensation data, making it easier to figure out what price to charge for their services.

Fashion and beauty blogger Brittany Xavier, who has 1.7 million followers on Instagram, 4.1 million on TikTok, but just 257 K subscribers on YouTube, told Vogue Business that the rise of new platforms and brand expectations saw her experimenting with multiple platforms.

“I would say that 30 per cent of my campaigns are now TikTok, and it added an additional 40 per cent of revenue.”