Alimetry: The Auckland startup that wants to digitise your gut

16/07/2021
0
0
HomeDeep diveAlimetry: The Auckland startup that wants to digitise your gut
Deep dive

Alimetry: The Auckland startup that wants to digitise your gut 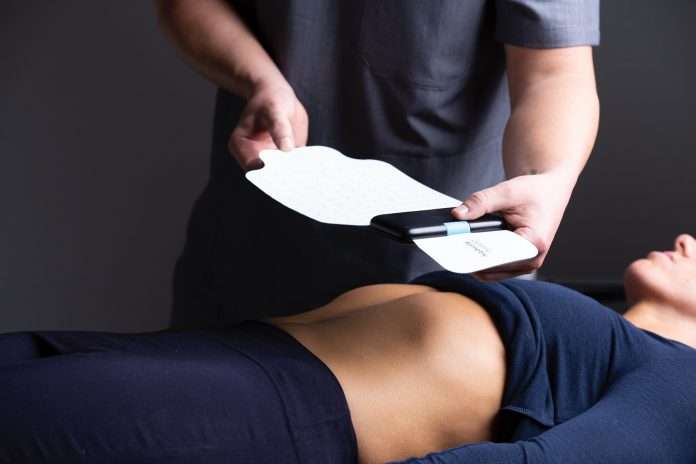 Patients suffering from gastric dysfunction may soon have an alternative to invasive endoscopies and diagnostic procedures, thanks to a wireless medical device designed by an Auckland-based startup.

Alimetry, a spinout of the Auckland Bioengineering Institute at the University of Auckland, has released a wearable device that can help doctors diagnose the contributing causes of common symptoms such as abdominal pain, indigestion, nausea and vomiting in their patients.

Worn over the stomach, the device consists of a stretchable array containing 64 electrodes. Much like the way an ECG records the electronic signal of the heart, Alimetry’s device, known as Gastric Alimetry, can measure the comparatively weaker signals coming from the stomach and produce accurate reports clinicians can use to treat patients.

Alimetry co-founder and CEO Professor Greg O’Grady says the pioneering device has involved a decade of R&D into high-resolution body surface recording, and is a huge leap forward for bioelectronics and gastric diagnostics.

“Just like the heart, the stomach has its own electrical activity that controls it,” he says. “But it’s a lot more difficult than with the heart… the signals are 100 times weaker.”

A general and lower gastrointestinal surgeon at Auckland Hospital, O’Grady says work on the device began 10 years ago at the Auckland Bioengineering Institute in response to the difficulties clinicians faced when diagnosing gastric issues, and the resulting patient frustration. The science, supported by grants and funding from the Health Research Council, the US National Institutes of Health, and Callaghan Innovation, matured about two years ago, allowing the company to be founded to make the products.

In late 2020 the company completed its Series A funding round, led by the Australian arm of the IP Group, a publicly listed fund that specialises in university startups. The round was completed by UniServices Ltd – the university’s investment fund – along with Matū, a New Zealand early-stage science and deep-tech venture capital fund.

With the hardware made in New Zealand and the stretchable array made in the US, O’Grady says the device will fill a vacant space in a market devoid of adequate gastric diagnostic tools.

“More than 10% of the population carries around with them some kind of gastric symptoms. So these problems are so big and important that this is just the beginning of what will be a whole new market category, I think.”

He adds that knowledge of the bioelectric nature of the stomach has existed for many years, but up until this point there’s been no viable way to convert it into high-resolution data.

“We’ve known for 100 years that the stomach is electrically active, and people have been trying this for that long. But a lot of the techniques were not sophisticated enough. They looked at the wrong biomarkers, and they were too technologically limited to extract useful information.

“It’s not until you go to a really high-resolution sophisticated solution that you start to extract the data you need to yield answers to patients’ symptoms.”

Designing and manufacturing a completely wireless diagnostic device without the expected “spaghetti of wires,” has not been straightforward. O’Grady says creating the high-resolution platform was “extremely difficult”, especially since his team had to design the manufacturing process along with the device itself. The other big challenge, he says, was developing the algorithms needed to actually crunch the data when the device is being used.

The patient wears the device after eating a meal and keeps it on for about four hours. It reads the stomach patterns, and wirelessly sends the data to a hand-held device the size of an iPad mini, and then to a cloud-based server. The server then uses algorithms to produce a detailed report for the clinician.

While the current device is designed for the stomach, O’Grady says the technology has potential for diagnostics of other areas of the gut.

“We had some published feasibility work showing you can also do this on the colon. At the moment, the product is focused on the stomach, but we’re looking at the colon very seriously for future products.

Now in controlled market release, Alimetry will be gathering clinical evidence over the next year with a full launch planned for 2022. The device has regulatory approval in New Zealand, and in April 2021 achieved CE Mark Certification – the regulatory approval needed for medical devices to be sold in European countries and the UK.