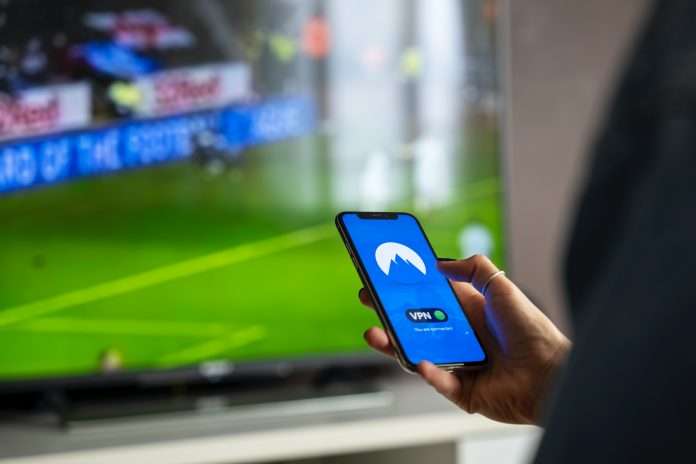 A VPN is the best tool for anyone in need of keeping their data private and identity anonymous while surfing the web. Short for virtual private network, VPN services are more popular than ever before due to the rise of cybercriminals stealing sensitive information from unsuspecting victims. Still, there are many of us that will ask “what is a VPN?”

Think of it as a cloak of invisibility. When using a VPN, instead of your real IP address showing up when browsing the internet so your internet service provider (ISP) can identify you, the internet will only see the VPN server’s IP address and location. This makes you anonymous, and better yet, a VPN server can be placed anywhere in the world. Even if you are in New Zealand, any app or website will believe you’re a resident of any country around the globe. Neat, eh?

By keeping your online activity encrypted and your identity anonymous, VPN services provide the best protection for high-level cybersecurity analysts and the common user alike. Sure, a VPN can let you endlessly browse through country-specific shows on different streaming services — from Netflix to Amazon Prime Video — but its perks go well beyond entertainment. From boosting your internet speeds to bypassing geo-restricted content, there are many reasons why a VPN comes in handy.

Why you (might) need to use a VPN in New Zealand

Anonymity is a key benefit, but a VPN service can help you unlock an ocean of new content, too.

New Zealand’s Netflix library is short by 1,000 TV shows and films when compared to Japan, the USA, and the UK.

If you’ve binged your way through Friends one too many times, it’s time to take your viewing abroad. Plus, the best VPNs can provide you with a New Zealand IP address, meaning kiwis outside the region can stream shows on TVNZ, Newshub and Māori Television.

From security features and internet speeds to bypassing geo-restricted services, we’ve tested and put together a list of VPNs that you should opt for. Here are the best VPN services for New Zealand.

With exceptional internet speeds, brilliant pricing, a huge number of servers to connect to and multiple security features, it’s hard to fault NordVPN.

NordVPN combines the very best speeds with brilliant security. It has AES 256-bit encryption, perfect forward secrecy, and two security protocols including OpenVPN UDP/TCP and IKEv2/IPsec. However, users will most likely be using NordVPN’s very own VPN protocol based on WireGuard, called NordLynx. It’s without a doubt the best protocol to use, as it offers the best speeds and security and works in every country. With more than 20 servers in New Zealand, users can also expect wicked speeds capable of streaming content in higher resolutions, all while staying anonymous. It also boasts a CyberSec feature to avoid ads and mainly protect you from malware,

Quick verdict: While it only offers a maximum of six supported devices, users can still set up a VPN to their router to connect to an unlimited amount. If you’re in need of reliable speeds and security, look no further.

There are very few downsides to using ExpressVPN, and it keeps getting better over time. By introducing its impressively speedy Lightway protocol, the service just got faster for the same price. So much so, that using this VPN service can actually increase your internet speeds.

ExpressVPN offers multiple security protocols including OpenVPN, L2TP/IPsec, IKEv2, and its very own Lightway protocol. Even better, it uses 256-bit AES encryption which is nearly impossible to break. That, along with its no-log policy and Perfect Forward Secrecy so your encrypted data won’t be captured and deciphered later put any security fears at ease.

User accessibility is the real star of the show, offering easy connections for those who simply want to be anonymous, along with DNS leak prevention, split tunneling, a kill switch, and then some. It also works with a number of services, specifically including NZ streaming services like TVNZ and Channel 9.

While ExpressVPN isn’t the cheapest for the five devices it supports, it can also be used on a router thanks to the router app, meaning you can link all those devices and still be secure with one connection

Quick verdict: From its large number of servers that connect wicked fast despite its global reach, to its incredible accessibility for users, it’s the VPN service that will never disappoint.

Ivacy is a lightweight, easy-to-use VPN that’s fast and secure. With one of the best long-term deals, $1/40/month on a 5 year plan, it’s one of the most affordable VPNs on this list.

Compatible with all major streaming services, the best thing about Ivacy is its value. Long-term deals are significantly cheaper than the competition and best of all, one Ivacy subscription can be used on 10 devices and a subscription to Ivacy will give you a free premium password manager in Sticky Password.

Quick verdict: Ivacy is an easy-to-use VPN that’s great value for long term deals. Usable on up to ten devices you won’t need multiple subscriptions. Fast and secure this is a great VPN if you’re looking for something a little cheaper. WE reccommend the $1.40/month 5-year deal.

CyberGhost VPN is a fast and reliable VPN service, especially for streaming. While it’s disappointing it has difficulty connecting to Prime Video despite having optimized streaming servers for it, having servers dedicated to select streaming services across multiple countries is a stellar feature.

Its security features are at the top of the VPN game – offering AED 256-bit encryption, OpenVPN TCP/UDP, IKEv2, and WireGuard security protocol options (although not for all devices), a kill switch, DNS and IP leak protection, no logs, and split tunnelling (only on PCs). All that with fantastic server speeds and seven supported devices? Not bad seeing as you can get a three-year subscription for a fairly desirable price with three months included completely for free.

Quick verdict: With 10 servers in New Zealand, you can expect reliable internet speeds and stable connections when browsing websites anonymously. When connecting to anywhere else in the world, CyberGhost VPN also offers a premium service for streaming with tons of countries and fast P2P for torrenting.

IPVanish is a hugely reliable service that offers relatively fast and stable internet speeds, being able to bypass geo-restricted content (except for BBC iPlayer) without sacrificing speed. Having such consistent speeds is also a major plus for online gaming.

IPVanish provides the right security for a VPN service, so it would be virtually impossible for bad actors to obtain any of your private information. It uses 256-bit AES encryption, making data unreadable, and has multiple VPN security protocols. This includes OpenVPN UDP/TCP and IKEv2/IPsec, the main protocols any good VPN service will have, along with L2TP for mobile devices.

For a little extra, IPVanish also comes with 500 GB of backup cloud data, with further ransomware protection and VPN security. This option will set you back $4.58 NZD/month on an annual plan, or $12.99 NZD/month on a monthly plan.

Quick verdict: There are definitely more affordable VPNs offering a variety of better features, but if you’re after a reliable service, with the added bonus of having unlimited devices with simultaneous connections, IPVanish is a great choice.

Surfshark is without a doubt the best VPN service when it comes to cost, as the amount of different features it offers makes it superb for value.

Surfshark uses unbreakable 256-bit encryption, along with DNS and IPv6 protection, to prevent anyone from trying to get your real IP address. As for its security protocols, every country supports OpenVPN UDP/TCP, WireGuard, IKEv2, WireGuard, and Shadowsocks protocols. As you might have guessed, this includes servers in New Zealand.

One of Surfsharks best features is the maximum amount of devices it can support: unlimited. With one subscription, you could get your entire family and friends protected, which is more than enough value for money. While there can be some connection dips here and there, servers can be fast, offering brilliant streaming quality for multiple services.

Quick verdict: If security, ease-of-use, and plentiful privacy features are what you look for in a VPN, along with providing support for more devices than you can handle, Surfshark will work out swimmingly.